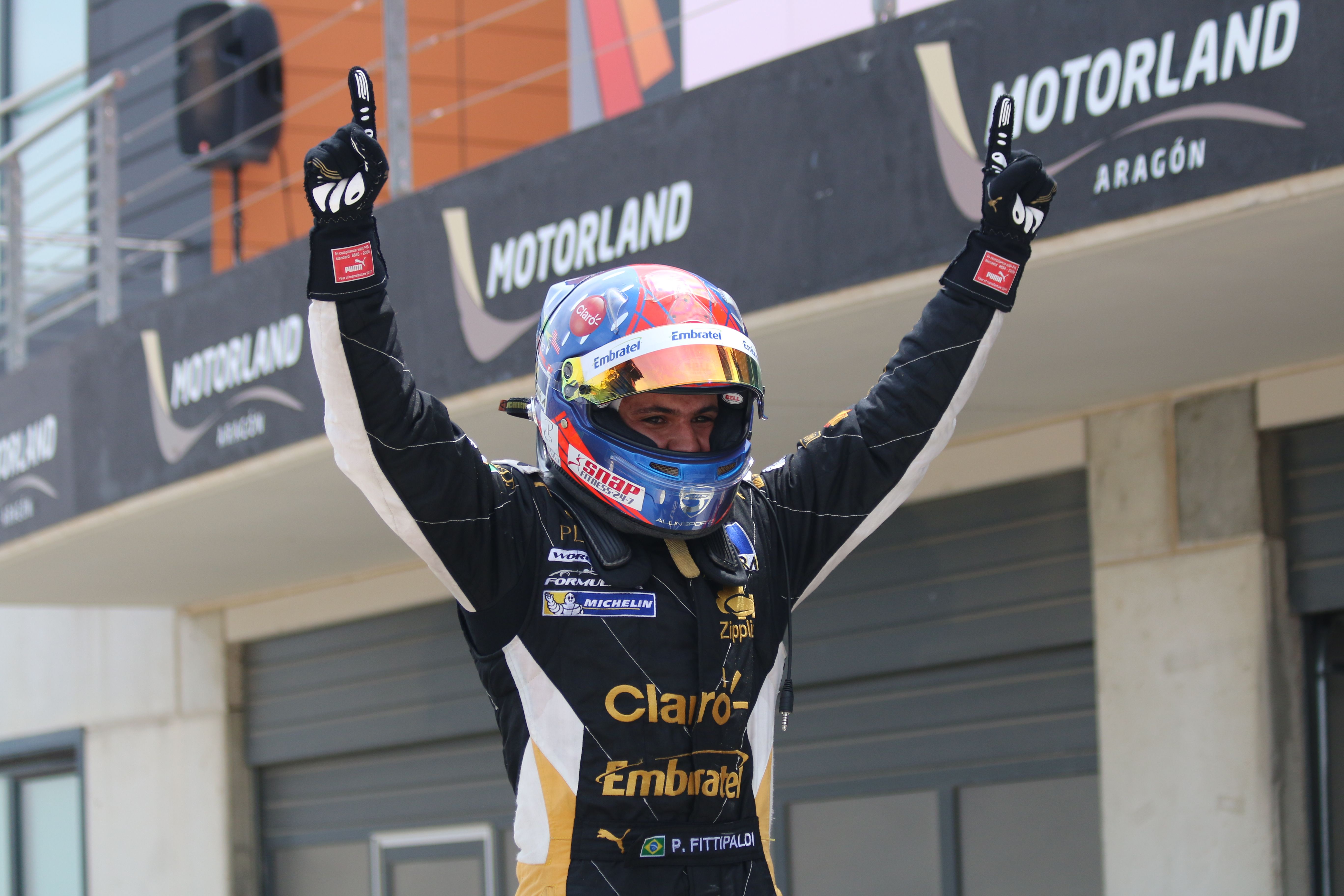 Pietro Fittipaldi has achieved the fourth victory of the season in the World Series Formula V8 3.5 Series in the second race of Motorland Aragón. Alfonso Celis and Egor Orudzhev complete the podium.

Pietro Fittipaldi started from pole position for the eighth time this season, managed to make a good start and maintained the lead. The Brazilian also saw how one of his direct rivals in the championship, Rene Binder (Lotus), abandoned the race.

The Brazilian has only had to worry about Alfonso Celis (Fortec Motorsports), who has staged a great pace after the pit stop. A pit stop that has also helped Egor Orudzhev (SMP Racing by AVF) to catch the third position.

The race has had some controversy as Konstantin Tereschenko (Teo Martin Motorsport), who was fighting in the initial laps with Fittipaldi, saw smoke coming out of his car. The Russian received the black flag with the orange dot, but has ignored it. When he stopped in the pits, the car caught fire, but remained on track. Finally, the Russian retired in an accident in which nobody else has been involved.

Now it’s Fittipaldi who leads the championship with 14 points over Binder. Third is Celis, 16 points down, while Nissany is fourth, 18 down; Orudzhev fifth, 19 down; and ISaakyan is sixth, 24 down.