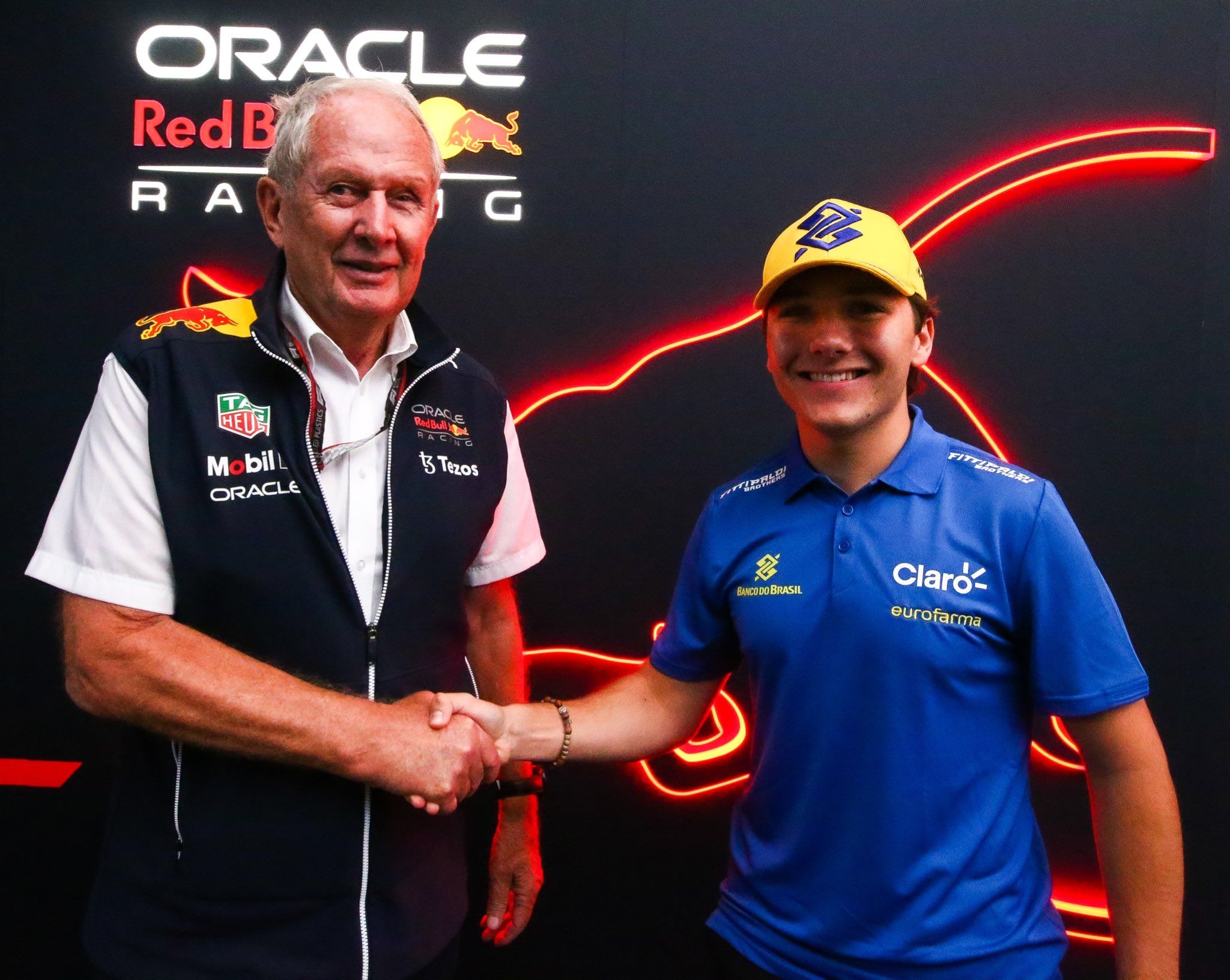 Enzo Fittipaldi has joined Red Bull junior team for 2023 as Alpine has confirmed release of Oscar Piastri for F1 test.

Amid the ongoing Brazil GP at Interlagos, F2 racer Fittipaldi has announced joining the Red Bull junior team for the 2023 season after signing a deal in the presence of Helmut Marko and Christian Horner with no further details revealed just yet.

Having joined the F2 grid last year, Fittipaldi is amid his first full season with Charouz. He started off slowly but has gradually secured results to be sixth in the drivers’ standings with 126 points tied with two other drivers in the fight for third in the standings.

While he is yet to win any races, Fittipaldi has had six podium finishes which has catapult him in this Top 3 fight, enough to warrant a place in the Red Bull ranks. “I’m very happy to announce that I will be joining the RedBull Family! Thank you Dr. Helmut Marko and Christian Horner for the opportunity,” the Brazilian stated.

His elder brother Pietro is part of the Haas family – the duo being the grandson of Emerson. Fittipaldi is to complete is F2 season in Abu Dhabi and is likely to continue in the championship in 2023 as further details of his Red Bull joining to be announced later.

In other news, Alpine has confirmed the early release of Piastri which will allow him to test with McLaren in Abu Dhabi. He already made his debut with the team in a private F1 test at Paul Ricard and he will drive the current machine at Yas Marina circuit.

“I can confirm that, in the end, we reached a settlement agreement with all parties involved, which enabled us to put Oscar in our car last week in Paul Ricard at a private test, which will enable us as well to then officially start working with Oscar on Monday after the last race in Abu Dhabi,” said Andreas Seidl.

“[That] Enables us as well to put him in the car, the current car, at the young driver test in Abu Dhabi, which is something we are very much looking forward to.” While there were notions of Alpine not allowing but Otmar Szafnauer noted that there was no reason not to as his time was anyhow to end on December 31.

“Season’s nearly at the end, and it was time to come to an agreement, and we did, and we’re happy that Oscar can start his McLaren career after the last race and Abu Dhabi and do the test,” he said, while also noting that Pierre Gasly is all but cleared to test with Alpine in Abu Dhabi after being allowed by Red Bull/AlphaTauri.