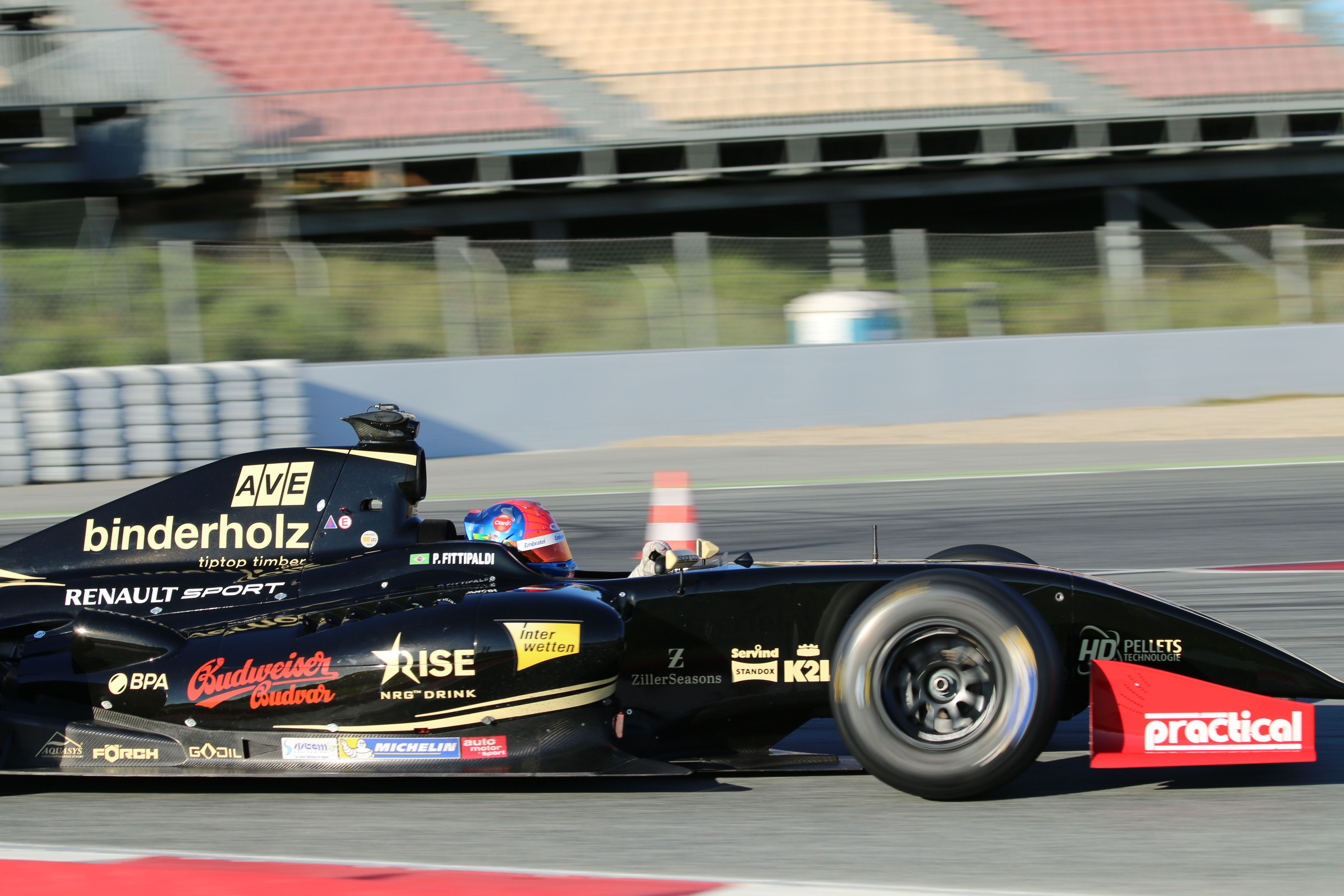 Lotus 3.5 Team is delighted to announce the team’s driver roster for the 2017 World Series Formula V8 3.5 championship. After cruising to a brilliant second place in the 2016 team standings with 350 points scored, three wins including a 1-2 finish, three poles and 12 podium finishes, the Lotus stable is looking forward to an even more impressive 2017 season.

Stability will be provided by the return of René Binder. The Austrian, born on the first of January 1992 in Innsbruck, handed Lotus their first podium of 2016 in race 2 of the series opener at Motorland Aragón. René, who is the grandson of former Formula 1 driver Hans Binder, showcased speed and consistency ending up seventh in the driver standings with 161 points.

Binder will be joined by a brand-new addition to the team, Pietro Fittipaldi. Grandson of two-time Formula 1 champion Emerson Fittipaldi, who entered his first four F1 seasons and achieved his first title in 1972 under the legendary Lotus colours, the Brazilian was born on the 25th of June, 1996 in Miami. He made his debut in the RPM MKTG-promoted series last season and proved to be one of the best rookies in business, capturing a podium finish in race 2 of the season finale at Barcelona and securing two rookie wins, one in the same occasion at Barcelona and one in race 1 at Silverstone.

René and Pietro are already working with the team and engineers, using the simulator to prepare for the World Series Formula V8 3.5 preseason tests beginning next March.

“I’m very happy to announce Pietro and René as our drivers for the 2017 season. I’m a good friend of Emerson and it is really a pleasure to welcome his grandson Pietro to our family. René has already demonstrated his speed during the last season and I hope we can score good results together as a team and in the driver championship as well“.

“Of course, having René back with us gives us the chance to continue the important work that began in 2016. We’re almost back in the same situation as in 2015, when Vaxiviere returned for a second season and fought for the title until the very last race. I’m also proud to welcome Pietro to the team. The Fittipaldi family wrote a big part of motorsport history in Formula 1, and I hope the same will happen in World Series Formula V8 3.5. Last season, Pietro proved to be one of the best rookies of the series and I’m sure we can enjoy a great season together“.

“It feels great to renew my contract with Lotus 3.5 Team and for the first time in my single seater career I will continue with the same team, which in my opinion might be even a little advantage. 2016 was a very important year for me so we just need to stay focussed and build on the five podiums that we achieved in Aragon, Paul Ricard, Silverstone and Monza. Lotus has definitely made me a better driver and I want to thank Bob Vavrik and Tony Charouz for their confidence”.

“I really enjoyed working with the team when we met last year for winter testing. It’s an extremely professional team, we did two test days and we topped morning and afternoon sessions. I felt really comfortable and I’m very happy to drive with them for 2017. 45 years ago my grandfather won the Formula 1 World Championship with Lotus and this is a great coincidence. I’m not competing for the Formula 1 title at the moment, but we’ll give all our effort to win World Series. Thanks to all my sponsors that made this happen, and especially Escuderia Telmex and all the people who worked on this project to support me”.

“We are expecting an exciting second season with Lotus and we hope that the World Series, thanks to its partnership with FIA WEC and under the new ownership of Dentsu Aegis, is heading into a promising future. Series promoter Jaime Alguersuari has laid crucial foundations and made it clear that despite working on a new technical package for 2018, keeping the costs under control will be their main priority. Teams and drivers welcome this strategic approach”.

“Escuderia Telmex is very proud to have signed for another season in this magnificent championship, again with Pietro Fittipaldi. This year will be the anniversary of his grandfather’s Formula 1 title, 45 years ago, with Lotus. In the same team name, with very similar colours we are running his grandson in the World Series. In testing, Pietro and the team were really competitive and the feeling was very optimistic. Escuderia Telmex thinks this is the ideal scenario for the drivers to develop their skills and become real professionals in what currently is the highest-level series before F1. The balance in terms of what the car offers from a technical point of view is incredible. It is an hard car to drive and prepares the driver really well. In addition, budget is also extremely convenient in terms of visibility. We’re proud to have races in Americas and Bahrain, as well as in the most important venues in Europe. We couldn’t ask for more with such a competitive budget. We believe in Pietro, we supported him from many years and we’re proud to announce, together with Lotus, another great season program in 2017”.

“The 2017 season will be my 20th in the World Series which started in 1998 as Formula Nissan. In 20 years, World Series has never been as important and influential as in the 2017 season which is about to start. Today’s driver presentation, with Lotus 3.5 Team announcing Binder and Fittipaldi, opens the door to young drivers coming from feeder championships like F3, EuroFormula and Formula Renault 2.0. The World Series events will run alongside the World Endurance Championship and this means access to millions of live spectators on television. Welcome back to both Pietro and René, the future starts today”.