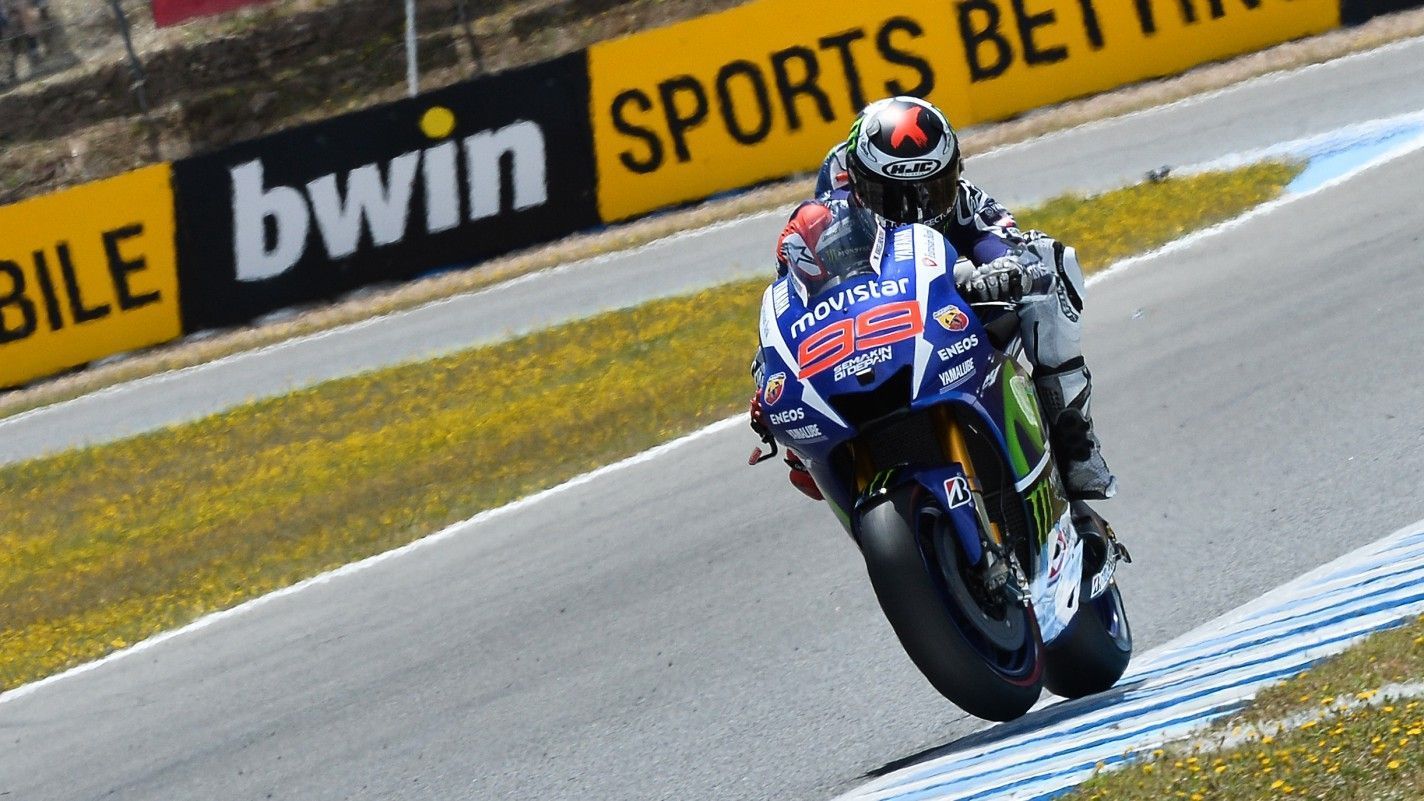 The Spanish Grand Prix of MotoGP, the fist that took place in Europe. In general, the riders had decide to start with hard tyres in the front and medium in the back of his bikes.

In the start, Iannone downs to 9th place as Lorenzo and Márquez kept their grid positions in front of Pol Espargaró and Valentino Rossi.

Lorenzo made a gap with Márquez, thanks to his record lap circuit, and led the whole race until the end. Pol Espargaró lost the 3rd place after been overtook by Rossi and Cal Crutchlow.

The Ducati’s today didn’t had a good day. Andrea Dovizioso who is second in the rider’s standings went off two times in the same lap, falling to last place. The Italian then managed to came back to ninth place. Iannone after his bad start overtook Aleix Espargaró in the final laps to finishes on sixth place.