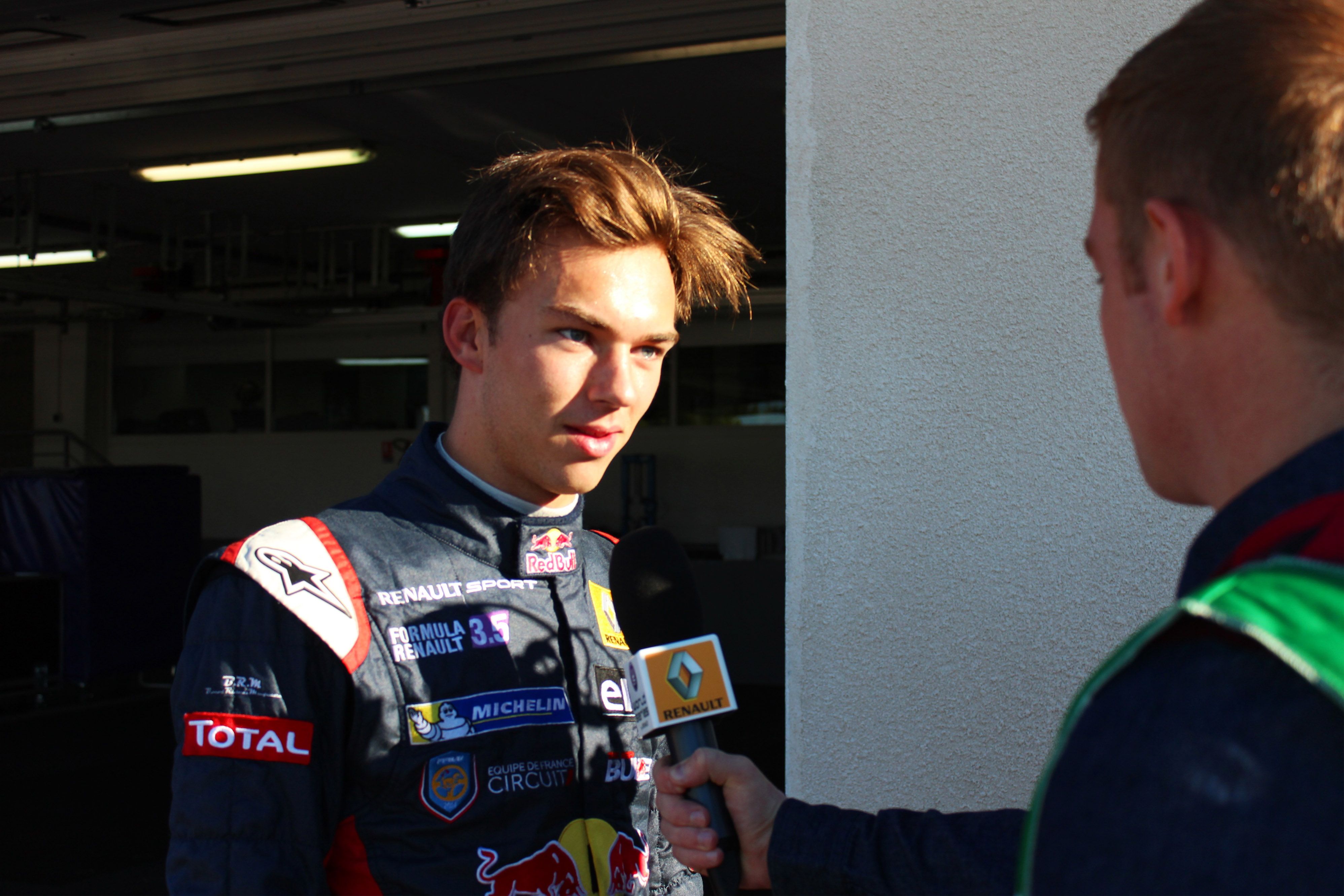 Pierre Gasly finally wins his first pole position of the year and in the Formula Renault 3.5 Series. After a domain by Sergey Sirotkin, a red flag with 30 seconds to go helps the Frenchman and also to Sainz who finishes second, Sirotkin completes the top 3. Merhi took fifth place.

Sergey Sirotkin started in a strong way the qualifying for the Race 2 in the Paul Ricard circuit in Le Castellet, France. The Russian driver led until the tyre change at the middle of the session.

Then in the final 10 minutes, Gasly, Ocon, etc.. everyone were improving his lap times as Sirotkin still leading the times. But a Red flag caused by a crash of Zoel Amberg (AVF) at turn 3, makes Pierre Gasly the fastest of the session when Sainz, Nato, Sirotkin and Rowland were more faster.