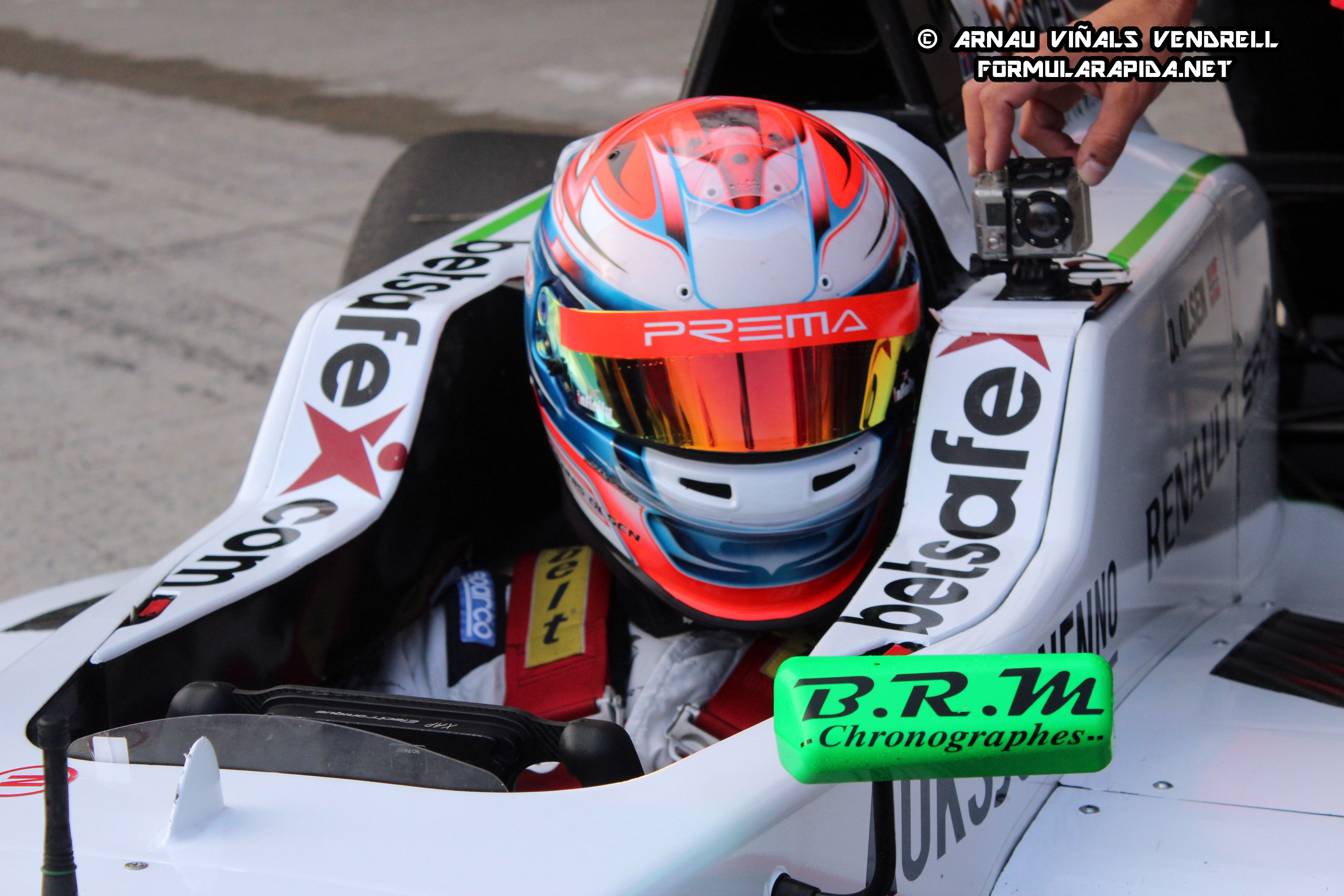 After a Pronenko crash that ended with group B session, olsen finished with best lap and will share first row along with Nyck De Vries in first race of Formula Renault 2.0 Eurocup in Jerez.

Finally Nyck De Vries’ Koiranen GP was first in group A with a 1:40.5 lap while Aitken was second and Russell, who had been a lot of time on top, third. Pizzitola was last due to drive with destroyed tires.

Group B turn. Track was more rubbery and sun even higher, so that meant that those drivers would run in better conditions. Four minutes the session was on, Pronenko was first to set a fast lap of 1:42.6 along with Rump and Villemi, who was eight tenths faster than the Russian.

When just two minutes of the session were left, Danylo Pronenko crashed in turn 10 and red flag was out for session not to be restarted. Olsen was then first with a one tenth faster time than De Vries’ and so would get the pole position. Villemi and Schothorst were second and third in the group and so they would depart third and fifth.