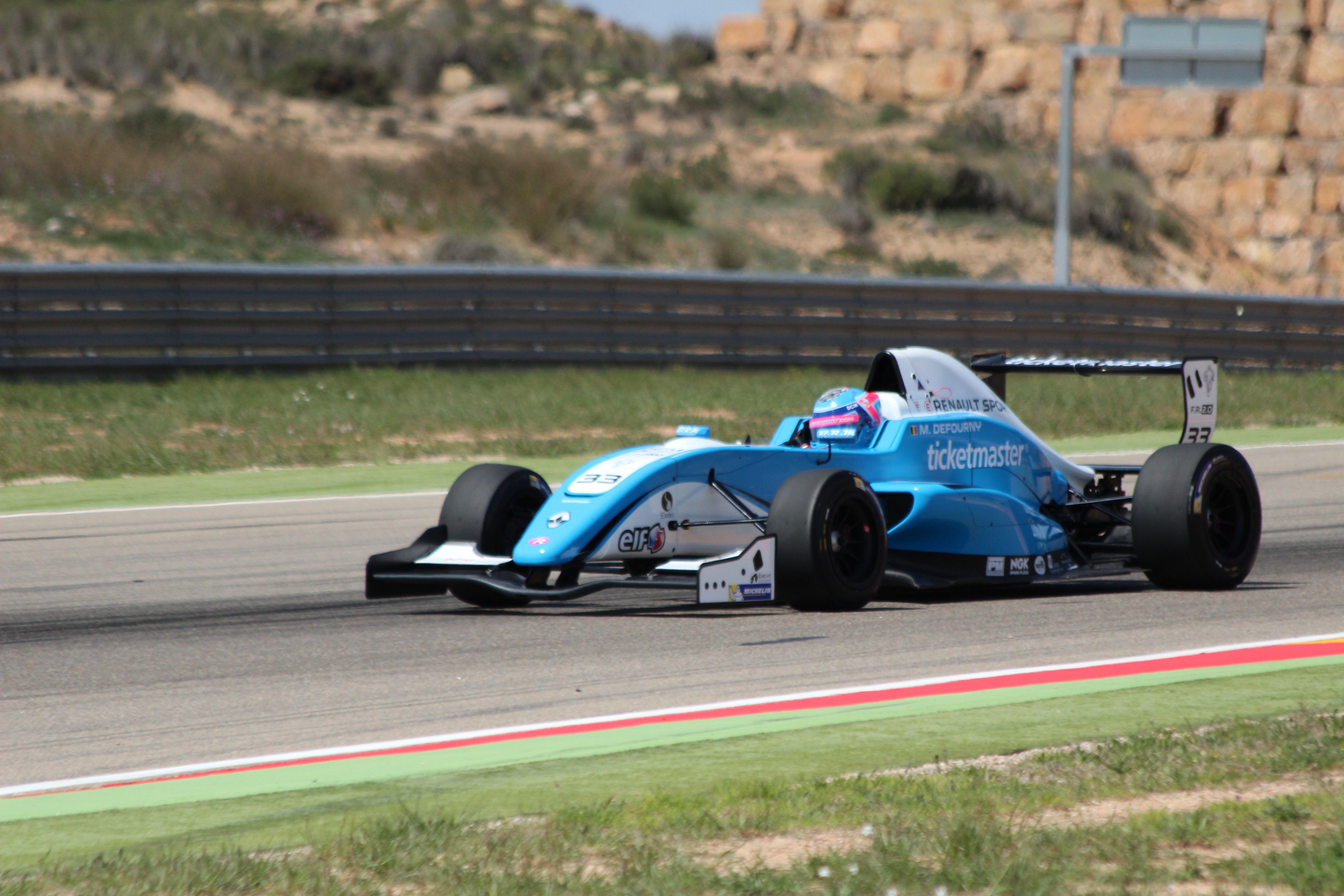 MOTORLAND ARAGÓN – Max Defourny (R-ACE GP ART Junior Team) has kept the Pole that he got since this morning and has won the first race of the Eurocup Formula Renault 2.0. Norris and Daruvala have got the two following places to complete the podium.

He did it. The circuit of Motorland Aragón is good for Max Defourny (R-ACE GP ART Junior Team) who, since Friday, is standing out at everything he has had the chance. Arriving to and departing from turn 1 on P1, the Belgian just gave three laps of opportunity to Norris (Josef Kaufmann Racing), from which he left more than a second away to get on the top of the podium.

The most part of drivers started new tires. The race was taken under hot conditions, warmer than this morning, and attrition is higher. After a calm start, the first race of the season in the Eurocup Formula Renault 2.0 was going on.

The leaders, Defourny and Norris, escaped from Boccolacci (Tech 1 Racing), who had Daruvala (Josef Kaumann Racing) back after the Indian overtook Aubry (Tech 1 Racing) at the beginning.

The big incident came on lap 4, when Perullo (Technorace) and De Sadeleer (Tech 1 Racing) crashed in turn 14. The Italian’s crash was hard, after he took-ahead Pflucker (CRAM Motorsport), who was able to continue. The Italian was able to leave the track out his own feet, but the feelings he had led him to the ambulance, while the stewards were investigating the incident and the posible consequences for Pflucker.

Althoug yellow flag was out there was no safety car and the race was going on. As TOP10 drivers were separated by big distances, battles were behind. Palmer (R-ACE Junior Team ART GP) was pushing Romanov (Fortec Motorsports) and touched him while blocking brakes, incident that caused a warning from race directon. Without any more incidents, the overtake was made in the last laps of the race.

At the end, Boccolacci, who was third since the race the started, made a mistake in turn 16 and went off track losing positions until twelfth, out of the points. Aubry stopped at the same turn and had left the car.

For the second race of this afternoon it is remaining to see what will the stewards do with the investigation over Fenestraz (Tech 1 Racing), who had to come back to box in second lap after a touch, and the incident with Pflucker.