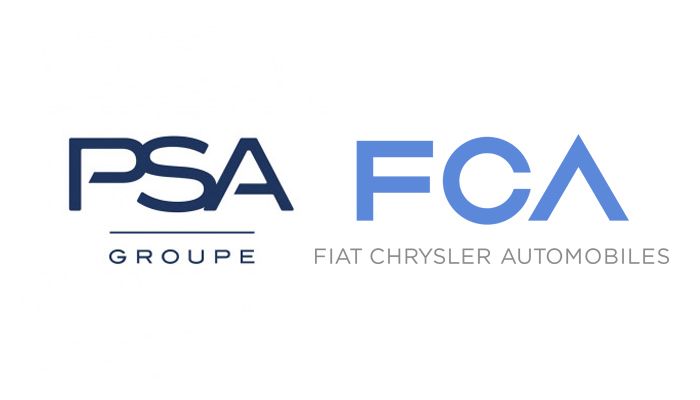 In a big automotive news – with some F1 relevance – the merger between Fiat Chrysler and Peugeot has been approved, while a photo of Max Verstappen’s freshly painted private jet has emerged.

The merger of Fiat Chrysler and Peugeot was on the cards for several years, as the two automotive giants wished to work together in order to cut costs and cover bigger market, much like Volkswagen, Toyota and Renault-Nissan, amid global troubles.

After the merger of Fiat and Chrysler in 2014, the FCA Group became the eighth largest automobile company in the world, and the current deal with Peugeot, makes FCA Groupe-Groupe PSA fourth on the list, just behind the above mentioned manufacturers.

As previously known, together they will be known as Stellantis, which is likely to be headed by Groupe PSA’s Carlos Tavares, while Fiat Chrysler’s John Elkann is set to keep his Chairman role. The new board will constitute of 11 members.

The joint statement from FCA Group and Groupe PSA stated:

“Fiat Chrysler Automobiles N.V. (“FCA”) (NYSE: FCAU / MTA: FCA) and Peugeot S.A. (“Groupe PSA”) announce that their respective shareholders’ meetings, held today, approved the merger of FCA and Groupe PSA to create Stellantis N.V. (“Stellantis”) by an overwhelming majority (with more than 99% of the votes cast in favor of the transaction).

The shareholders of FCA also approved merger related matters, including adoption of the Stellantis’ Articles of Association and appointment of the previously announced members of the Board of Directors of Stellantis, in each case effective as of the date following completion of the merger. Details of the resolutions submitted to shareholders and voting results are available on the respective websites of FCA and Groupe PSA (www.fcagroup.com; www.groupe-psa.com).

Following today’s approval by shareholders and receipt of the final regulatory clearances over the course of the last month, including notably from the European Commission and the European Central Bank, FCA and Groupe PSA expect  to complete the combination on January 16, 2021. Stellantis’ common shares will begin trading on the Euronext in Paris and on Mercato Telematico Azionario in Milan on Monday, January 18, 2021, and on the New York Stock Exchange on Tuesday, January 19, 2021.”

From the racing side, the FCA Group is not directly into it, with its brand Alfa Romeo involved as a partner to Sauber Motorsport in F1. The brand also competes in GT/Touring car championships. Ferrari, though, plays an important role in F1 but it runs independently.

At the same time, Groupe PSA’s brands like Peugeot and Citroen has a solid non-F1 programme, especially in rally racing. The latter had a manufacturer team but now runs on customer basis, while the former is preparing to compete in sportscar racing in future.

After the Mic High Club Luchtvaart Podcast reported about Verstappen buying a Falcon 900 EX, whose previous owner included Richard Branson’s Virgin Galactic, Menno Swart has shared an exclusive image of the jet in its new colours. The jet is to be operated by Dutch company, Exxaero, under new registration of PH-DTF.