The FIA is not convinced with the new evidence from Red Bull to further punish Lewis Hamilton, as it keeps its F1 British GP ruling.

After the ‘right to review’ from Red Bull on July 23, the FIA summoned both the F1 outfits to look at the new evidence from the former, on Thursday of Hungarian GP. The meeting took place online, with the same five stewards from British GP present.

Red Bull felt Hamilton deserved a larger penalty for taking out Max Verstappen, but having gone through the new evidence, the FIA stewards found nothing substantial to increase on their 10s time penalty – which Red Bull reckoned didn’t matter as he still won.

The meeting featured Christian Horner, Jonathan Wheatley and Ben Waterhouse from Red Bull side, while Ron Meadows, James Vowles and James Allison from Mercedes, with the stewards and the FIA Race Director Michael Masi present too.

The evidence from Red Bull had slides devised from the GPS data available. One of the slides showed the incident and the line taken by Hamilton then along with the line taken by him when passing Charles Leclerc in the same corner later in the grand prix.

It also had a re-enactment of the Lap 1 by Red Bull reserve driver Alexander Albon on July 22, when the Thai did a filming run. Looking at the regulations which says the evidence has to be new and discovered after the grand prix, the stewards ruled against Red Bull.

The stewards reckoned the initial slide data were present to them during the time of the decision and the re-enactment is not new data from the grand prix, but made up evidence to lodge a review, which doesn’t add any value to the case.

While dismissing the petition, the stewards also took note of certain allegations made in a letter by the team when filing the review. While noting it and agreeing for the review, the stewards wished to make no comments on those allegations. 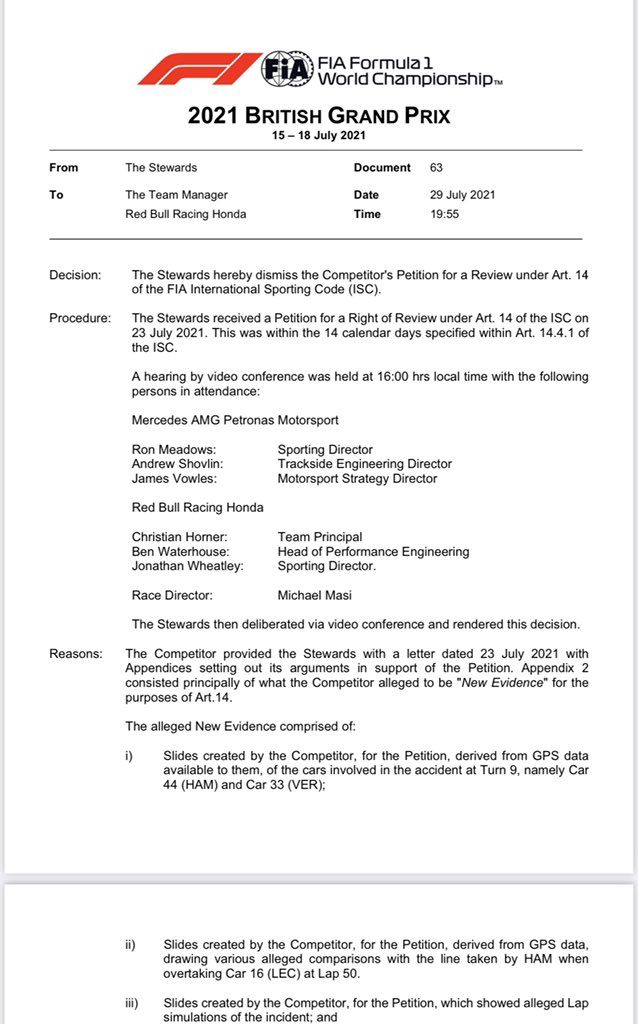 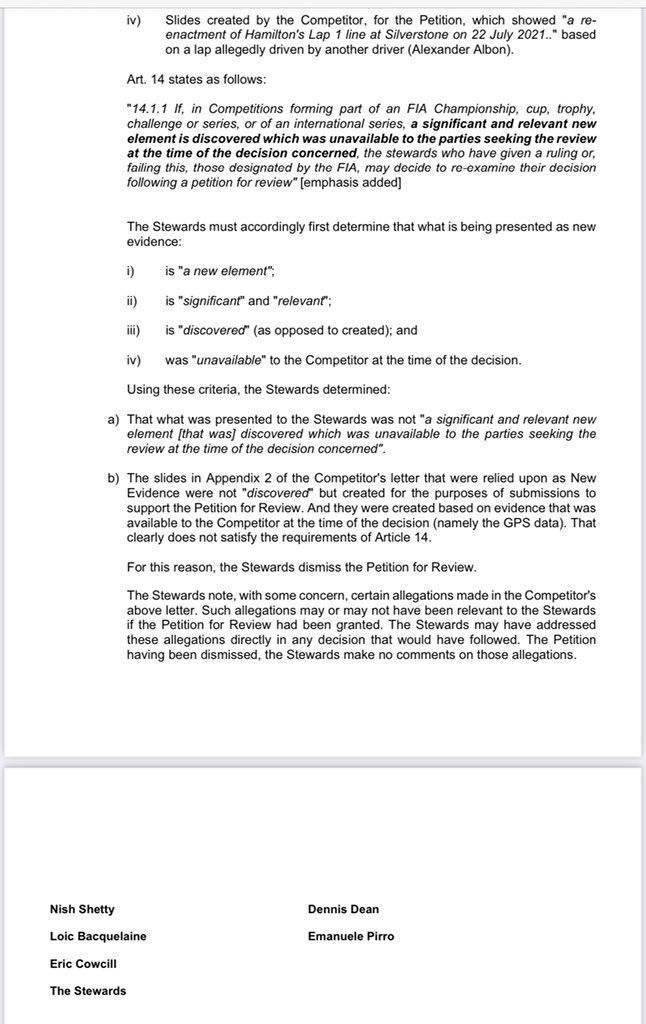 Filming day in full progress 🎥 Back at Silverstone with @Alex_Albon in the RB15 ✌️🇬🇧 #F1 pic.twitter.com/rQ9WkDGXIa

UPDATE: Mercedes released a statement where they wished to close the matter and also end the tirade against Hamilton from the Red Bull senior management, especially in the letter of their right to review presented to the FIA. 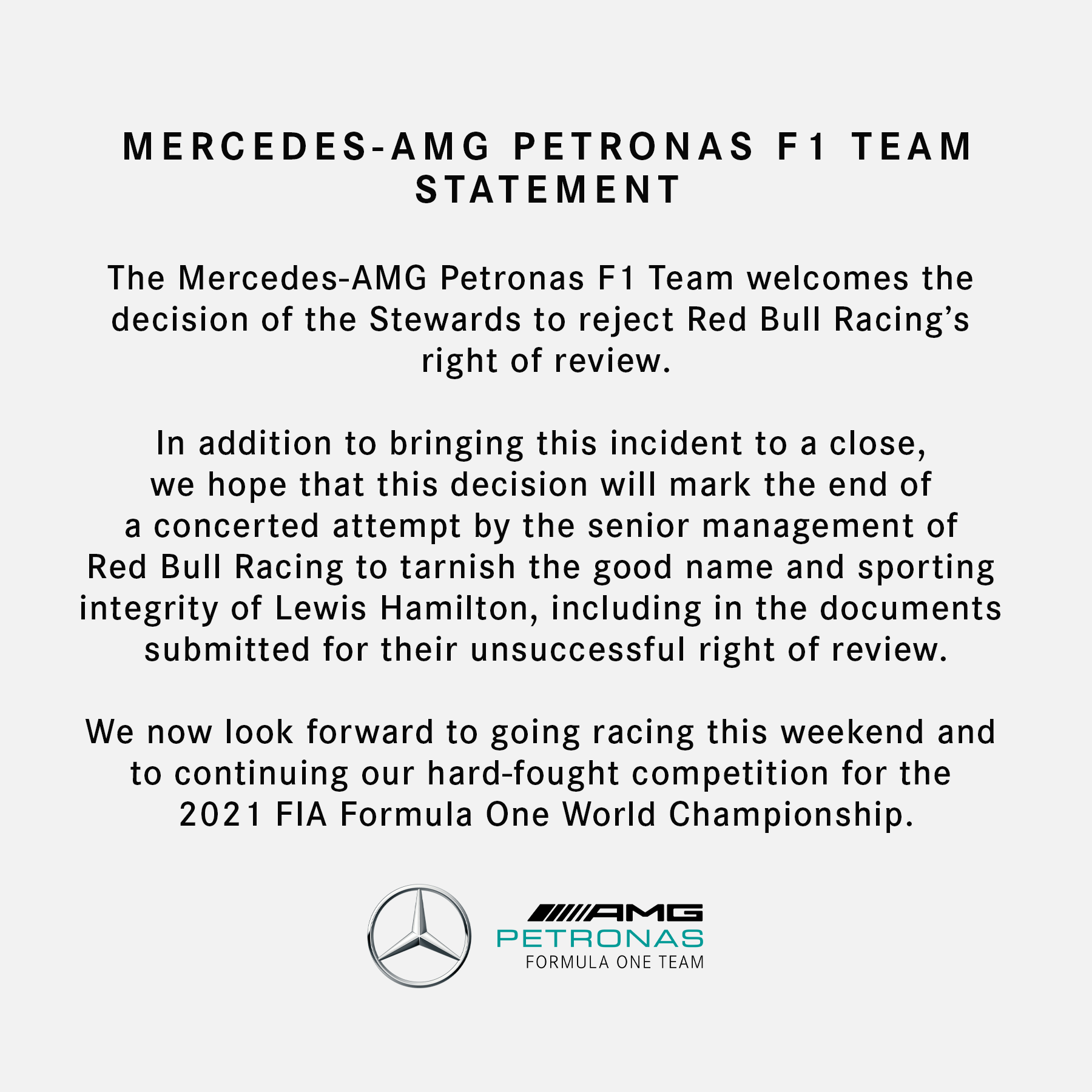 Here’s what Max Verstappen said ahead of the weekend