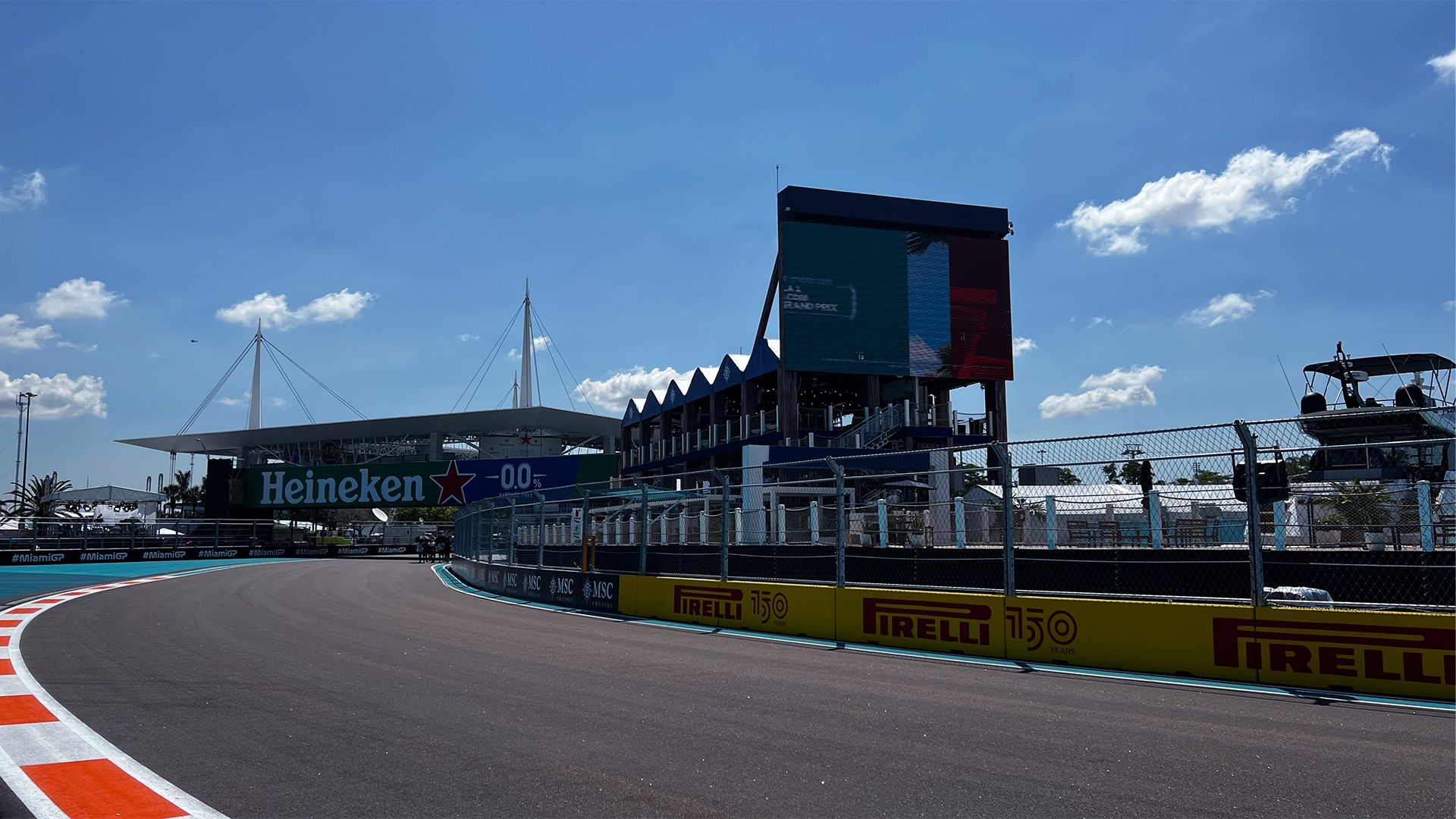 The FIA share details regarding the F1 Miami GP with regards to extra scrutineering along with DRS zones, stewards names.

Much like the earlier FIA Race Directors’ notes, the F1 Miami GP features the same ‘white line’ notification for track limits. In terms of DRS zones, though, there are three in all for the brand new street circuit on the calendar. They are:

Moving on to the four stewards, the FIA Race Directors’ note states that Garry Connelly will lead the team including Felix Holter, Danny Sullivan and Dennis Dean. Also, Neils Wittich continues as the race director for another event with Eduardo Freitas still to feature.

Away from the Race Directors’ note, the FIA has also listed a ‘Scrutineering Declaration Form’ which the teams/drivers have to fill in. It is related the jewellery, flame-resistant clothing and so on, the form goes like this:

1) Scrutineering Declaration Form Template – Appendix L, Chapter III – Drivers’ Equipment The scrutineering declaration form template, as described in Article 31.1 of the Formula 1 Sporting Regulations, has been amended for this event to include checks relating to compliance with Appendix L to the International Sporting Code (ISC), Chapter III, specifically Article 2 concerning compliant underwear and Article 5 concerning the wearing of jewellery.

For clarity Appendix L to the ISC, Chapter III includes:

“(…) Drivers and co-drivers participating in the championships listed below must wear overalls as well as gloves (optional for co-drivers), long underwear, a balaclava, socks and shoes homologated to the FIA 8856-2018 standard (Technical List No 74):

Drivers and co-drivers can wear additional flameproof underwear, which is not FIA approved, between their skin and the compulsory FIA-approved underwear.”

“The wearing of jewellery in the form of body piercing or metal neck chains is prohibited during the competition and may therefore be checked before the start.”

In relation to Appendix L, Chapter III, Article 2 the following additional note is provided for the information of all teams and all officials:

The above noted regulation is written to ensure that the FIA-approved Flame-resistant clothing, including both the outer layer overalls and inner layer in contact with the skin can operate effectively and provide the designed level of protection if exposed to flames.

The use of non-flameproof materials in contact with the driver’s skin, and in particular synthetic materials, can reduce heat transmission protection and thus increase the risk of burn injuries in the event of a fire. In the worst case such materials may melt which can hinder treatment in the event of a burn injury.

In relation to Appendix L, Chapter III, Article 5 the following additional note is provided for the information of all teams and all officials:

The above noted regulation is written in consideration that the wearing of jewellery underneath the required flameproof clothing can reduce the protection afforded by this equipment. Metallic objects, such as jewellery, in contact with the skin can reduce heat transmission protection and thus may increase the risk of burn injuries in the event of a fire.

The wearing of jewellery during the competition can hinder both medical interventions as well as subsequent diagnosis and treatment should it be required following an accident.

The presence of jewellery can slow, due to the risk of “snagging”, the emergency removal of driver safety equipment such as helmet, balaclava, and overalls.

Jewellery in and/or around the airway can pose specific additional risks should it become dislodged during an accident and either ingested or inhaled.