The FIA has released a 24-race provisional calendar for 2023 F1 season which starts in Bahrain and ends in Abu Dhabi.

A record breaking 24-race provisional calendar for 2023 F1 season has been released by the FIA after an approval from World Motor Sport Council. The season will kick-off early on March 5 with the Bahrain GP, while end on November 26 with the Abu Dhabi GP.

The opener won’t be a back-to-back with Saudi Arabian GP which will take place on March 19, alongwith Australian GP on April 2. The Chinese GP is to return on April 16 as the Azerbaijan GP is brought forward to April 30 date.

The Miami GP is once again in May on 7th, with the Emilia Romagna GP on May 21 followed by Monaco GP on May 28. The Spanish GP has been moved to a June 4 date with the Canadian GP on June 18, followed by the Austrian GP on July 2.

It will be back-to-back with British GP on July 9, as Hungarian GP falls on July 23 with the Belgian GP taking place before the summer break on July 30. The F1 circus will return from the break with the Dutch GP on August 27, followed by Italian GP on September 3.

The Brazilian GP is also part of the trio on November 5, with the new-for Las Vegas GP on November 18 followed by the finale on November 26 with the Abu Dhabi GP. “The presence of 24 races on the 2023 FIA Formula One World Championship calendar is further evidence of the growth and appeal of the sport on a global scale,” said FIA President Mohammed Ben Sulayem.

“The addition of new venues and the retention of traditional events underlines the FIA’s sound stewardship of the sport. I am delighted that we will be able to take Formula 1’s new era of exciting racing, created by the FIA’s 2022 Regulations, to a broader fan base in 2023. In framing the 2023 F1 calendar, WMSC Members have also been mindful of the timing of the prestigious 24 Hours of Le Mans.” 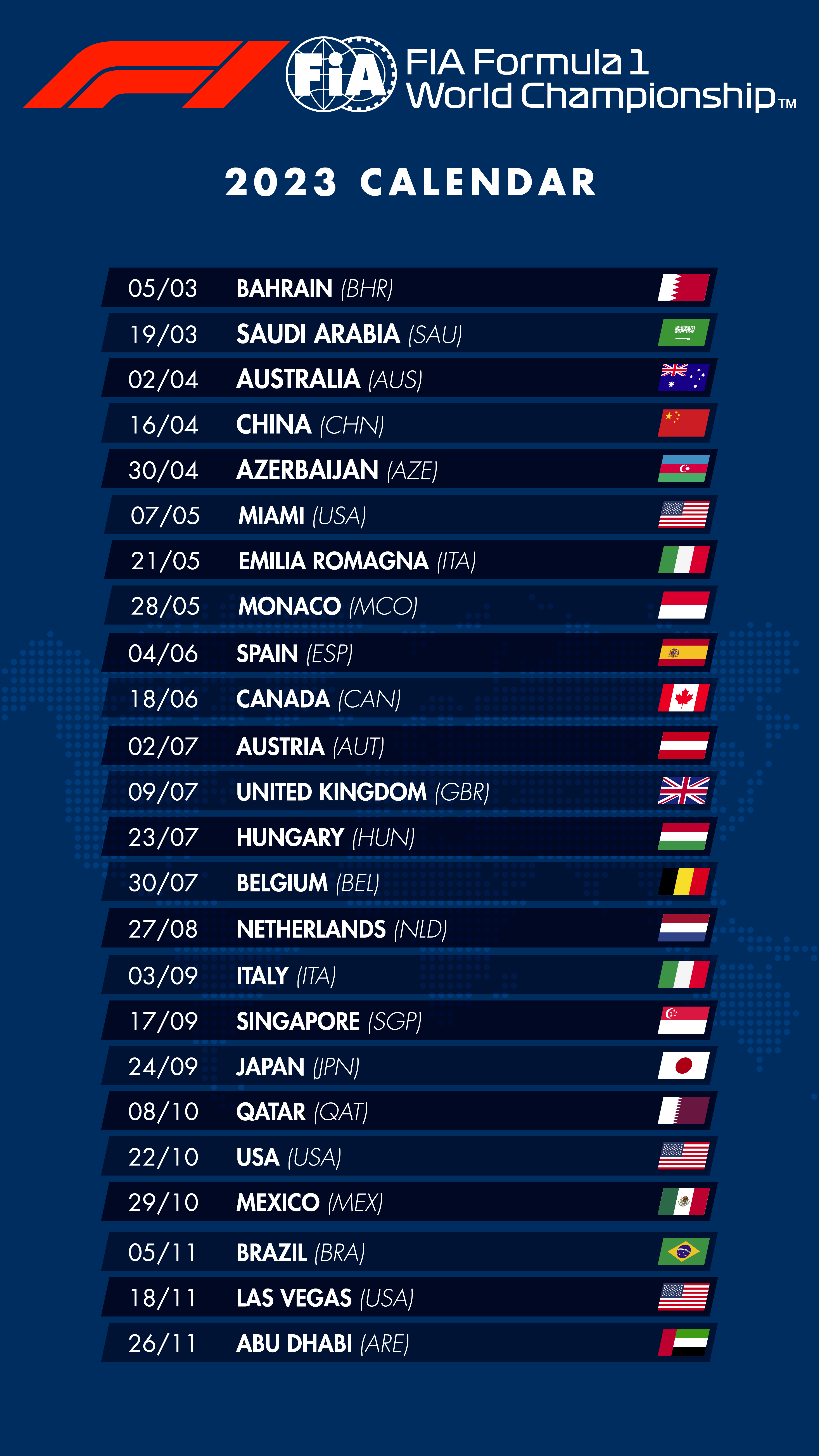