The FIA has announced a total of 15 disciplines for the 2020 Motorsport Games which will be held in France this year in Marseille and Paul Ricard.

The FIA Motorsport Games will undertake a significant expansion ahead of its second edition, with 15 disciplines confirmed for this year’s global gathering in host city Marseille and at Circuit Paul Ricard (23-25 October).

The event’s unique format sees international racers compete for gold in the colours of their national flag. Six disciplines formed the schedule at the inaugural Rome/Vallelunga running, with 49 countries and territories represented in GT, Touring Car, Formula 4, Drifting, Karting Slalom and Digital competitions.

All six will return for 2020 alongside an influx of new disciplines that includes GT Sprint for pro drivers, with the original GT Cup becoming GT Sprint Relay. The FIA Motorsport Games will also venture away from the circuit for its second edition, with rallying set to become a major part of the event.

Four separate disciplines, held on tarmac roads, will be included on the 2020 programme, with exciting new additions for high-performance Rally2 machinery and two-wheel-drive Rally4 cars. The popular historic scene will be on show, too, with Historic Rally and Historic Regularity Rally joining the bill.

The event will also demonstrate an enhanced commitment to grassroots motorsport. This follows last year’s successful debut of Karting Slalom, which catered for mixed male-female pairings aged 16 and under. It will be joined at the French contest by additional classes for Karting Sprint and Karting Endurance competitors.

Further grassroots participation will be achieved through the expanding Crosscar discipline, with separate contests for junior and senior hopefuls. This exciting off-road competition offers an affordable entry into the sport for drivers of all ages and can provide a pathway towards rallying or rallycross.

Further news regarding the 2020 FIA Motorsport Games, including detailed information on each discipline, will be confirmed during the coming months. Talking about, Jean Todt, FIA President said: “I am pleased to witness the growth of the FIA Motorsport Games. The combination of a spectator-friendly venue such as Circuit Paul Ricard with varied spectrum of disciplines will surely result in a great and memorable show, and will encourage more National Sporting Authorities to compete.

“The inclusion of rallying and historic motor sport will add even more colour to this already diverse event, while further focus on grassroots disciplines should spark interest among the youngest competitors who are vital to the future of our sport.”

“The variety of disciplines confirmed for 2020 is very impressive, particularly the addition of rallying and further grassroots disciplines. I am sure that this will bring new competitors and fans to Marseille and Circuit Paul Ricard to experience the unique FIA Motorsport Games atmosphere.” 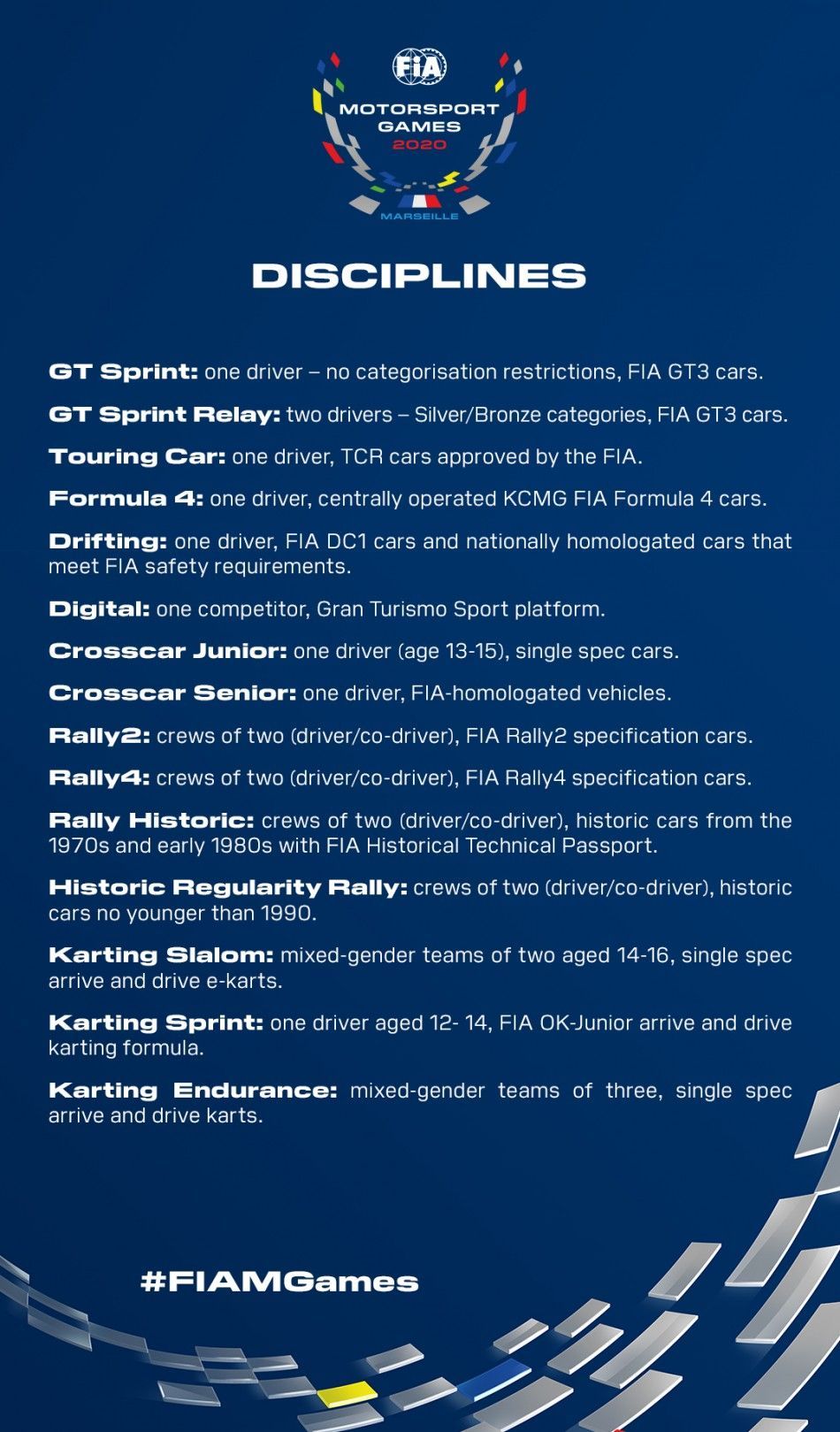 [Note: The above is from the FIA website with no edits made]

Here’s the initial announcement from FIA on the same