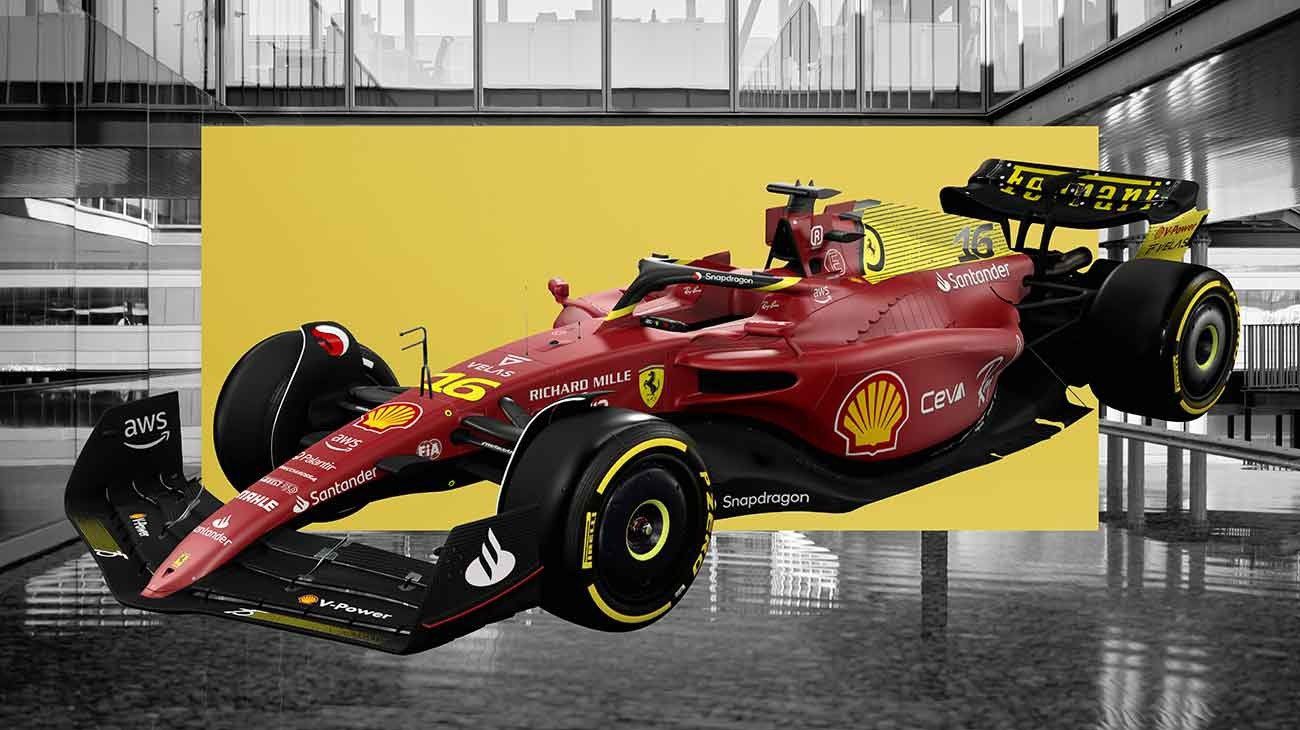 Ferrari has unveiled a special livery with the addition of yellow for the F1 Italian GP weekend which is part of its history.

Amid the hints dropped by Ferrari in the lead-up to the Monza weekend, the Italian outfit unveiled a special livery for F1 Italian GP on Wednesday with the addition of yellow on the F1-75 with black inserts which is part of its history.

Ferrari notes that yellow along with blue are the colours that Enzo chose in the beginning of its journey and so they are using yellow this year to celebrate its origins. The colour will be visible at the ‘front wing, around the halo, on the engine cover and the rear wing’.

The rear wing features the famous ‘F lunga’ logo in yellow, with the driver overalls of Charles Leclerc and Carlos Sainz to be in the same colour instead of red. The colour is also visible in the paddock on the hospitality motorhome and walls of the garage.

Ferrari provided little snippet to explain its use:

Early in the 20th century, the then International Association of Recognised Automobile Clubs set red as the official colour of Italian racing cars and so, when Enzo Ferrari established the Scuderia, under whose banner he entered Alfa Romeos, he had to go along with it. Yellow is therefore very much the second colour for the Maranello marque and the founder immediately chose it as part of the emblem he designed after being asked to carry the Prancing Horse motif by the family of famous Italian war hero Francesco Baracca. He wrote, “the Cavallino was and has remained black. I added the Canary yellow background which is the colour of Modena.” The emblem made its debut on the team’s Alfa Romeos in the Spa-Francorchamps 24 Hours in 1932 and brought good luck as it won with Antonio Brivio and Eugenio Siena. It has featured on Ferrari cars ever since.

No red without yellow 💛