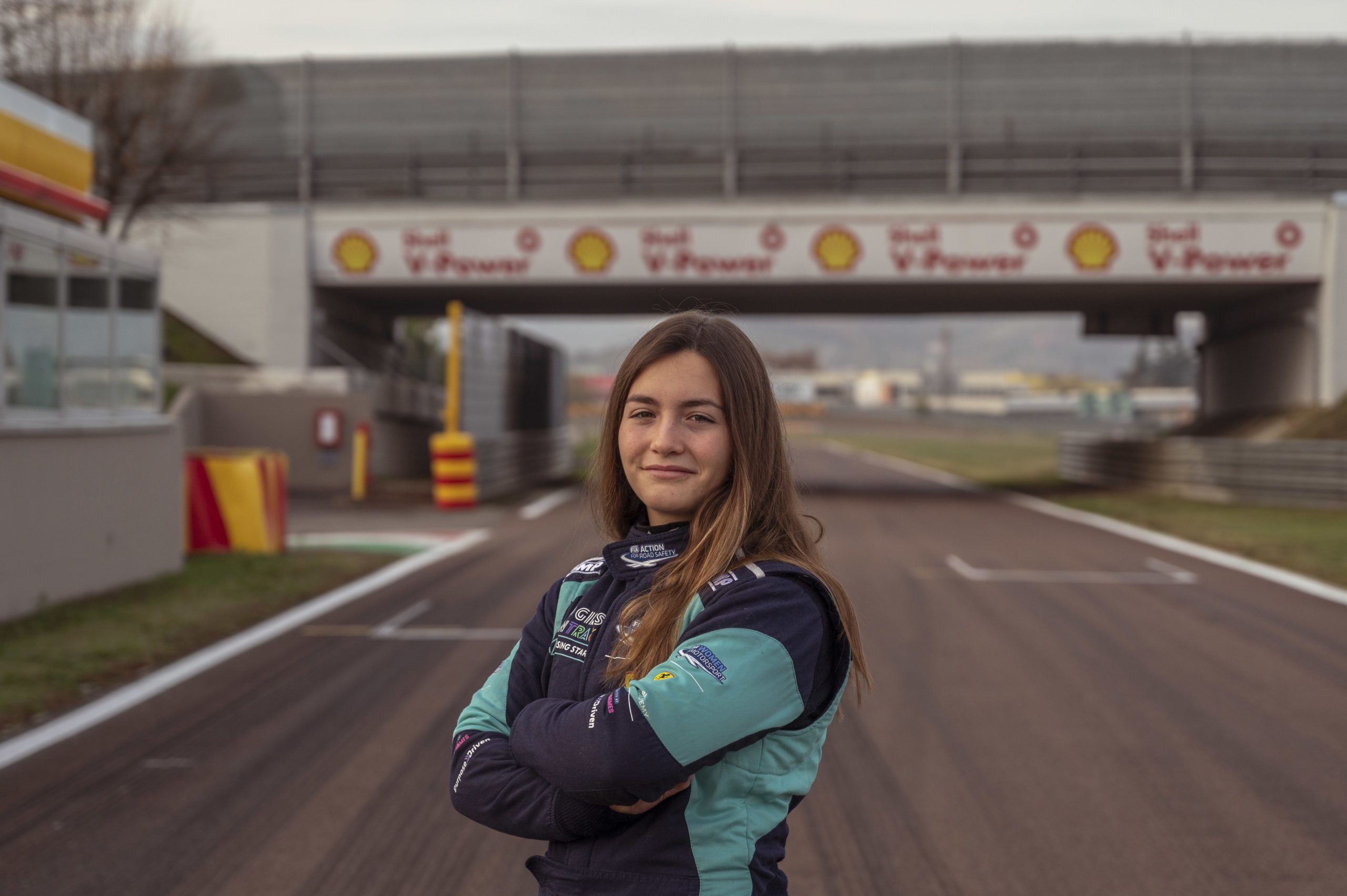 Ferrari has got its second female driver for the F1 academy as Laura Camps Torras wins the second edition of the FIA Girls on Track – Rising Stars programme.

Laura Camps Torras joins Maya Weug in the Ferrari Driver Academy. The Spanish girl, born on March 28, 2005, won the second edition of the FIA ​​Girls on Track – Rising Stars program, the initiative promoted by the FIA ​​Women in Motorsport Commission, in collaboration with the FDA, which intends to promote women’s motoring and support the most promising talents between the ages of 12 and 16 on their path towards a professional career.

Competitors . After a selection that involved national car bodies from every continent, the four girls reached the final stage – in addition to Camps Torras, her compatriot Clarissa Dervic (15), the Russian Victoria Blokhina (15) and the Brazilian Julia Ayoub ( 16) – have experienced a full immersion in the world of the Maranello Academy and have been evaluated through a series of tests that have highlighted not only their pure speed but also their potential, which is exactly what – given their age of the protagonists – FDA experts look for young women.

Reference points. Laura inherited her passion for motorsport from her father, from whom she also took the reference driver – Michael Schumacher -, and got on a kart for the first time at the age of ten. By his own admission, with motorsport it was not love at first sight but a passion that gradually grew to become a life choice. Not surprisingly, outside of Formula 1, among its points of reference there are also other girls such as Maya Weug herself and the other Spaniards Marta and Belen Garcia and Nerea Marti. She tells of herself that she is very determined, that she knows how to listen and immediately put into practice the information acquired. It ensures that you also have a sunny disposition and a strong sense of humor, useful to play down in the most difficult moments.

Announcement . Laura learned that she had won the final stage of Girls on Track – Rising Stars during the final event for which, in addition to the four finalists, the President of the FIA ​​Women in Motorsport Commission, Michèle Mouton, the Director of the Ferrari Driver Academy, Marco Matassa and the creator of the iron Dames project, Deborah Mayer. The announcement was broadcast online on the social platforms of the FIA ​​Women in Motorsport Commission and the Ferrari Driver Academy. Laura will therefore return to Maranello in January to participate in the inauguration of the 2022 academic year.

Junior Section. At the opening of the connection there was also another important announcement, the one relating to the Girls on Track – Rising Stars Junior program, reserved for girls born between 2007 and 2010. The Swiss Chiara Bättig and the Portuguese were competing. Maria Germano Neto, both 11 years old, the Mexican Ivanna Richards and the Swedish Milla Sjöstrand (13) who last November spent some intense days in Maranello, for off-track, physical and theoretical activities, the headquarters of Tony Kart, partner of FDA for scouting, and the Franciacorta Karting Track, in Lombardy. Maria, who will compete for a season in OK Junior with Tony Kart supported by the Ferrari Driver Academy, stood out in a particular way.

New selections. The second edition of the FIA ​​Girls on Track – Rising Stars program has just ended but registrations for the third will soon be open on the FIA ​​Women in Motorsport Commission portal.

Jean Todt FIA President: “The Girls on Track – Rising Stars program, created by the FIA ​​Women in Motorsport Commision, directed by President Michèle Mouton, was also confirmed as a success in 2021. I congratulate all the finalists, who have shown their talent, and in particular with the winners, Maria Germano Neto for the Junioir section and Laura Camps Torras for the Senior section.

“They are both ready for a new important step in their respective careers in the world of motorsport which will be supported by the Ferrar Driver Academy. Finally, I want to thank the partners and sponsors for their commitment and the shared vision of an open and inclusive sport that offers more opportunities to all.”

Mattia Binotto Scuderia Ferrari Team Principal & Managing Director: “We are very pleased to welcome Laura, the winner of the second edition of the FIA ​​Girls on Track – Rising Stars program, to the Ferrari Driver Academy. Laura will thus join Maya in strengthening the female presence in our Academy, a confirmation of how much Scuderia Ferrari shares with the FIA ​​the vision of a motorsport open to all, without any distinction.

“This program represents a milestone in this path undertaken by the FIA, to which we collaborate with great conviction and commitment, and I believe it is one of the most significant legacies that Jean Todt leaves to the whole world of motorsport at the end of his third and last term. as President of the Federation.”

Marco Matassa Head of Ferrari Driver Academy: “The quality of Laura that struck us most was the speed of learning which, combined with that of immediately putting the information received into practice, allowed her to grow exponentially in the days spent together with Fiorano. Laura started the camp quietly and ended it with performances at the best level. Precisely this fast learning curve, combined with the limited experience behind the wheel of a Formula 4 – on which she had never climbed before arriving at the selections of Le Castellet at the Winfield School – made her prefer to the others.
As FDA we are convinced that we can help her grow as a driver and we are already talking with her about plans for next season, which will be defined shortly.

Laura Camps Torras FDA Pilot: “What an unforgettable day, for me today a dream comes true! Maya is one of my points of reference and it is incredible to be able to think that starting next year we will be academics companions. The victory in the final phase of the FIA ​​Girls on Track – Rising Stars program makes me realize that I have done well in pursuing my goal over the years.

“I will give my all from day one to prove my worth to the people of the Ferrari Driver Academy. I look forward to being able to start working with the staff to learn as much as possible and prepare my future in a single-seater in the best way. In this very important moment I want to thank my family, and in particular my father, for encouraging me in this direction.”

[Note: The above is as per press release from Ferrari]