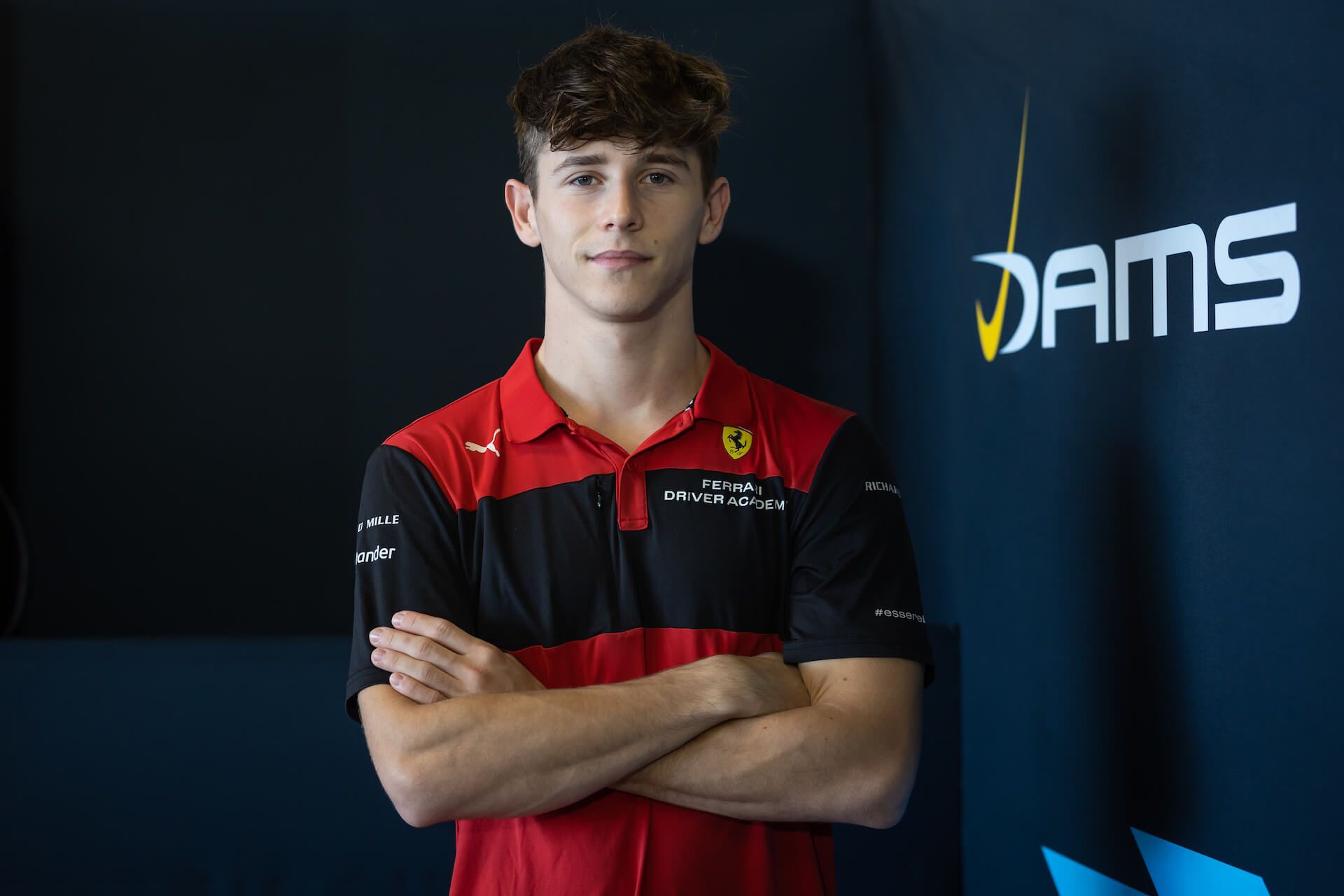 Ferrari junior Arthur Leclerc will graduate to FIA Formula 2 (F2) Championship in 2023 after signing up with DAMS.

Having raced in F3 for the last two seasons with Prema, Ferrari junior Leclerc – younger brother of Charles – is ready for a step up to F2 in 2023 for his rookie season with DAMS. The Monegasque finished 10th and sixth in the two years in F3.

He will start his F2 journey with the Abu Dhabi test this week. “I’m delighted to be making the step up to Formula 2 with DAMS in 2023,” said Leclerc. “They’re a very successful team that has achieved great results in the championship, and I hope I can be a part of that and continue the team’s success.

“Charles Pic has done an amazing job to help the team back to winning ways throughout the season and I’m aiming to keep that going next year. We’ve a lot of work to do before the start of the new campaign in Bahrain in March, and I’m really looking forward to getting started in the post-season test in Abu Dhabi!”

At the same time, Charles Pic added: “It’s great to have Arthur join DAMS for 2023. We’ve seen his talent and skill throughout his career so far, and he’s shown in the last two years in F3 that he’s capable of challenging for victories.

“We’re excited to have him in the car for the post-season test in Abu Dhabi, preparing for next season. The team is aiming for a strong campaign in 2023, and we’ve no doubt that the addition of Arthur will help us towards our goals.”