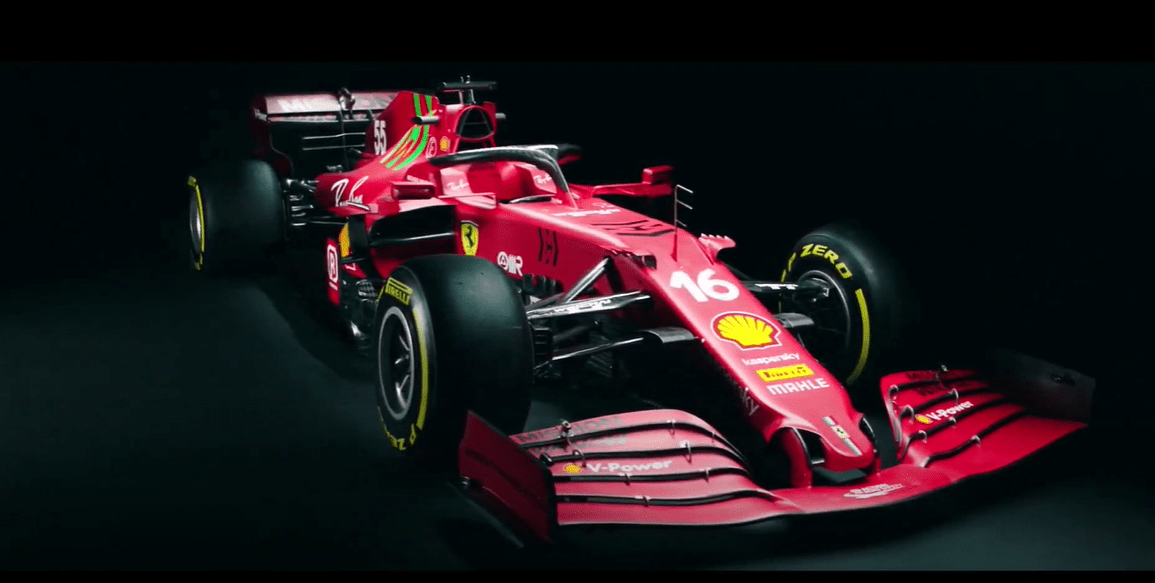 Ferrari finally unveiled its 2021 F1 car with a slightly revised livery ahead of the pre-season testing at Bahrain International Circuit.

Out of all the 10 F1 teams, Ferrari kept its launch until last, as the Italian manufacturer unveiled the SF21 in an online show. The team formally launched itself on February 26, where Charles Leclerc, Carlos Sainz and Mattia Binotto interacted with media and fans.

The 2021 Ferrari livery has a mix of red, with both light and dark shade on a matte finish – the same colour used at Mugello last year. The ‘Mission Winnow’ logo on the top of the engine cover is painted green to showcase its ‘environment’ value.

“The rear end is reminiscent of the burgundy red of the very first Ferrari, the 125 S,” said Ferrari Team Principal Binotto. “But as it moves gradually towards the cockpit area, it transforms into the modern red that we have used in most recent years. This season presents us with many challenges and through this livery, visually, we reboot from our past and head into the future.”

Ferrari will have a filming day in Bahrain on Thursday, a day before the official pre-season testing. Both Leclerc and Sainz will be in action for 100 km on demonstration tyres. Speaking about the SF21, head of chassis, Enrico Cardile, revealed of radical approach.

“We opted for the rear end, designing a new gearbox and new suspension system,” he said. “This, in addition to the efforts of our power unit colleagues has led to a much tighter rear end. We also looked at the cooling system, increasing the effectiveness of the central radiator and designed the body with more “downwashing.”

“Aerodynamics was one of the areas affected by the regulation changes aimed at reducing the ability to generate vertical load, in order not to put too great a strain on the tyres. That’s why, as we began developing the car’s aerodynamics, we set ourselves two goals: recovering more aerodynamic downforce than was lost through the regulations and reducing drag.

“Because of the regulations, less drastic changes were possible at the front end of the car. So, we developed a new front wing which works in conjunction with a new concept nose, but the chassis itself and the suspension is off last year’s SF1000.”