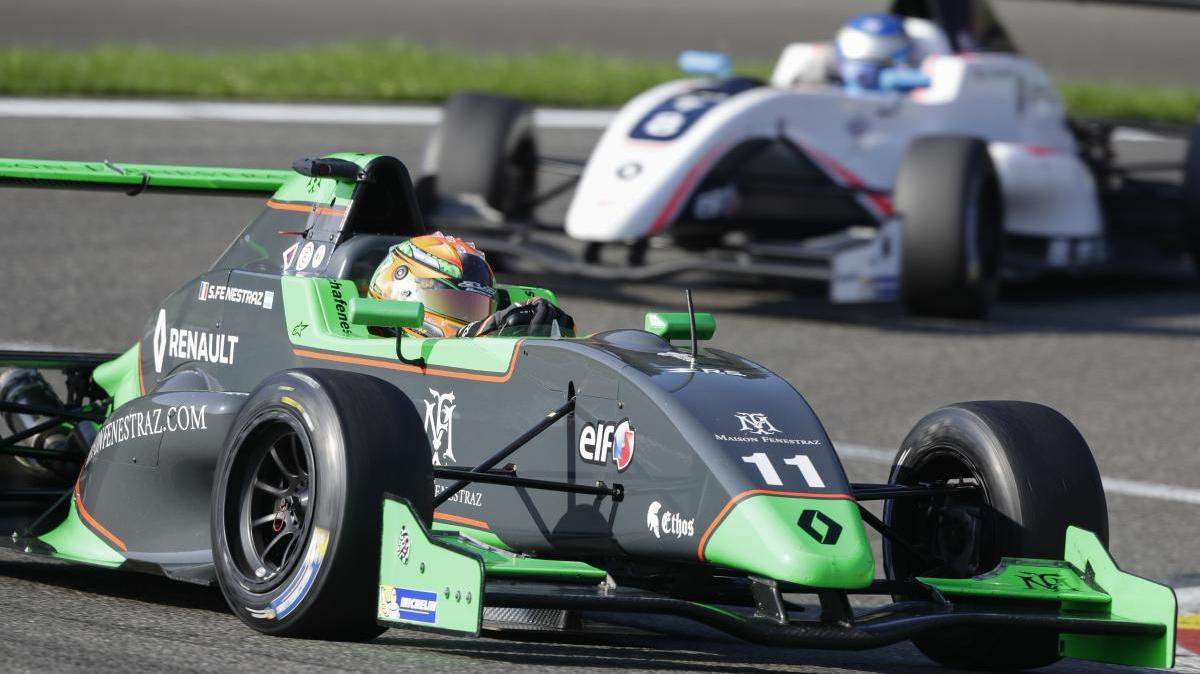 Starting from pole for the eighth time this year, Sacha Fenestraz (Josef Kaufmann Racing) took a first step towards the Formula Renault Eurocup title this Sunday with the win at Circuit de Spa-Francorchamps. Second place Will Palmer (R-ace GP) is now the only driver who stands in the way of the Frenchman taking the crown next month in Barcelona. Max Defourny (R-ace GP) completes the podium while Red Bull Junior driver Neil Verhagen (MP Motorsport) is victorious in the rookie category.

Sacha Fenestraz led from pole before Robert Shwartzman, Will Palmer and Gabriel Aubry all posed a threat at Combes. While the leader stayed in front, Will Palmer overtook Robert Shwartzman. Further back, Max Defourny, Max Fewtrell and Richard Verschoor (MP Motorsport) all surprised Gabriel Aubry before the safety car came out following the incident between Luis Leeds (Josef Kaufmann Racing) and Charles Milesi (R-ace GP).

After the restart at the end of lap three, Sacha Fenestraz held Will Palmer at bay. On the following lap, Robert Shwartzman lost all hope of winning the title when he made contact with Richard Verschoor. Max Defourny inherited third place before being passed by Max Fewtrell on the penultimate lap.

In the lead, Sacha Fenestraz pulled away from Will Palmer to take the win ahead of the Briton. Third place finisher Max Fewtrell was penalized ten seconds and dropped to ninth place for moving before the race start signal was given.