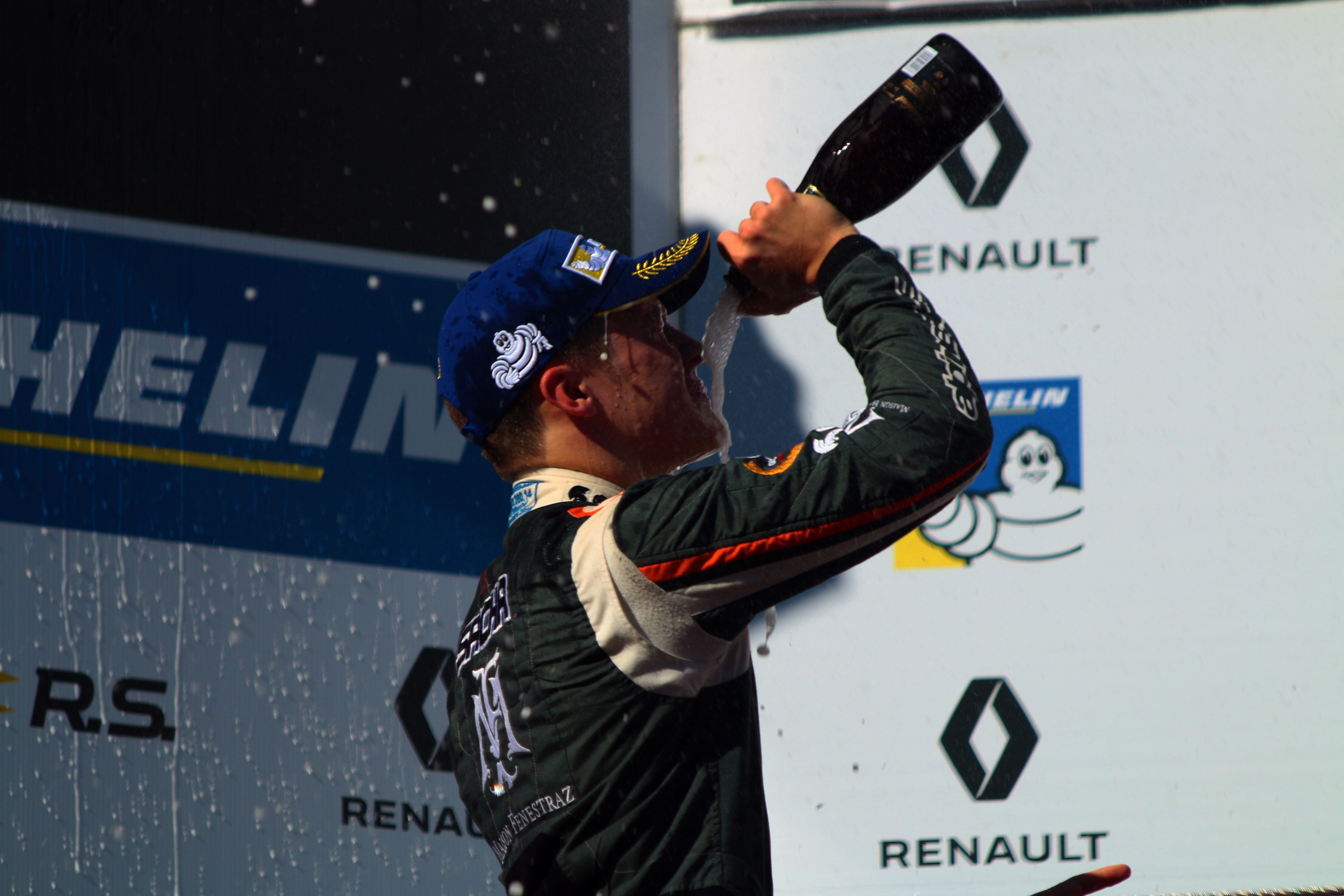 Sacha Fenestraz has taken the 2017 Eurocup Formula Renault 2.0 championship thanks to his second position in today’s race 2 of season finale in Barcelona-Catalunya. It was Shwartzman who dominated the race despite a red-flag and two safety cars. Verschoor completes the podium.

Today’s race all was set up to see how Sacha Fenestraz (Josef Kaufmann Racing) was going to take the championship. He started second in front of title rival, Will Palmer (R-ace GP) who started in 8th position. Therefore, Fenestraz only needed to finish 8th or better, while Palmer needed to win the race.

The start of the race was incredible. Pole sitter Robert Shwarztman (R-ace GP) maintained the lead in front of Fenestraz, while Gabriel Aubry (Tech 1 Racing) and Max Defourny (R-ace GP) were fighting for third place. Aubry made contact with the Belgian driver who spun in the middle of the track, causing a 13 cars accident and the red flag.

After 20 minutes of inactivity, the race was resumed with Fenestraz trying to overtake Shwartzman. But the Russian managed to keep his car in the lead before the appearance of the safety-car. Meanwhile, Palmer who was seventh overtook Alexander Vartanyan (JD Motorsport) for sixth.

At the re-start of the race Shwartzman escaped from Fenestraz to continue his dominance in Barcelona. It is his sixth win of the season. Fenestraz finished second and takes the title. Richard Verschoor (MP Motorsport) finished in third position and secured his first podium finish of the season.

Another title was decided in Race 2, Max Fewtrell (Tech 1 Racing) has taken the Rookie Championship thanks to fourth position finish.