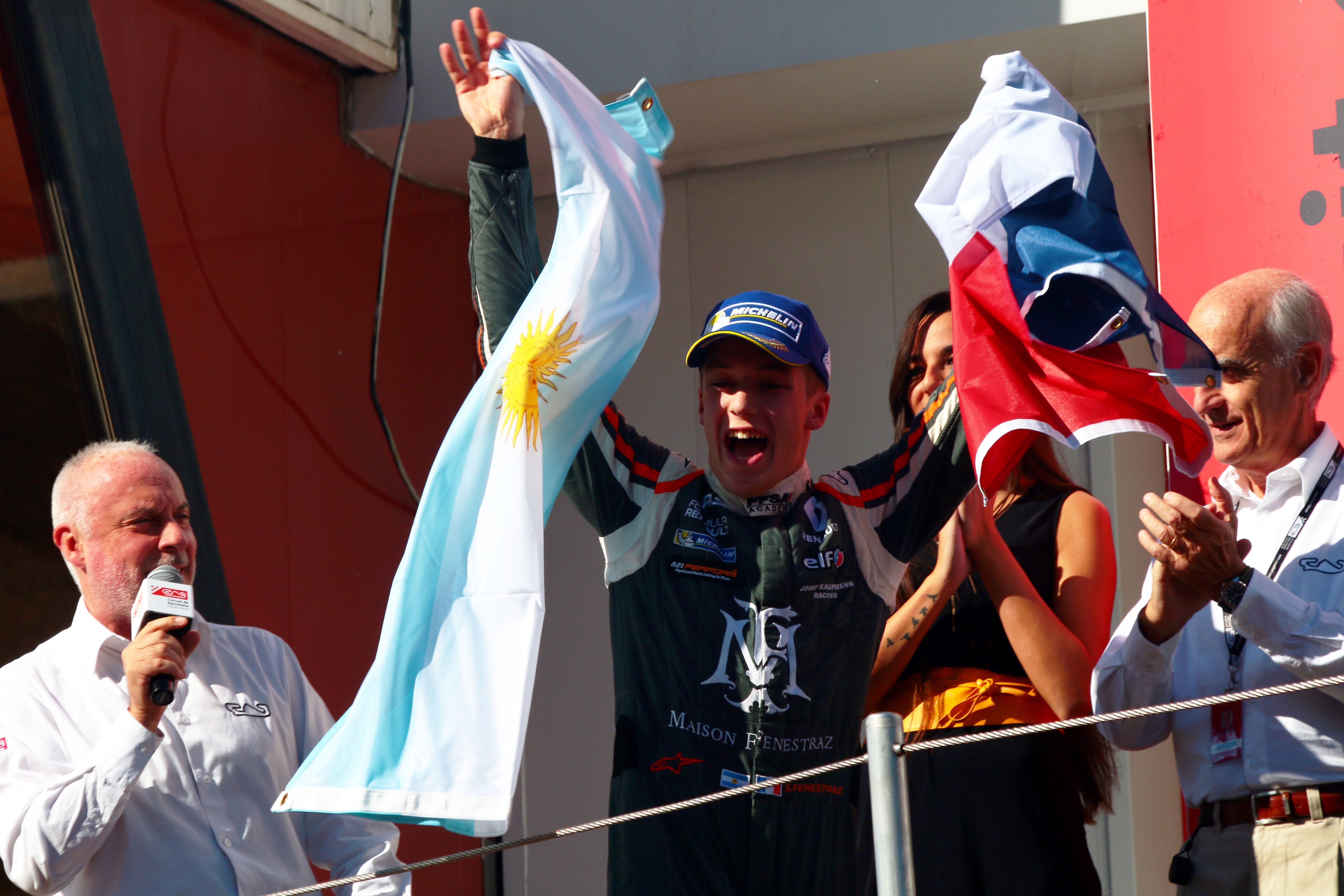 Sacha Fenestraz has taken his seventh win of the season in the final race of Eurocup Formula Renault 2.0. The Frenchman beat Robert Shwartman in Barcelona-Catalunya circuit, while Max Defourny completed the podium.

CIRCUIT BARCELONA-CATALUNYA | It was a good start for the champion Sacha Fenestraz (Josef Kaufmann Racing) who kept the lead until the end of the race despite, the pressure that Robert Shwartzman (R-ace GP) put on him.

Starting third in the grid, Max Defourny (R-ace GP) raced with a damaged car due to the terrible accident in morning’ race 2. The Belgian managed to keep his teammate, Will Palmer behind him.

The Briton once again had to made a comeback, overtaking the best rookie driver of the race Richard Verschoor (MP Motorsport).

During the race, the safety car appeared for one lap, due to the retirement of Presley Martono (Mark Burdett Motorsport) and Ghislain Cordeel (Arden Motorsport).