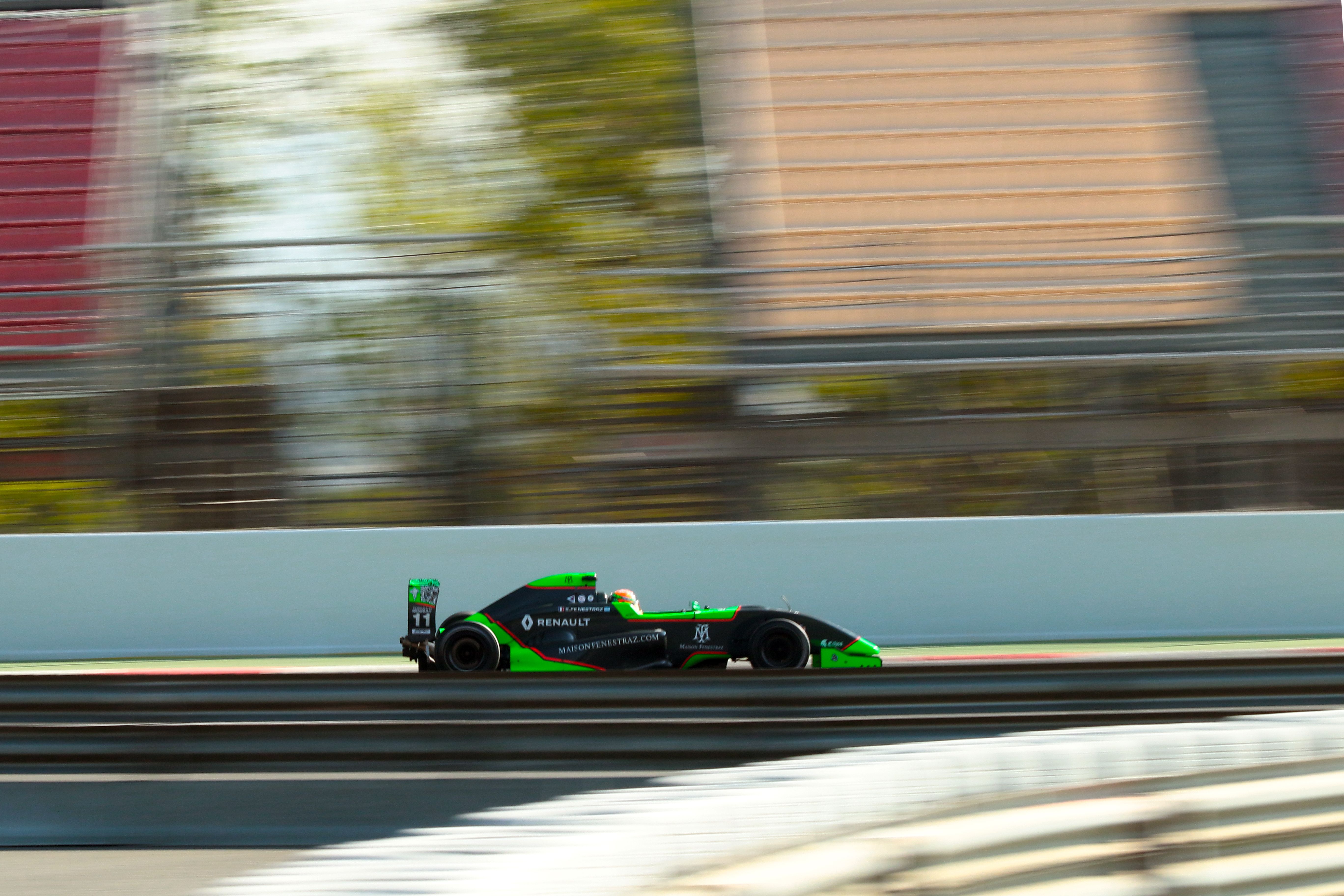 Sacha Fenestraz starts up in front of Formula Renault season finale at Barcelona-Catalunya track. The Kaufmann driver has beaten title rival Will Palmer, while Richard Verschoor has completed the top three.

After an hour and 45 minutes of delay due to the fog, the Eurocup Formula Renault 2.0 began the first practice session of the weekend in which the drivers of team champion, R-ace GP, have immediately started to set the pace.

Max Defourny started leading the standings in the early stages by Will Palmer and Max Fewtrell (Tech 1 Racing). But who if not as championship leader Sacha Fenestraz (Josef Kaufmann Racing) to stop the dominance of the R-ace GP by climbing to the first place shortly before mid-session.

The French-Argentine driver finished ahead of his only rival in the championship, Will Palmer (R-ace GP), who has finished one tenth behind. Right after the Briton finished Richard Verschoor (MP Motorsport) and Fewtrell.

The top 10 is completed by Red Bull junior drivers Neil Verhagen (MP Motorsport) and Dan Ticktum (Arden Motorsport) along with Yifei Ye (Josef Kaufmann Racing) who has went off at Turn 4, causing the end of the session ahead of time.