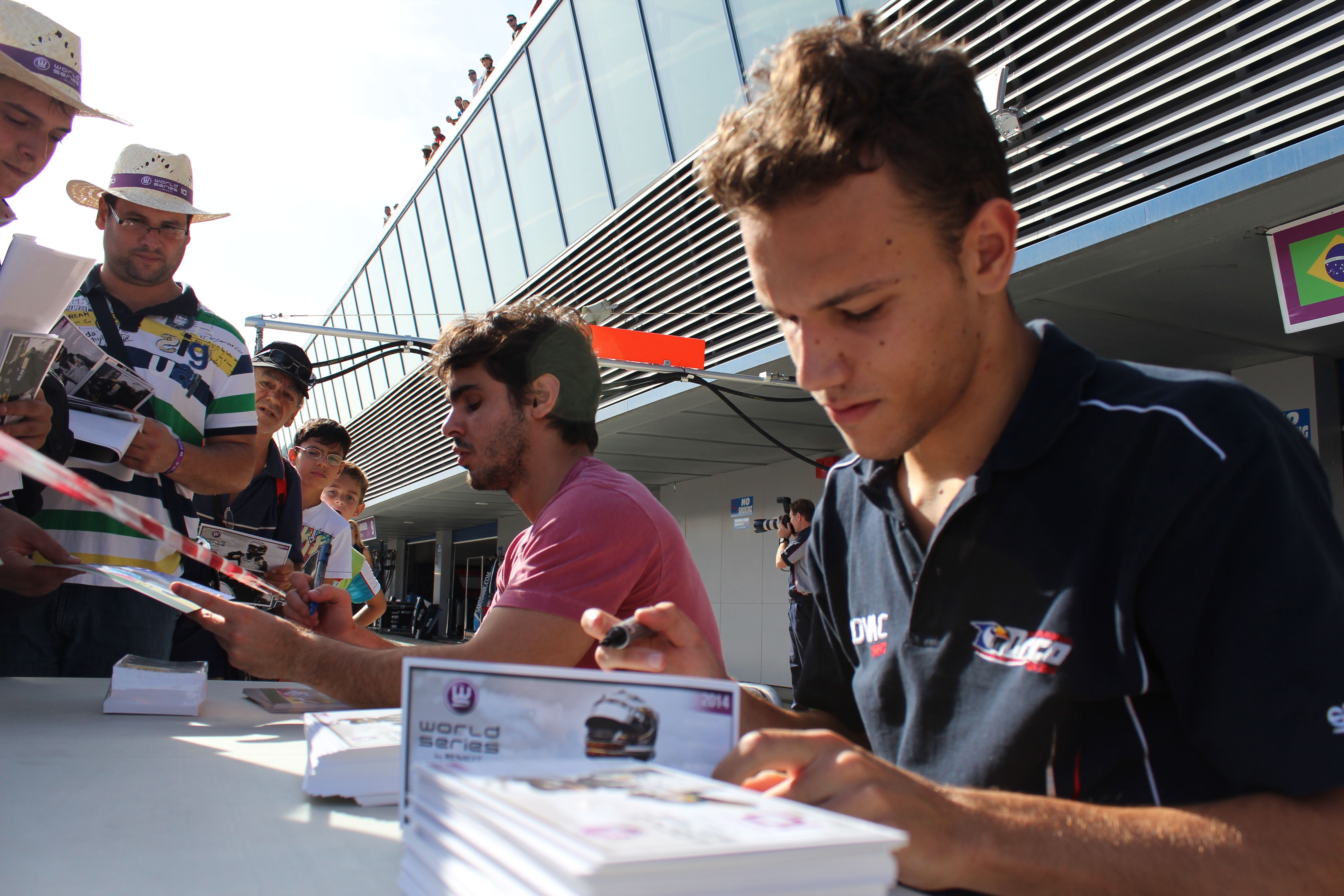 Pietro Fantin (International Draco Racing) starred during day one of the collective tests at the Circuito de Jerez. The Brazilian clocked the best time of the day at 1:27.915 during the morning session. Dean Stoneman (Arden Motorsport) then dominated the afternoon. Today also saw Nyck de Vries put in his first laps at the wheel of a Formula Renault 3.5 Series. 10th on the day, the 2014 Eurocup Formula Renault 2.0 champion was with his future team, defending champions, DAMS.

On Tuesday, the drivers and teams began their 2015 preparation. Among them, six from the Eurocup Formula Renault 2.0 at the wheel of a Formula Renault 3.5, including Nyck de Vries, who won his title two days ago, Dennis Olsen (Strakka Racing) and Egor Orudzhev (Fortec Motorsports). Drivers from the Formula 3 and GP3 ranks also took part alongside the regulars from the 2014 season.

Strakka drivers, Nicholas Latifi and Dennis Olsen, dominated the beginning of the second session. The pace picked up under the leadership of Dean Stoneman who set fastest lap of the session in the first hour. Despite the efforts of his rivals late in the day, the Englishman held on to best time ahead of Oscar Tunjo, Luca Ghiotto, Alex Fontana and Jordan King at the end of a session interrupted prematurely by Matthieu Vaxiviere.

Nyck de Vries: “I am pretty satisfied with the day, especially this morning. We did a really good job with the fresh tyres. Yet, we should have done this afternoon with the new tyres. I felt good physically and I really liked the car. We’re 50km/h faster than the Formula Renault 2.0., but we brake at the same spot! The brakes are very impressive, as is the grip level. I enjoyed it a lot!”

Pietro Fantin: “We ran new tyres this morning, but I think it was a little too late. We improved the car on the long runs, because while I set the best time in both races, the car lacked consistency in the races. We have three sets of new tyres for tomorrow, so we should be fine. For 2015, for sure it is likely to be back. We were unlucky during the season, but we have never doubted the potential.”

Alex Fontana: “It was a very positive day. I set the second best time this morning and the fourth this afternoon, when we did some specific tests on the car. Like always in practice, I was caught up in traffic on my best lap, and the lap after it, the red flag period. What is important is that the performance was there. Driving a Formula Renault 3.5 Series is very interesting, similar but more physical than the F1 car I test drove last year. To compete in the 2015 season is something I would like to do, but it is Lotus’ decision to make!”

Dean Stoneman: “The conditions were not at all like they were for my test last year at Motorland. You had to put in a bunch of laps to build up the temperature, while here; you only have two laps to get the most out of them. It was a very satisfying day even if we lost a valuable track time after some issues in the morning, but we made consistent progress in a number of areas.”