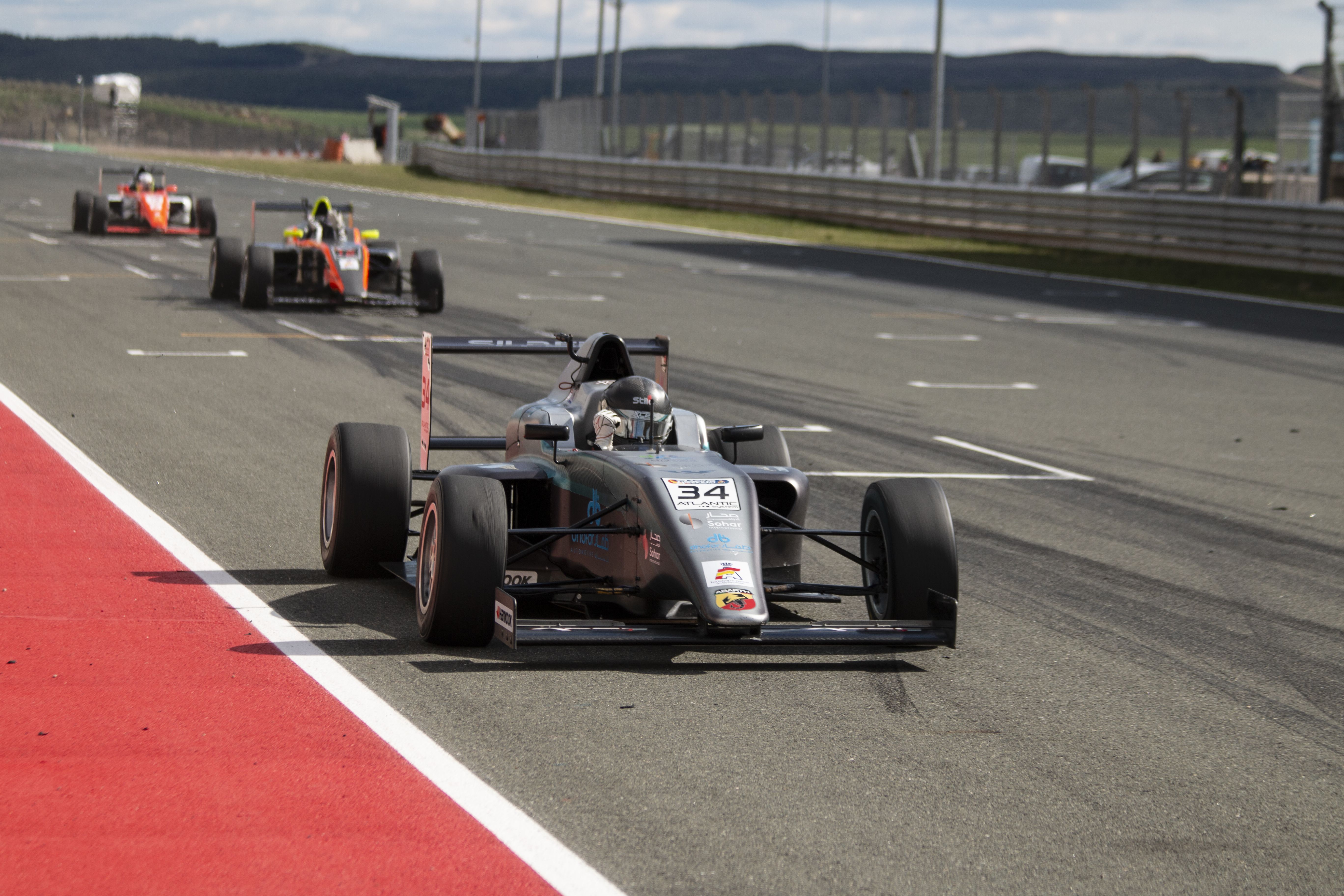 Fernando Alonso’s protege, Franco Colapinto was the man to beat this weekend at Navarra circuit in north of Spain for the first round of Spanish F4. The Argentinian took pole for the three races and easily won Race 1 by a clear gap over Xcel Racing’s Shihab Al Habsi and MP Motorsport rookie Glenn van Berlo.

The situation was the same in Race 2, with Colapinto wining by a clear margin over Matteo Nannini (Xcel Racing) and van Berlo. But the stewards bizarrely penalized the Top 10 finishers as they did not respect a red-flag situation.

The results stands provisional as the teams has challenged the decision with the FIA to look into the matter. Meanwhile, the Race 3 saw Al Habsi score the win but after a torrid due to several incidents. The Oman driver still finished in front of Rashed Ghanem (Drivex) and Dutch Rijmen van der Helm (MP Motorsport).

The official formula racing debut for Frenchman Hadrien David finished with an incredible on-track dominance as David managed to win three of the four races that was held at Sepang International Circuit last weekend.

Only Emil Skaras, also a rookie, managed to eke out a win. The results helps David to leave Malaysia with the 87 points in his pocket with Lucca Allen in second, who was the only one to finish all the races in the podium.

In one of the strongest F4 series around the globe only had an entry of 12 drivers for the first race at Brands Hatch. Mexican Double R Racing driver Alvarez made the most of the weekend with one win and two second place finishes to leave Round 1 as a leader by 15 points over Luke Browning.

Richardson Racing’s Browning won Race 1 and finished third in Race 2 but lost out in Race 3 as he was only seventh. Louis Foster from Double R Racing also had a race win to his name as he finished seventh in Race 1 and fourth in Race 3.

F3 Americas: Pedersen and Dickerson head-to-head in the lead

The duo are tied with 43 points at the top with Abel Motorsports’ Jacob Abel in third having scored a podium in Race 1, while Momentum Motorsports’ Kent Vaccaro sits fourth after his podium finish in Race 2.