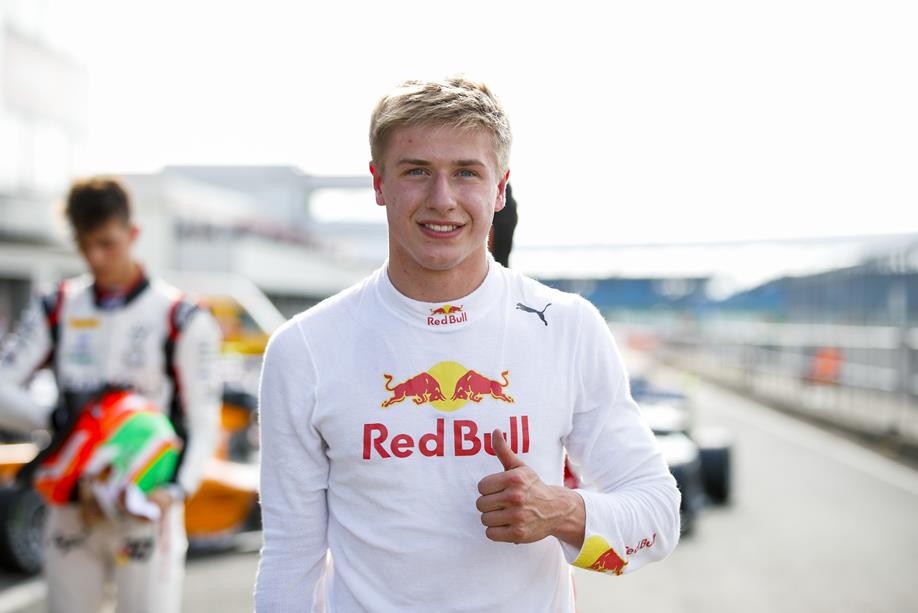 Pulcini then cleared Lundgaard for third but the Renault junior came back straightaway and retook third as the Italian then lost out to Armstrong as well to be fifth. Prema’s Robert Shwartzman stayed sixth from Trident’s Pedro Piquet and MP Motorsport’s Liam Lawson.

HWA Racelab’s Jake Hughes and Trident’s Niko Kari were in the Top 10 but the Finn was forced to pit after Carlin’s Logan Sargeant clipped his rear which resulted in a puncture, with the incident put under investigation by the stewards.

At the front, Vips continued to lead as Daruvala kept him on his toes with Armstrong coming back as well after passing Lundgaard for third. A retirement for Jenzer Motorsport’s Frederico Malvestiti neutralised the race with the Virtual Safety Car deployment.

The re-start had Daruvala making an attempt on Vips but the Estonian held on. The Indian went slightly off in his attempt which brought Armstrong in the mix as the Kiwi nearly got him for second but Daruvala held when a safety car neutralised the race.

Sauber Junior Team by Charouz’s Raoul Hyman crashed out heavily as he joined Malvestiti and Campos Racing’s Alessio Deledda in the retirement list. The re-start, meanwhile, worked well for Vips as he immediately created a good gap to Daruvala.

The Indian had Armstrong on his tail though, who had Pulcini hurrying him on after the Italian passed Lundgaard for fourth. The Frenchman lost another place to Shwartzman, who had to score as much to keep his F3 points lead.

At the front, Vips had enough to keep his lead and eventually score his second F3 win of the 2019 season in the feature race at Silverstone, with Daruvala having to settle for second ahead of Amrstrong, Pulcini and Shwartzman in the Top 5.

Daruvala is the new F3 points leader with 102 as the two extra points for the fastest lap worked in his favour from Shwartzman, who has 100 – the Indian did not register the outright fastest lap but he was the quickest inside the Top 10 to be eligible to score.

The actual fastest lap was from Sargeant, who finished 26th after his tangle with Kari earlier in the race, which forced him to pit for a wing change. Meanwhile, Lundgaard lost another place in the end to Piquet, who finished a solid sixth.

The other Red Bull junior Lawson steadied on in eighth with Hughes in ninth and Campos Racing’s Alexander Peroni climbing his way up to 10th. With Lawson finishing eighth, he has reverse grid pole for Sunday’s sprint race alongside Lundgaard.

ART Grand Prix’s David Beckmann was just outside the Top 10 in 11th after losing out to Peroni on the final lap, with Hitech GP’s Ye Yifei close behind in 12th. Carlin’s Felipe Drugovich finished 13th from Jenzer’s Yuki Tsunoda and Sauber’s Lirim Zendelli.