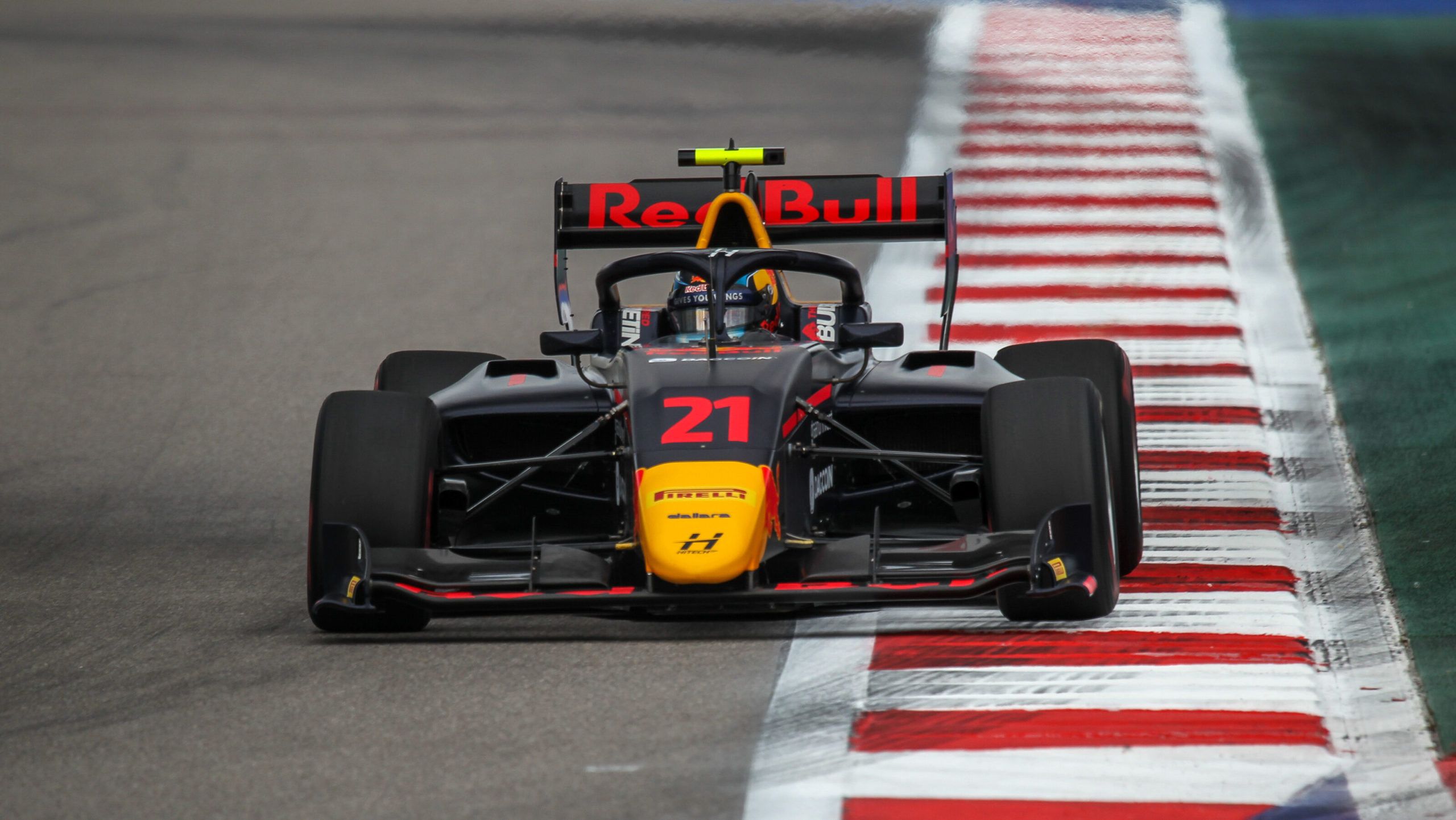 Reverse grid pole-sitter Hitech GP’s Juri Vips held on to his F3 lead in the sprint race at Sochi despite attempts from HWA Racelab’s Jake Hughes. It was disaster for Prema’s Jehan Daruvala, who stalled on the grid.

He started from the pitlane which was detrimental to his chances to keep second place with Marcus Armsrtong in a good position in fifth behind Hitech GP’s Leonardo Pulcini and Trident’s Pedro Piquet.

The Top 8 then had Trident’s Niko Kari, Prema”s Robert Shwartzman and Jenzer’s Yuki Tsunoda. At the front, Vips held on to his lead as Hughes had Pulcini on his tail but the two made contact.

The Italian spun and dropped out with Hughes losing two places to be fourth behind Piquet and Armsrtong. The Kiwi then wasted no time to get second in his chase Vips and also beat Daruvala for second.

The Indian though pushed through from back of the grid as he climbed up the order to salvage a points result. It wasn’t straightforward for him though with Armstrong pushing as well for the extra points.

The 2019 F3 champion Shwartzman made strides as well to move up to fourth after passing Kari and Hughes as the stewards notified that the start procedure involving Daruvala would be investigated after the race.

As Vips led Armstrong, Shwartzman climbed to third with the retirement for Piquet. Hughes was back in fourth with Kari behind as Verschoor was sixth ahead of Hitech GP’s Ye Yifei and Tsunoda.

It was a hectic end but Vips held on to score his third F3 win of the season in Sochi’s sprint race as Armstrong’s second place along with the fastest lap helped him beat Daruvala in the standings by one point.

The Indian made a valiant effort to get back in points as he nearly made it in but for the last lap shenanigans and a penalty which dropped him to 15th. The podium, meanwhile, was completed by Shwartzman.

The Russian had Hughes on his tail but hung on with Kari ending up fifth ahead of Yifei, who registered his first F3 points result. Verschoor was seventh as MP Motorsport teammate Liam Lawson scored the final point.