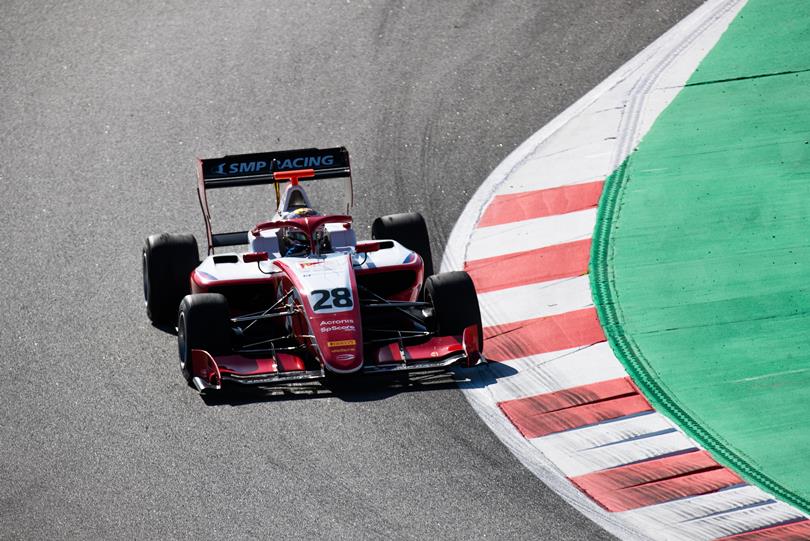 Even before the first F3 race of 2019 started at Circuit de Catalunya, Barcelona, there was an incident on the formation lap when HWA Racelab’s Keyvan Anders and Sauber Junior Team by Charouz’s Fabio Scherer collided.

The two were forced to start from the pitlane. They were joined in by Hitech GP’s Leonardo Pulcini when he couldn’t get going on the formation lap while Red Bull junior and MP Motorsport’s Liam Lawson pitted due to a mechanical issue after the formation lap.

It was a decent start from the Top 3 when the feature F3 race went green but ART Grand Prix’s Christian Lundgaard had a better one from the front-row to take the lead as Prema’s Robert Shwartzman and Marcus Armstrong almost came to blows at Turn 1.

The Russian kept his nose ahead with the Kiwi in third as ART’s David Beckmann moved into fourth after a slow getaway from Prema’s Jehan Daruvala and MP Motorsport’s Simo Laaksonen as they dropped to seventh and eighth respectively.

Behind Beckmann, it was ART’s Max Fewtrell with Carlin’s Logan Sargeant in sixth but the American started to lose places with Daruvala passing him along with Hitech GP’s Juri Vips, who made headway in the race after starting from 11th.

The Red Bull junior nearly got Daruvala but went wide at Turn 1 but he got the better of him when the Virtual Safety Car was deployed for a spin for Campos Racing’s Alessio Deledda. At the front though, it was Lundgaard ahead of Shwartzamn.

The Dane kept at it after VSC re-start as the Renault junior took the win on the road but a post-race penalty for not slowing down fast enough under VSC saw him stripped off the victory, with Shwartzman eventually opening the 2019 F3 season with a win.

Lundgaard ended up second again like qualifying with Armstrong completing the podium positions. He nearly came under pressure from Beckmann but held on with the ART driver ending up fourth from teammate Fewtrell.

The Renault junior was in danger from both Daruvala and Vips at a time but the in-fight among themselves allowed him to keep his position. The Indian and the Estonian were at it till the last lap with Daruvala going past Vips for sixth.

But the Red Bull junior managed to re-take the place to eventually finish sixth as the Prema driver secured a front-row start for Sunday’s sprint race in seventh. On pole will be Trident’s Niko Kari, who fought his way up to eighth.

He was followed by Suaber Junior Team by Charouz’s Lirim Zendeli, Campos’ Alex Peroni and Sargeant in the Top 15. MP Motorsport’s Richard Verschoor was penalised for overtaking under VSC while Trident’s Pedro Piquet spun from 10th to finish 25th.