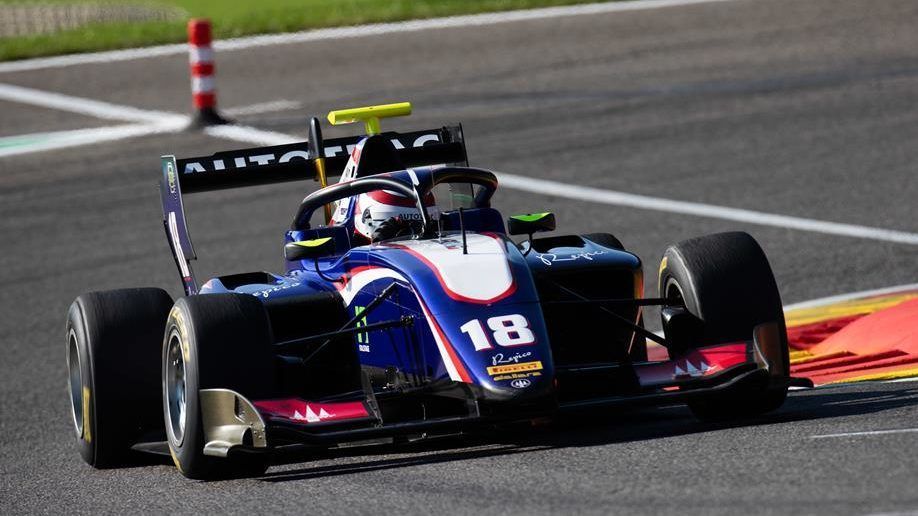 Trident’s Pedro Piquet had his first FIA Formula 3 (F3) Championship win in the feature race ahead of the Prema drivers.

Pole-sitter and Prema’s Daruvala made a good start in feature F3 race at Spa-Francorchamps but front-row starter Trident’s Piquet was able to get past him on the Kemmel Straight to take the lead.

Jenzer Motorsport’s Yuki Tsunoda was third with Hitech GP’s Leonardo Pulcini slotting in fourth ahead of Prema’s Robert Shwarztman. There were few offs behind with Campos Racing’s Alexander Peroni hitting the barrier.

He was dragged their by Trident’s Devlin Defrancesco, who was hit by Carlin’s Logan Sargeant as he was handed a five-second time penalty. The Virtual Safety Car was deployed to retrieve Peroni’s car.

On re-start, Piquet pulled away as Daruvala lost out to Pulcini, who made up two places to be second. The trio exchanged places for the next couple of laps with Tsunoda also climbing to second at one point.

However, Daruvala eventually cleared them both to take second as Prema teammate Shwartzman also cleared Tsunoda and Pulcini to third. The Russian then overtook the Indian to take second at Kemmel Straight.

At the same time, Piquet was already nearly four seconds up the road with Shwartzman and Daruvala chasing. Pulcini stationed himself in fourth from Tsunoda, who had Hitech GP’s Juri Vips on his tail.

Few battles in the lower half saw ART Grand Prix’s Christian Lundgaard in seventh from Max Fewtrell as Prema’s Marcus Armstrong climbed his way up to be ninth from MP Motorsport’s Richard Verschoor.

It was plain sailing for Piquet at the front though as the Brazilian eased in to score his first F3 win of the 2019 season – a first for Trident too as Shwartzman and Daruvala completed the podium positions.

Pulcini had late dramas in store as the Italian started to lose his tyres which pulled in Tsunoda, Vips and Lundgaard in the game. The four went at it on the final lap on the Kemmel Straight.

Vips came out in front taking the inside line with Lundgaard, Tsunoda and Pulcini behind as the Dane and the Japanese went off track. The stewards put the incident under investigation.

It was Lundgaard finishing fourth though as Vips lost to the Dane in the final corner when he out-braked himself. The Estonian settled for fifth with Tsunoda sixth and Pulcini in seventh.

The Top 10 had Armstrong in eighth, Fewtrell ninth and the final ART driver David Beckmann, with Carlin’s Teppei Natori missing out along with Liam Lawson and Sargeant after running in points early on.