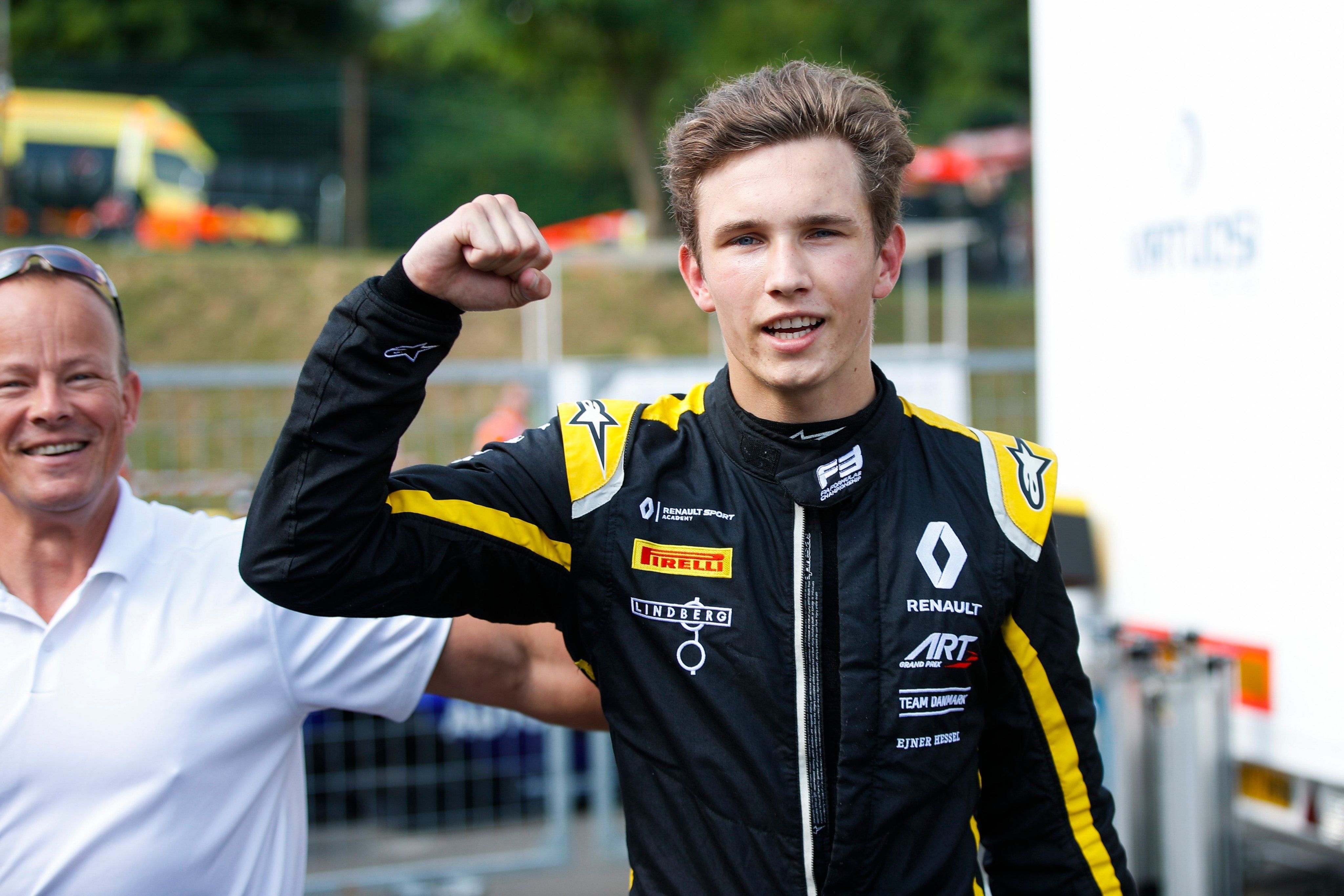 Pole-sitter and ART’s Lundgaard made a good start in the feature F3 race at Hungaroring to lead the race from teammate Fewtrell after Hitech GP’s Juri Vips dropped to fourth behind Trident’s Niko Kari while his teammate Pedro Piquet was fifth.

As Lundgaard led Fewtrell at the front, Kari came under tremendous pressure from Vips as the two went wheel-to-wheel for third with the Finn managing to hold off the Estonian. Behind, Trident’s Piquet suffered brake issues to retire from fifth.

The two Prema cars of Armstrong and Daruvala, meanwhile, started to make up places with the Kiwi making it inside the Top 10 with the Indian right behind him. At the front though, Lundgaard continued to lead from Fewtrell as Vips finally managed to get past Kari.

The Finn then lost out to Shwartzman as well but Hughes started to pull itself in the fight as the British racer went past the Russian for fourth. He was close behind Vips with the Estonian having to defend from Hughes in the dying stages of the race.

Lundgaard, meanwhile, eased in to score his first F3 race at Hungaroring, leading a ART 1-2 with Fewtrell in second as Hughes eventually passed Vips to complete the podium, with Shwartzman ending up fifth to score handy points towards the F3 championship.

Carlin’s Drugovich had a solid outing to score his best F3 result in sixth as Hitech GP’s Pulcini climbed up to seventh as Prema’s Armsrtong ended up eighth to secure the sprint race pole with Jenzer Motorsport’s Yuki Tsunoda ending up ninth.

The fight for the last point was on as Daruvala made it through but the Indian lost out to Carlin’s Logan Sargeant in the end, with the Prema driver ending up 11th which dropped him to third in the championship, now 22 behind leader Shwartzman.

Kari was another loser in the race he dropped from third to 15th in a space of four laps. Meanwhile, Beckmann was forced to retire as well after a tussle with Campos Racing’s Alex Peroni at Turn 1, which is under investigation.