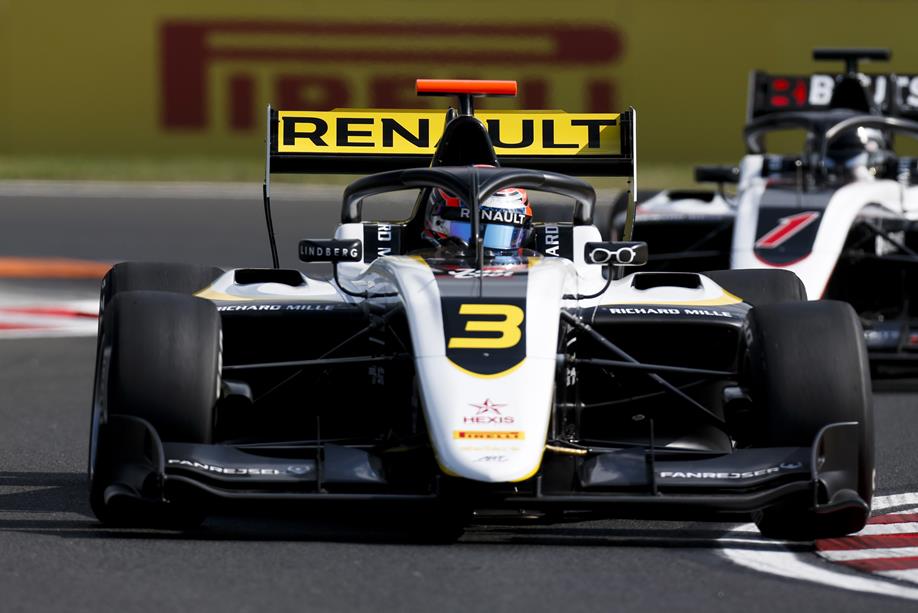 It was Prema’s Marcus Armstrong having provisional pole for the feature F3 race at Hungaroring as Hitech GP’s Vips slotted in second at the halfway stage. Times started to improve then on, with multiple drivers going quickest in a hectic period.

The leading Prema was of Robert Shwartzman (1m31.903s) in fourth as the the points leader had a good run as opposed to his teammates, who ended up outside the Top 10. It was a Renault-Red Bull-Renault-Ferrari line-up at the head of the field.

In a good show, Trident’s Niko Kari (1m31.974s) finished fifth ahead of teammate Pedro Piquet (1m31.987s) as HWA Racelab’s Jake Hughes (1m32.037s) finished seventh after an improvement from 17th on his final flaying lap, when not many improved.

Only 0.001s behind was Campos Racing’s Sebastian Fernandez with Armstrong ending up 13th eventually, 0.009s behind Fernandez. Campos’ Alexander Peroni was 14th with Sauber Junior Team by Charouz’s Raoul Hyman rounding out the Top 15.

In a dismal final few laps, Prema’s Jehan Daruvala and a F3 title contender, couldn’t improve by much to be only 17th in the end, while his competitors Shwartzman and Vips will start from the first two rows of the grid.