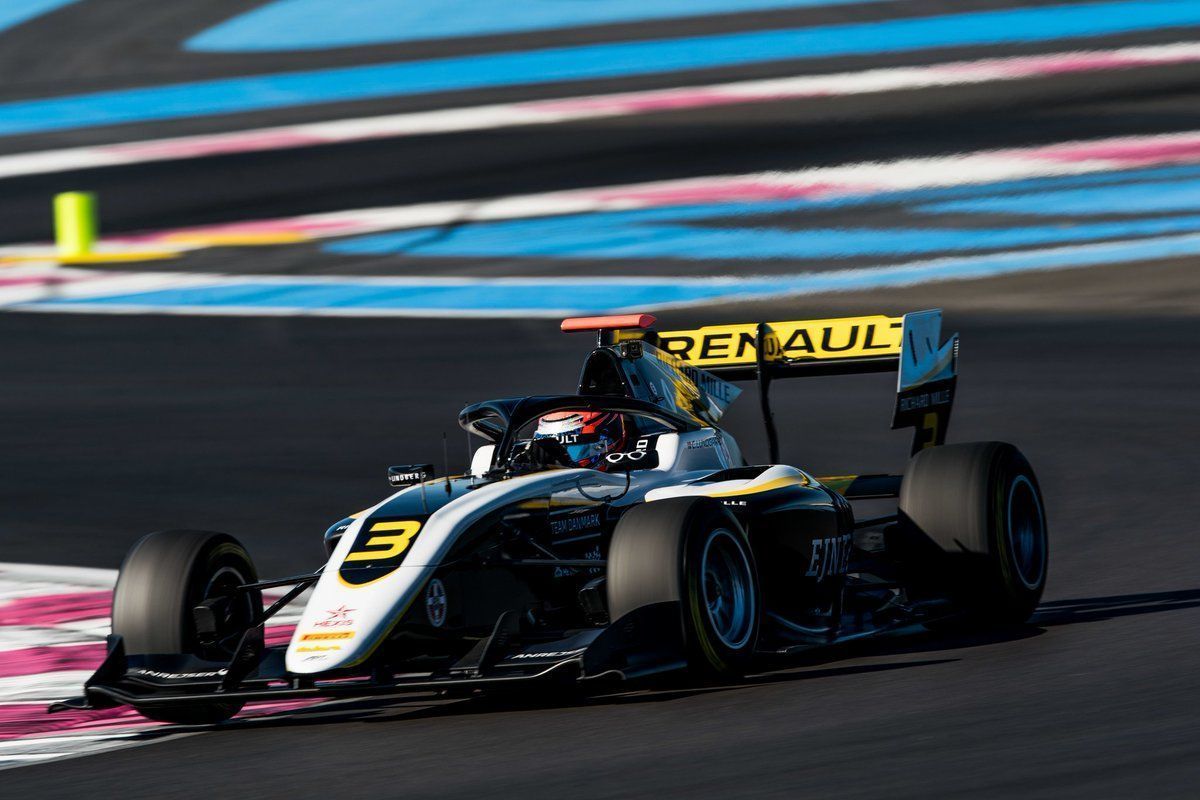 Lundgaard set a 1m48.786s lap in the morning session to end the second and final day of first F3 pre-season test on top at France’s Paul Ricard circuit with Day 1 pace-setter Ferrari junior and Prema’s Marcus Armstrong (1m48.800s) in second.

While Lundgaard topped the morning session as well as the overall standings, he brought out the day’s first red flag when he stopped at the pit entry. The Top 3 was then rounded out by Hitech GP’s Leonardo Pulcini (1m48.904s).

Like on Day 1, the two Prema drivers were separated by one place again on Day 2, Ferrari junior Robert Shwartzman (1m48.975s) ended up fourth with Hitech GP’s Ye Yifei (1m48.997s) in fifth – the Japanese was the last driver in the 1m48s bracket.

After engine issues troubled his running, HWA Racelab’s Jake Hughes (1m49.206s) did well to be ninth on Day 2 as Carlin Buzz Racing’s Felipe Drugovich (1m49.240s) rounded out the Top 10 with Campos Racing’s Alexander Peroni (1m49.251s) once again missing out.

Prema’s Jehan Daruvala (1m24.254s) was 12th on Day 2 with the Indian being the last driver to set a quickest time in the morning session. The first of the afternoon session driver was pace-setter Honda junior and Jenzer’s Yuki Tsunoda (1m49.301s) in 13th.

The Japanese was also a guilty party to cause a red flag when he stopped at Turn 15 in the afternoon session. ART’s David Beckmann (1m49.339s) was 14th in the order with the German setting his quick time in the morning session.

The Dutchman was the second driver to set his quick time in the afternoon session as MP Motorsport’s Simo Laaksonen (1m49.479s) ended up 18th with HWA Racelab’s Bent Viscaal (1m49.606s) in 19th – the Frenchman also having a better Day 2.

Here’s what happened on Day 1