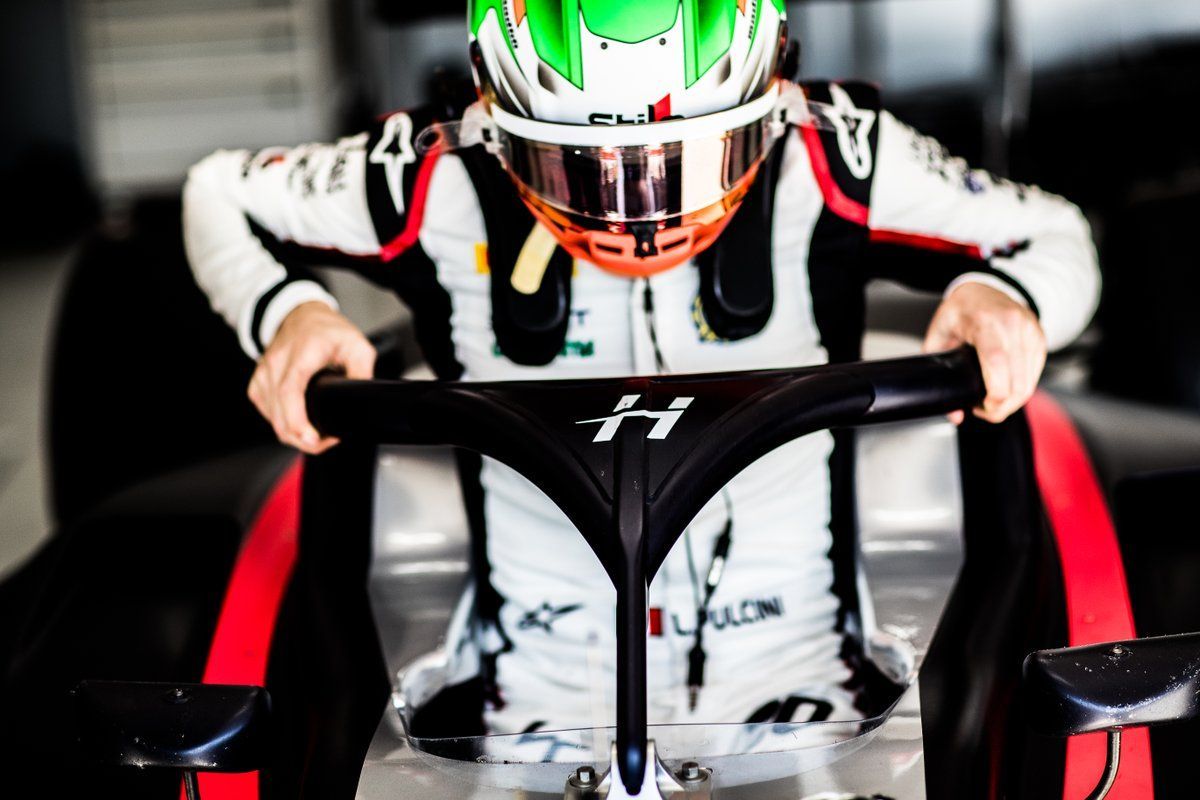 Pulcini (1m33.007s) set his best in the morning session to end the first day of second F3 test at Barcelona on top from Red Bull junior and MP Motorsport’s Liam Lawson (1m33.188s) and Ferrari junior and Prema’s Robert Shwartzman (1m33.189s).

It was a good show by HWA Racelab after Paul Ricard issues with Jake Hughes (1m33.199s) ending up fourth – as the Top 4 set their fastest time in the morning session. Carlin Buzz Racing’s Felipe Drugovich (1m33.284s) ended up fifth.

The Brazilian topped the afternoon session which was hampered due to rain as he had Renault junior and ART Grand Prix Max Fewtrell (1m33.291s) alongside him in sixth. Campos Racing’s Alex Peroni was seventh (1m33.373s).

He clocked his best in the morning session like eighth placed Ferrari junior and Prema’s Marcus Armstrong (1m33.417s), with ART’s David Beckmann (1m33.502s) in ninth as ge his best in the afternoon session.

The Top 10 was rounded out by Hitech GP’s Ye Yifei (1m33.504s) – the Chinese racer set his best time in the morning session and he was one of the culprits to cause a red when he stopped at Turn 22. Red Bull junior and Hitech GP’s Juri Vips slotted in 11th.

The Estonian missed on a Top 10 berth after his best of 1m33.588s from the morning session ahead of Prema’s Jehan Daruvala (1m33.594s) and Campos’ Sebastian Fernandez (1m33.686s). Renault junior and Carlin Buzz Racing’s Logan Sargeant finished 14th.

The American racer set a 1m33.703s time in the afternoon session with the Top 15 covered by MP Motorsport’s Richard Verschoor (1m33.727s) – the Dutchman setting his best in the morning session. Along with Yifei’s stop, there were five other red flag instances.

The morning session the lone one by Jenzer’s substitute Andreas Estner when he clipped the wall in Turn 8, while the afternoon session saw Trident’s Niko Kari stop at Turn 6 with Jenzer’s Artem Petrov causing the red flag twice.

First was a wide moment at Turn 3 into the gravel, while the second time saw him spin at Turn 11. After Yifei, the day’s last red flag was caused by Honda junior and Carlin Buzz Racing’s Teppei Natori when he went off at Turn 4.