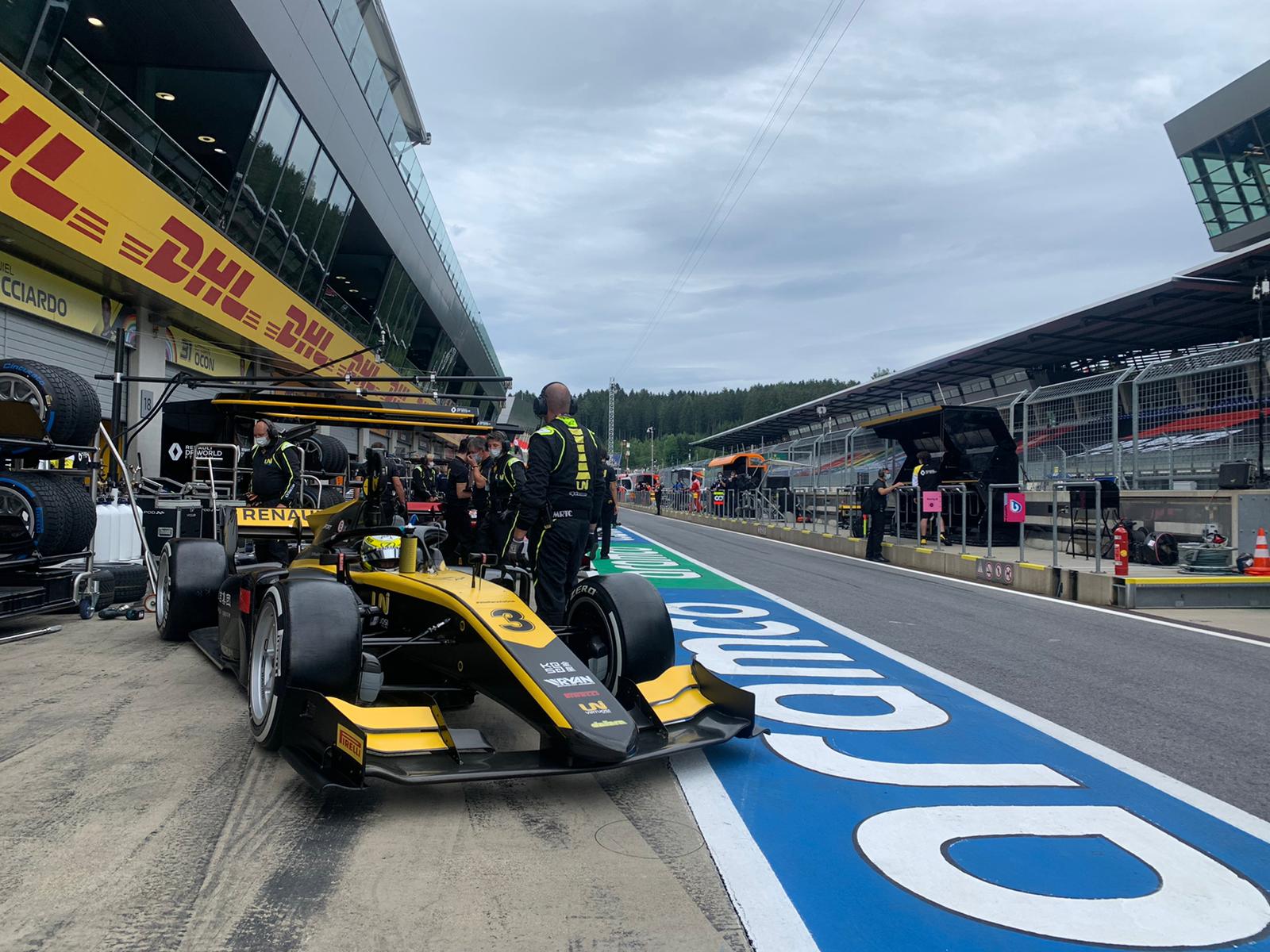 The qualifying for 2020 F2 season at Red Bull Ring had UNI-Virtuosi Racing’s Guanyu Zhou on provisional pole with a 1m14.780s lap as he led Carlin’s Jehan Daruvala and Charouz Racing System’s Louis Deletraz after their first laps.

The new F2 season also saw the debut of the 18-inch tyres from Pirelli which will be used in F1 from 2022 onward. It was a relatively smooth session but had a red flag when Trident’s Marino Sato parked up on the gravel in the final corner after a spin.

Just before the red flag, MP Motorsport’s Felipe Drugovich managed to push himself to third. But upon re-start, things changed behind Zhou, who improved to a 1m14.416s to take first pole of the 2020 F2 season for Saturday’s feature race.

Initially, ART Grand Prix’s Christian Lundgaard improved to second but Drugovich got better with a 1m14.880s to secure the front row where the Danish driver dropped to fourth after UNI-Virtuosi Racing’s Callum Ilott popped up to third (1m14.884s).

The session ended under yellow flag due to a spin got Hitech GP’s Nikita Mazepin which disrupted multiple F2 drivers. Carlin’s Daruvala was among those who couldn’t improve as he ended up sixth behind Prema’s Mick Schumacher.

A classification full of surprises 🎁

Over in F3, ART’s Fernandez surprised the pack with a late pole lap of 1m19.429s to beat Trident’s Lirim Zendelli by 0.016s with Prema’s Oscar Piastri in third ahead of teammate Logan Sargeant, while their third member Frederik Vesti ended up sixth.

The Dane had a spin but recovered eventually to be in the Top 6 behind HWA Racelab’s Jake Hughes. The rest of the Top 10 had Trident’s David Beckmann in seventh, Campos’ Alex Peroni, MP Motorsport’s Richard Verschoor and Charouz’ Roman Stanek.

The results from a frantic qualifying 👀#AustrianGP 🇦🇹 #F3 pic.twitter.com/xu2Mdd0qHq