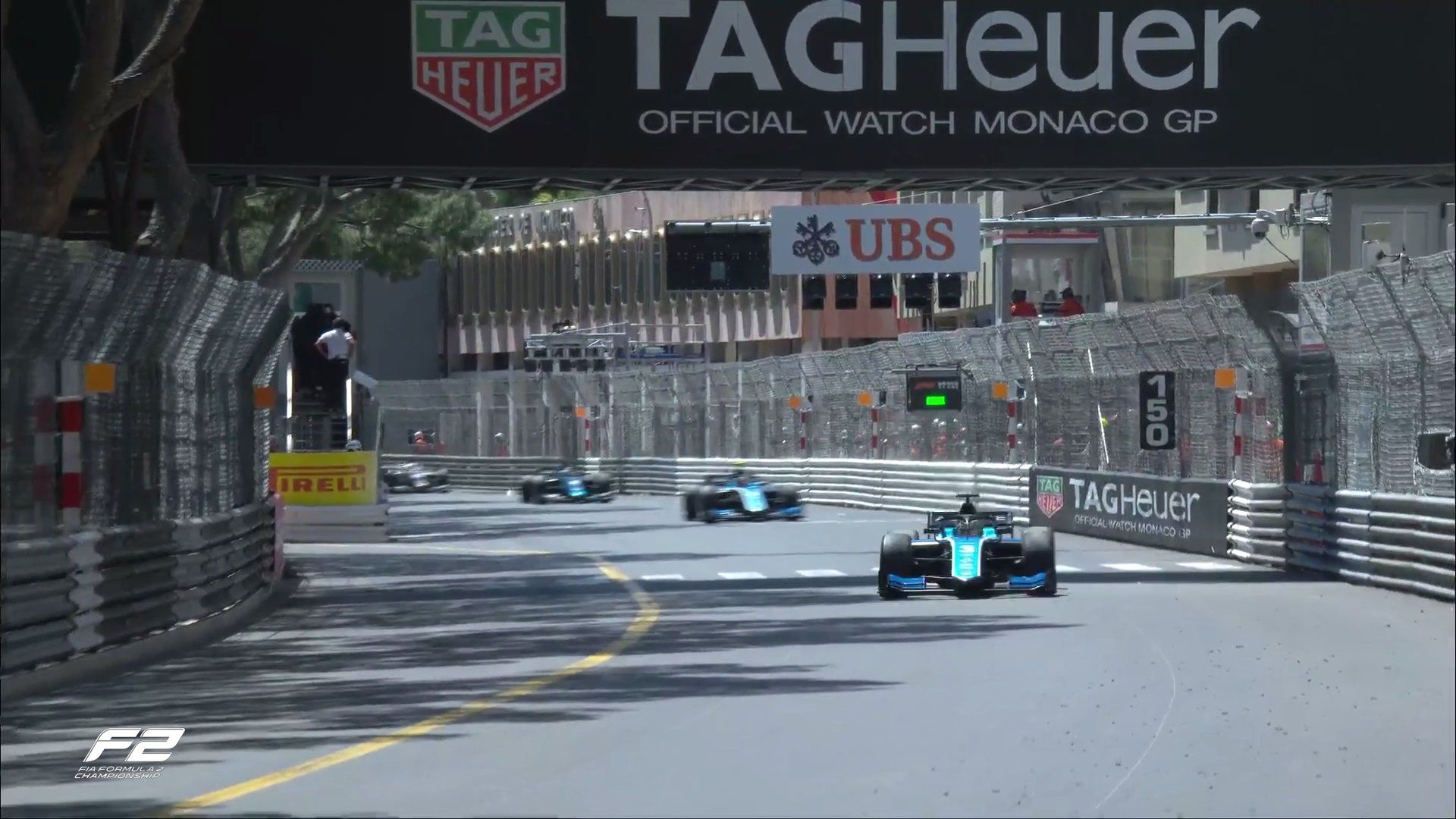 UNI-Virtuosi Racing had a 1-2 in Race 1 of Monaco F2 weekend as Guanyu Zhou won from Felipe Drugovich and DAMS’ Roy Nissany.

The Top 10 reverse-grid Race 1 in Monaco F2 weekend had a good start for UNI-Virtuosi Racing’s Guanyu Zhou from pole, as he led the way from ART’s Christian Lundgaard, who cleared the Zhou’s teammate Felipe Drugovich for second at Turn 1.

Prema’s Robert Shwartzman was forced to retire after hitting the wall and damaging his front wing, while Lawson made up two places after also clearing Daruvala. It was status quo for most part of the race, until a possible engine issue for Lundgaard.

The Dane drove around for couple of laps but was forced to stop and retire. It allowed Drugovich to be second with Nissany in third, while Boshung, Vips, Ticktum, Pourchaire, Piastri, Lawson and Daruvala rounded out the Top 10.

The Indian gained a place there while being chased by DAMS’ Marcus Armstrong and Charouz’s David Beckmann. It was the fight for a reverse grid pole with the two chasing Daruvala for 10th to attain pole for Race 2 to be held on Saturday morning.

There was late drama with a full safety car for a crash for Charouz’s Gianluca Petecof. It neutralised the race, allowing the field to bunch up nicely. The re-start worked well for Zhou as he soaked the pressure well to win Race 1 of Monaco F2 weekend.

Drugovich in second made it UNI-Virtuosi 1-2, as Nissany in third scored his first podium, from Boschung and Vips. The Estonian came under immense pressure from Ticktum, but held him off, as Pourchaire was sixth from Piastri and Lawson.

The reverse grid pole for Race 2 changed hands in the final corner after an aggressive move from Armstrong on Daruvala. The Indian closed the door in the right-hander, but the Kiwi pushed on. There was slight contact but both drivers played it well.

Daruvala ended 11th from Beckmann, as there was a late crash for Trident’s Marino Sato at Turn 1, but the Monaco marshals cleared the car pretty quickly. Post-race, Vips was put under investigation for safety car infringement.

#F2 #MonacoGP Provisional results of race 1. One place and 30 laps of experience gained for @BentViscaal as he finishes P14 during his first race at Monaco. #MsportXtra @ACM_Media pic.twitter.com/UysRlnTkG8

UPDATE: Although the commentator mentioned about a possible investigation for Vips, there was none which took place after the race. It seems like there was a communication error. Lundgaard, meanwhile, was fined for speeding in pitlane and reprimanded for taking off his helmet before entering the garage.