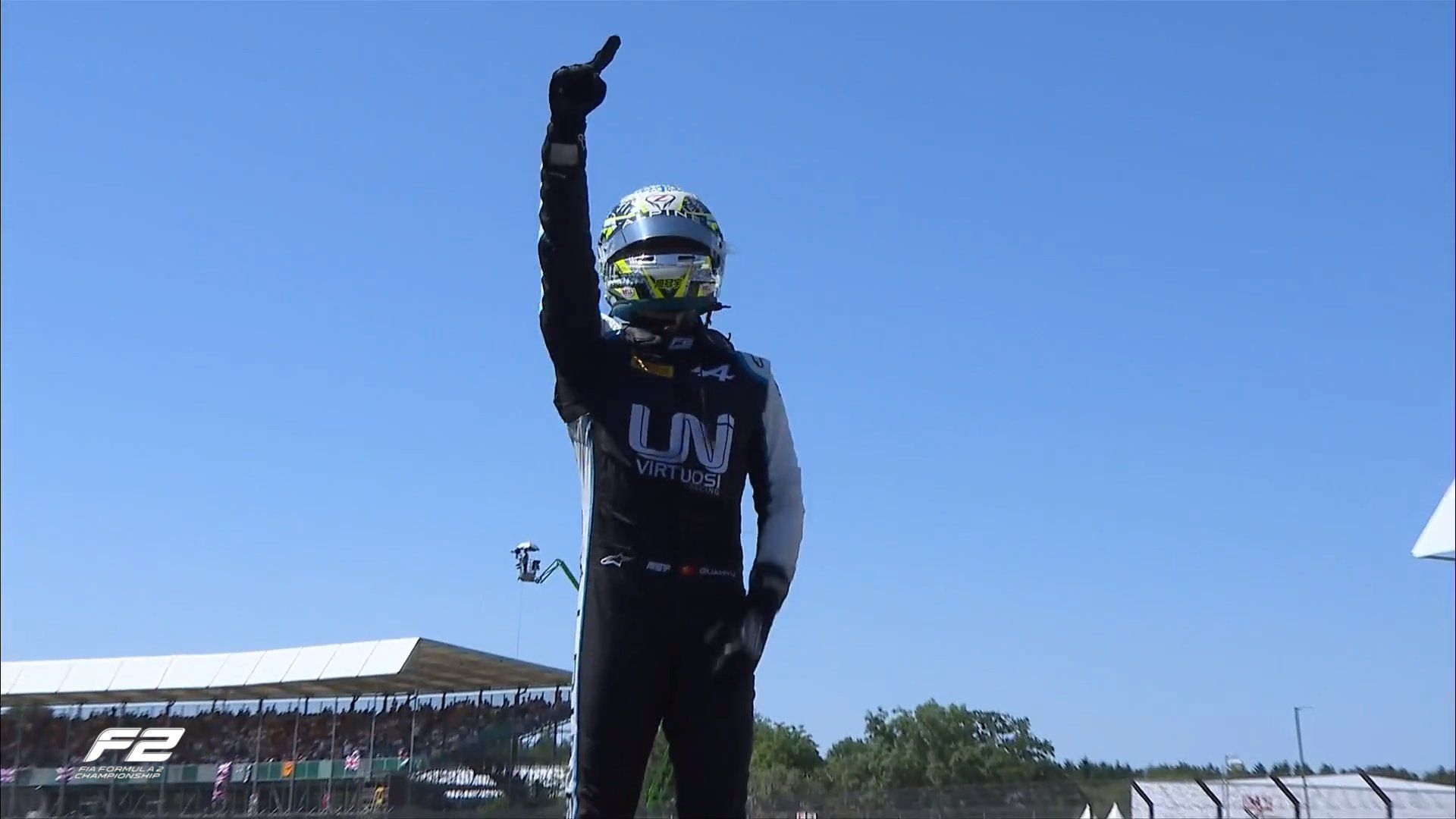 It was a slow start from pole-sitter Oscar Piastri in his Prema in the feature F2 race at Silverstone, as UNI-Virtuosi Racing’s Guanyu Zhou took the lead, while Carlin’s Daniel Ticktum passed MP Motorsport’s Richard Verschoor for third.

Prema’s Robert Shwartzman gained a place on UNI-Virtuosi Racing’s Felipe Drugovich, as ART’s Christian Lundgaard also gained places to be seventh from teammate Theo Pourchaire, who did not have a great start again after he faced same issue in Race 2.

Hitech GP’s Liam Lawson was ninth with DAMS’ Roy Nissany in 10th. It was status quo until the pit stop, which was kick-started by Ticktum, Shwartzman and Lawson in the Top 10, followed by Piastri, Lundgaard, Zhou and Nissany on the following laps.

Zhou had net lead set but Ticktum’s early stop allowed him to pass Piastri. A slow stop for Verschoor did not derail his chances as he slotted in fourth, with Shwartzman, Drugovich, Pourchaire, Lawson and Nissany following on among the early stoppers.

At the front, among the alternate strategy runners, it was Hitech GP’s Juri Vips leading from MP Motorsport’s Lirim Zendeli and Carlin’s Jehan Daruvala. There was multiple penalties, meanwhile, for unsafe release for Lundgaard and Charouz’s David Beckmann.

Lundgaard’s left-rear tyre was not fitted properly but he left his box, which pushed the tyre out in the pitlane. He was handed a 10s stop and go penalty, while Beckmann was handed 5s penalty for his infringement, which wasn’t aired on the world feed.

At the front, Vips finally pitted and came out at the fag end of the Top 10, gaining few places. Zendeli went further with Daruvala going even further and HWA Racelab’s Matteo Nannini the furthest – with the former three gaining places to be in the Top 10.

In fact, Vips managed to pass Pourchaire for seventh, with Zendeli and Daruvala then chasing the Frenchman. At the front, Zhou was a comfortable winner in the Silverstone feature F2 race, much needed for the Chinese driver in the title fight.

Ticktum was second at a distant, while Piastri managed to hold off Verschoor in the end to take third. The two had some moments in their fight but there was no investigation, as Shwartzman in fifth led a big train of cars until the end of the Top 10.

He has Drugovich behind him, with Vips chasing him. Despite losing to the Estonian, Pourchaire stuck with him, as Zendeli and Daruvala rounded out the Top 10 – whereby Vips and the other two managed to work the alternate strategy work with points finish.

Daruvala took extra points for fastest lap, as Lawson ended up outside the Top 10 in 11th from DAMS’ Marcus Armstrong, Trident’s Bent Viscaal, Campos’ Ralph Boschung and Charouz’s Beckmann in the Top 15. 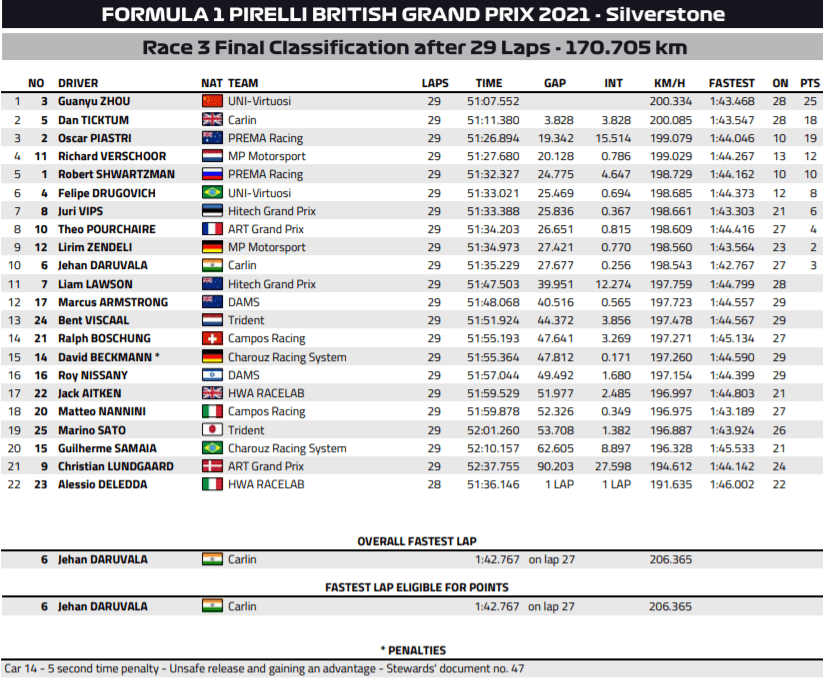 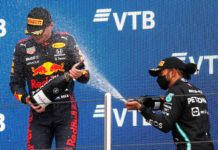 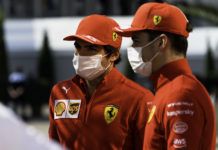 Hamilton feels no pressure as Verstappen not thinking too much about...