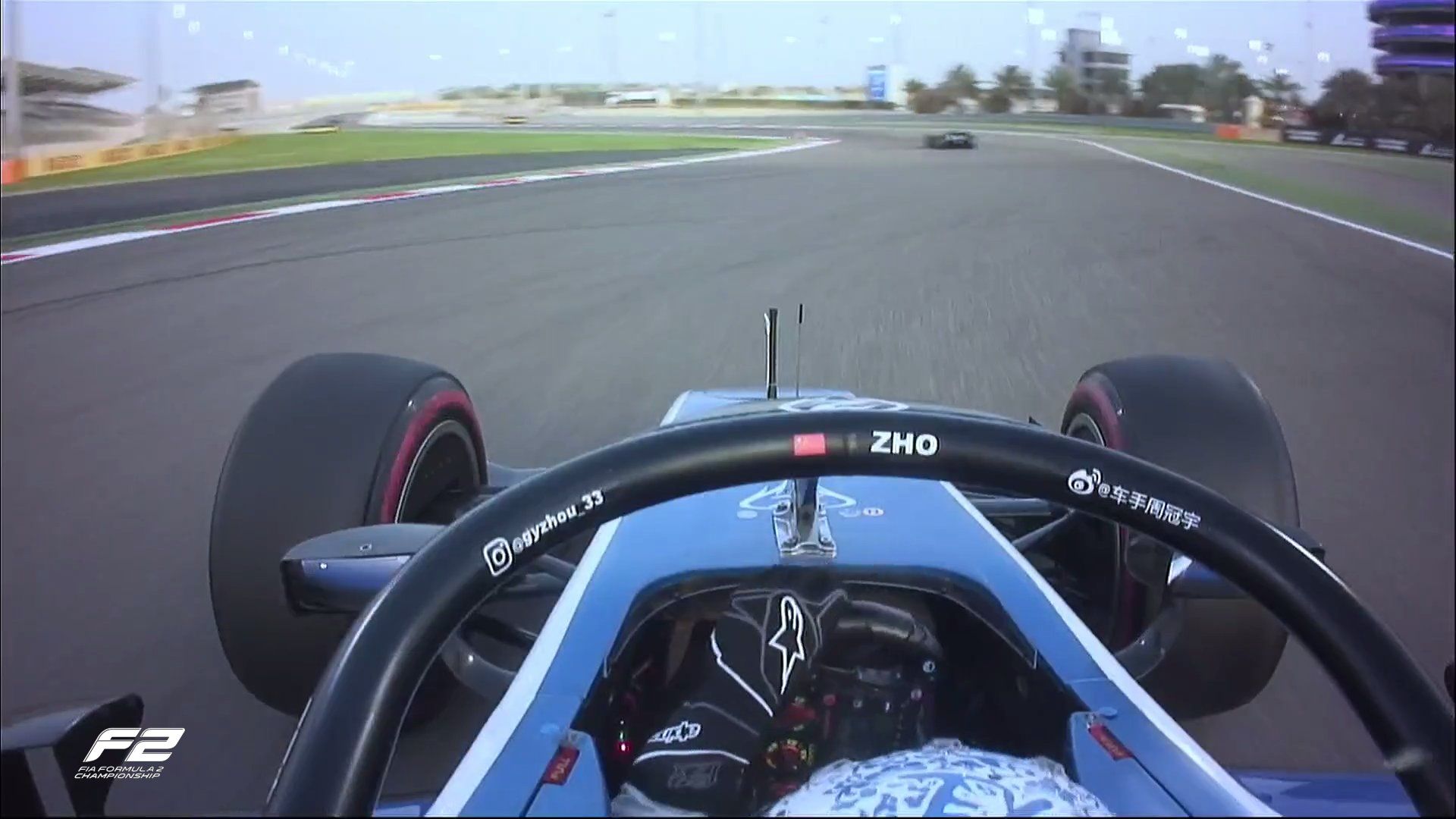 The first runs to start the 2021 F2 season’s qualifying had UNI-Virtuosi Racing’s Felipe Drugovich leading the way with a 1m43.315s from ART’s Christian Lundgaard and Carlin’s Jehan Daruvala, while Prema’s Robert Shwartzman was fourth.

It was smooth for most apart from UNI-Virtuosi Racing’s Guanyu Zhou, who was forced to do an out-of-turn run. While everyone pitted after their first timed lap, Zhou utilised the opportunity to set his fastest lap to go atop with a 1m43.293s lap.

With most of the F2 grid getting back up to speed for their second run, it was halted by a red flag when Shwartzman stopped on track on the main straight. The re-start gave them only one lap to play with and Lundgaard was the man on charge.

The Top 10 was then rounded out by Hitech GP’s Liam Lawson and Charouz’s David Beckmann, as ART’s Theo Pourchaire missed out in 11th. Despite not running for his final lap, Shwartzman managed to finish 12th from Campos’ Ralph Boschung.

The order may change still as all the drivers who entered the support paddock during red flag were put under investigation, including Zhou for crossing chequered flag twice. Meanwhile, as per the new F2 format, the quali result will form Sunday’s feature race grid.

UPDATE: The first post-qualifying penalty was handed to Trident, where the team is to pay 500 euros fine for having two members go beyond the white line at pit exit, when Viscaal stalled near pit exit at the start of the F2 qualifying session.

The Dutchman was relieved to not have a grid penalty under his name, which was same for the likes of Zhou, Lawson, Verschoor, Zendeli, Beckmann, Boschung and Nannini. All were found to have broken the director’s event note instructions.

The stewards summoned all of them and found out that everyone entered the support pitlane 45s before the session ended. They mostly followed the guidelines and so were left off with a reprimand – in a huge relief to the pole-sitter Zhou.

His case was more stringent, but he was let off still: “The stewards determined that Car 3 took the chequered flag and only realised too late that he was required to enter the support race pit lane after passing the entrance. Car 3 therefore returned to the F1 pit lane. The driver was cautioned to carefully read and follow all Race Director notes in the future. The Stewards note the proper handling of the situation by the Team in pit lane, and with the supervision of the Technical Delegate returned it to Parc Ferme.”

Aside the above, there was another major summon where the stewards asked Vips and his side of the team to meet them for an alleged breach of Article 4.3.13 of the Technical Regulations. The matter is under investigation at the moment.

All of his lap times stands deleted too, but Vips has been granted permission to start from the back of the race, both in Race 1 and Race 3. The stewards found irregularity in the fins extending to 1.5mm below the reference plane, even after 5mm tolerance.

The report explained: “Having considered the matter extensively, the Stewards determined that the undertray fins of Car 8 are not in compliance with Article 4.3.13 of the 2021 FIA F2 Technical Regulations. Specifically, even after the 5mm tolerance allowed in the Article is applied, the fins still extend 1.5mm below the reference plane rather than being no lower than the reference plane as required by the Article. The measurement was conducted by the Technical Delegate using the standard method that has been used by the Technical Delegates and the F2 Teams for the entire life of the series.”

As Vips qualified fifth for both Race 1 and Race 3, his disqualification will mean a new starting order. The Top 10 reverse for the first race on Saturday will have Pourchaire on pole after he was promoted to 10th in the running order.

UPDATE 3: Following the DSQ decision by the stewards, Hitech GP lodged an appeal against it. As a result, the provisional qualifying result shows Vips to be in fifth, with a message of ‘Qualifying position restored through the suspensive effect of the Appeal’.

UPDATE 4: The latest from F2 is that Hitech GP has withdrawn its appeal and so Vips’s disqualification is now once again in place, which means, he will start from the back of the grid, while Pourchaire will be on pole for Race 1.

In other news from Formula E, after Nissan’s announcement of signing-up for Gen3 regulations, Porsche became the fourth to do after Mahindra and DS Autombiles did so too. This seals the German outfit’s participation until the 2026 season.

“The new racing car generation Gen3 opens the next chapter in the success story of Formula E. And we want to be part of it,” said Fritz Enzinger, Vice President Porsche Motorsport and Senior Vice President Group Motorsport Volkswagen AG.

“With our entry in 2019, we made a clear commitment to Formula E. From our point of view, it offers the most competitive environment to advance the development of high-performance vehicles with a focus on eco-friendliness, energy efficiency and sustainability.

“The previous season confirmed this, despite the raft of pandemic-related restrictions. The successes in our debut season with two podiums and a pole position are just the beginning. It was important for us that the DNA of Formula E, which has made the championship so successful, was preserved. That’s happened.

“At the same time, we see potential to take Formula E to the next level from a sporting and technological point of view. So we regard it as an interesting challenge to actively shape the successful future of the FIA Formula E World Championship and thereby to give electric mobility another boost on a global level. We look forward to the new Formula E era.”

Here’s news on Nissan signing up with Formula E