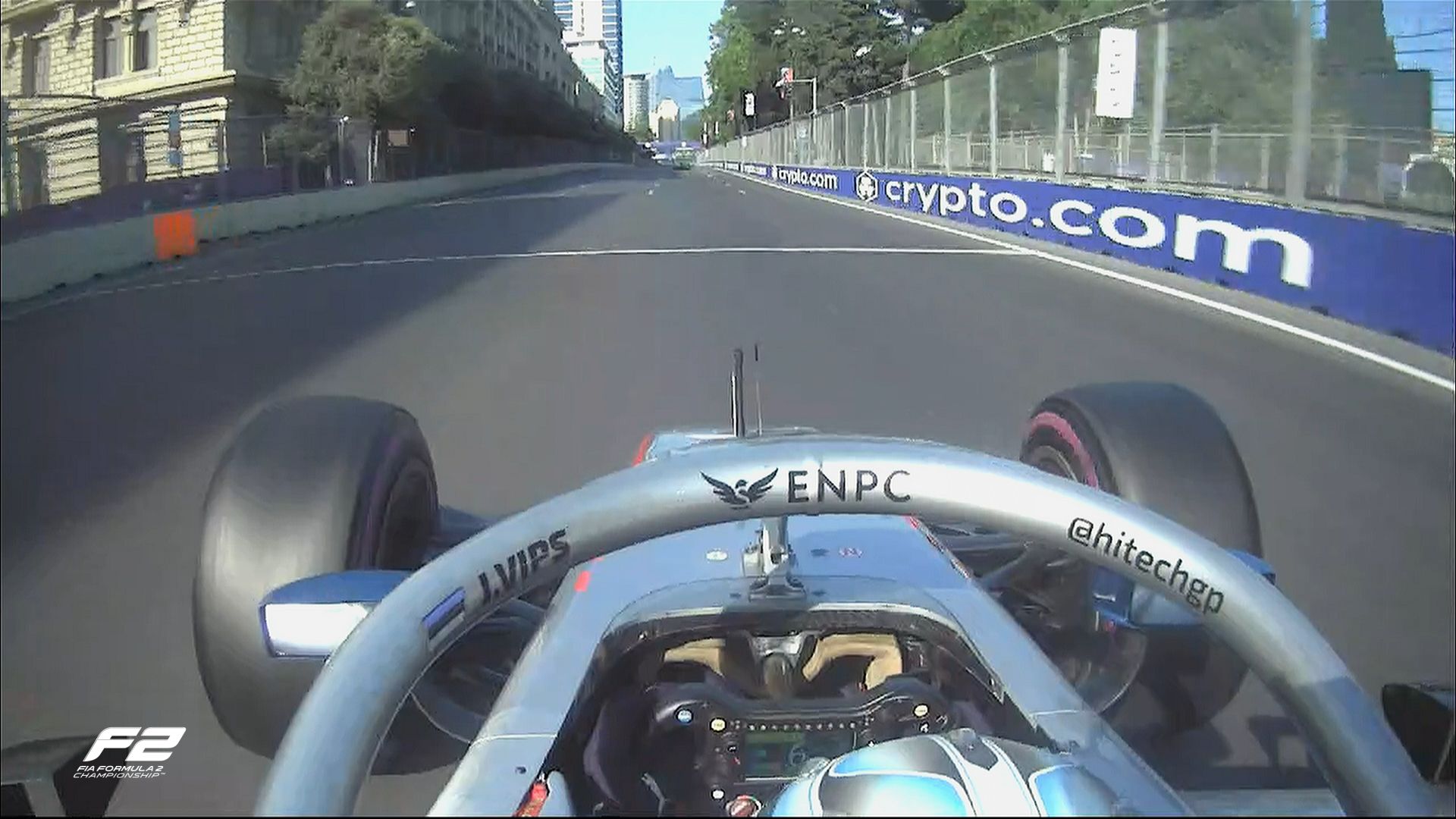 The F2 qualifying in Baku saw DAMS’ Ayumu Iwasa lead the way at the mid part of the session with a 1m54.483s lap but the likes of Hitech GP’s Marcus Armstrong and MP Motorsport’s Felipe Drugovich not far off being 0.004s and 0.071s apart.

Carlin’s Liam Lawson and Prema’s Jehan Daruvala were not far off in the Top 5, as Campos Racing’s Ralph Boschung had a difficult return to the F2 grid after an off moment and no time for him in the first part of the qualifying session.

The second run saw some drivers tripping over each other but as things got going, the session was red-flagged after the provisional pole-sitter Iwasa took more speed at the left-hander and smashed it into the wall to end his qualifying session.

With less than six minutes remaining, it was tricky situation for all on a track like Baku where tripping is very easy. There was an unsafe release situation with Prema’s Dennis Hauger which the stewards are to investigate after the session.

The second run totally changed the order with improvements from every driver on the grid as Hitech GP’s Juri Vips took pole with a 1m53.762s lap as a late push from Carlin’s Lawson put him in second ahead of Prema’s Hauger, who is under investigation.

The other Hitech GP of Armstrong was fourth from F2 points leader Drugovich as Trident’s Richard Verschoor did a solid job along with Carlin’s Logan Sargeant to slot in sixth and seventh where the American had a late brush with the wall.

Prema’s Daruvala dropped to eighth with ART’s Frederik Vesti in ninth and Van Amersfoort Racing’s Jake Hughes 10th, which puts him on reverse grid pole for sprint F2 race. Iwasa ended up 13th despite not running his final run.