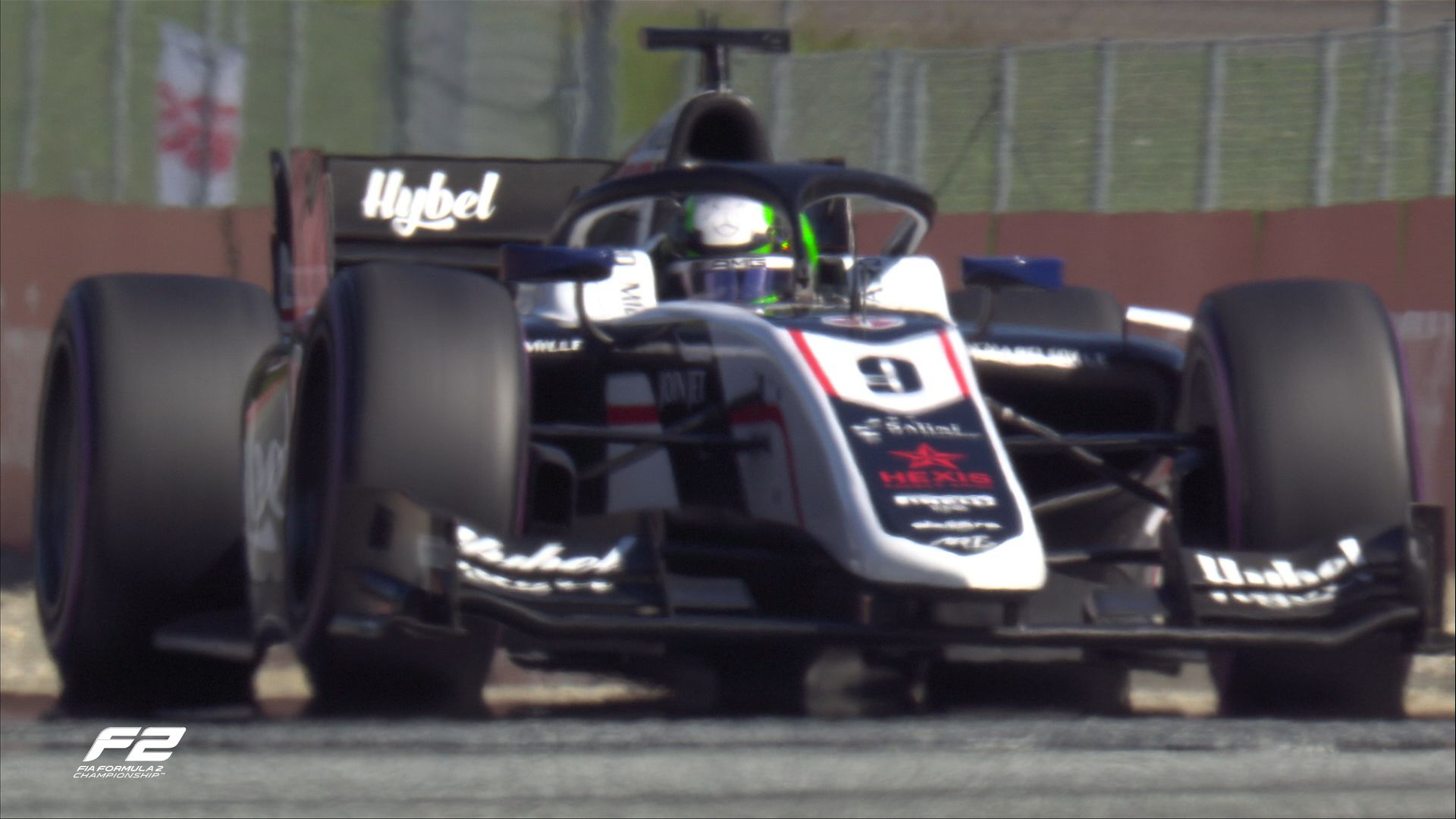 Frederik Vesti came back from lap deletion to feature F2 race pole at Red Bull Ring from Juri Vips, as Isack Hadjar takes it in F3.

Track limits played an important role in the first run for several of the F2 drivers in qualifying in Austria at Red Bull Ring. Virtuosi Racing’s Jack Doohan led the way provisionally with a 1m14.414s lap to kick things off.

Carlin’s Logan Sargeant was 0.010s at one point but track limits meant his lap was deleted, with with MP Motorsport’s Felipe Drugovich in second from Hitech GP’s Juri Vips, while Carlin’s Liam Lawson was fourth and ART’s Theo Pourchaire in Top 5.

His teammate Frederik Vesti did not have the best of times as almost all of his lap time got deleted due to track limits, with the likes of Prema’s Jehan Daruvala and Dennis Hauger also on lap deletion list along with MP Motorsport’s Clement Novalak.

An out of sync running for Van Amersfoort Racing saw Amaury Cordeel slot in second after returning from a ban, as Jake Hughes was in the Top 3 before his lap was deleted to drop to 10th. The second run saw change in order, but lap times deletion continue on.

Having had a difficult first run, Vesti delivered at the right time to take feature F2 pole with a 1m14.123s lap which was 0.035s quicker than Vips as Sargeant was third. A late push lap from DAMS’ Ayumu Iwasa put him in fourth eventually.

Drugovich was fifth from Doohan as Cordeel’s early lap was enough for seventh with Trident’s Richard Verschoor in eighth, Pourchaire ninth and Hitech GP’s Marcus Armstrong in 10th from Daruvala, where the Kiwi is on pole for sprint F2 race.

There were no signs of the damp conditions that drivers dealt with in Practice as Qualifying began, but the wind had picked up from the morning session. Caio Collet was warned of a headwind into Turn 3 as the drivers headed out onto the sun-soaked track.

With long straights comprising much of the Red Bull Ring layout, drivers were very keen to find track position that provided a tow from someone ahead. Everyone was also careful to bring the soft Pirelli tyres into the ideal operating window gently, with no competitive times posted until seven minutes into the session.

Martins finished off the first batch of laps fastest with a 1:19.980, the pack narrowly separated front to back. Bearman slotted into P2 just 0.078s off the ART Grand Prix driver’s time. Leclerc, Frederick and Roman Stanek made up the top five following the opening efforts.

A brief reprieve and visit to the pits came with 15 minutes left of the session as drivers swapped onto fresh soft tyres. Cars re-emerged with 10 minutes to go, Federico Malvestiti heading the queue. Bearman’s exit didn’t go according to plan as he was released into the path of Zak O’Sullivan, resulting in wheel-to-wheel contact in the pitlane. Both were able to proceed with the final laps though.

With the tow being so critical to a fast time, everyone was searching for one. Almost the entire grid trailed one another in the space of a single straight between Turns 3 and 4 ahead of the final flying laps as the session dipped below five minutes to go.

Hadjar nipped ahead of Martins with three minutes left, going 0.014s faster than his compatriot for provisional pole. Hadjar improved once more to go 0.2s clear of the pack just as a red flag came out for the stranded Charouz Racing System car of Zdenek Chovanec. With just two minutes left on the clock, it was confirmed that the session wouldn’t be restarted.

#F3 #AustrianGP Provisional qualifying results, which ended with a RED FLAG. This sets the grid for Sunday's Feature Race. For tomorrow's Sprint Race, the top 12 from this qualifying session will be reversed. #MsportXtra pic.twitter.com/Ww0ULYMikU