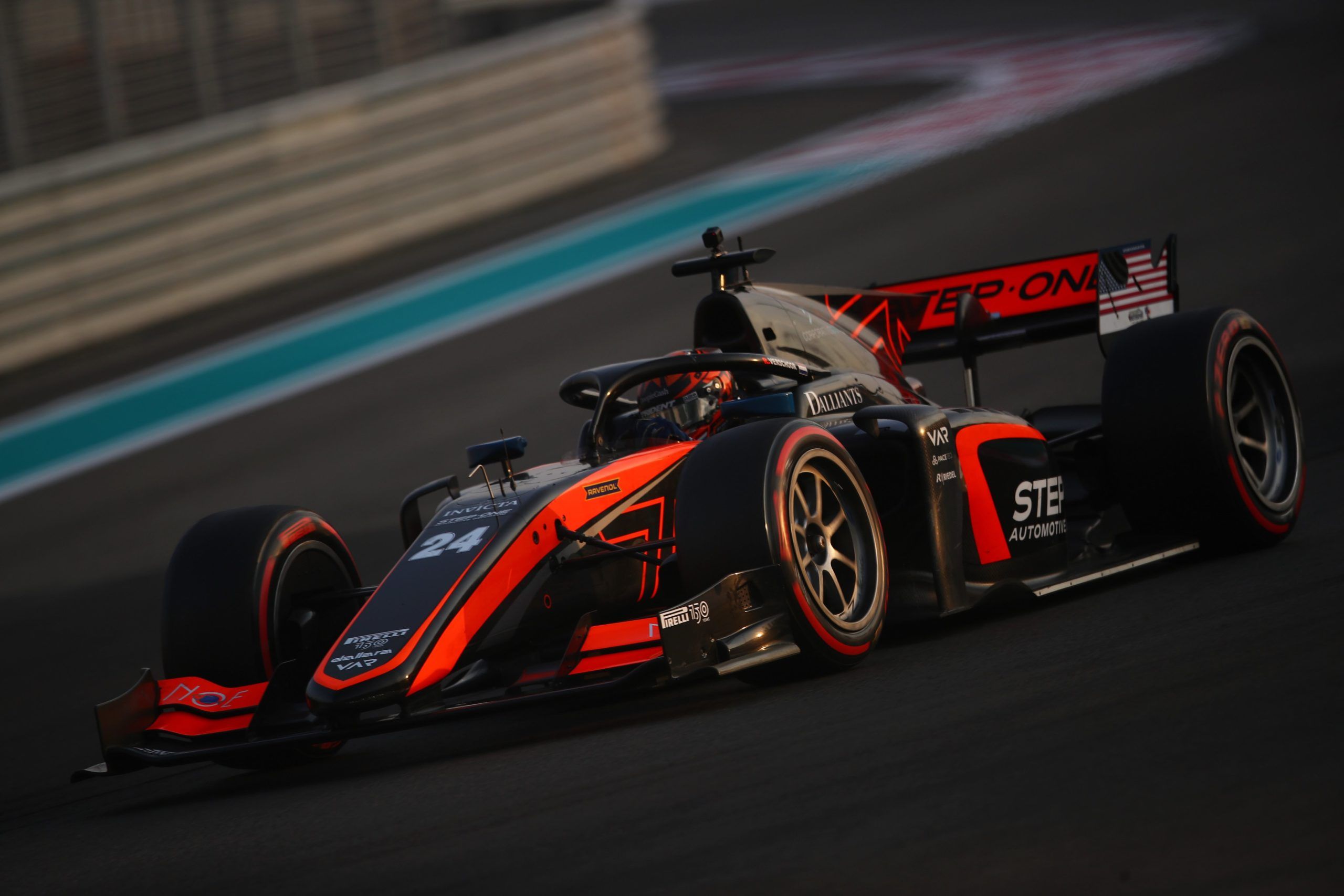 Richard Verschoor set the pace on Day 1 of FIA F2 test at Yas Marina circuit ahead of Prema pair of Frederik Vesti and Oliver Bearman.

It was a bright and early start for the field at the Yas Marina Circuit. Having already signed on for the 2023 season with Campos Racing, Ralph Boschung set the initial benchmark of a 1:37.820 during a relatively quiet opening 30 minutes.

As the track became a hive of action, this season’s final pole-sitter and Feature Race winner Ayumu Iwasa put DAMS on top, going nearly a tenth quicker than Boschung. The Japanese ace‘s time was then bettered by Jack Doohan and Vesti, before Hauger became the first driver to break into the 1:36s.

There were three Red Flag appearances during the final hour and a half of the opening session. Enzo Fittipaldi for Carlin and Campos’ Kush Maini stopped on track in separate incidents but were both able to continue their run programmes later. Brad Benavides, testing for Charouz Racing System, tagged the wall and didn’t resume running in the morning segment.

Hauger’s 1:36.821 remained unbeaten up to the chequered flag. Doohan finished second, only 0.085 down the MP driver, while Verschoor completed the top 3. In the Virtuosi Racing car, Doohan achieved a total of 41 laps – the most of anyone in the morning session.

Straight out of the blocks at the green flag, Verschoor led the field out for the second session of the day. However, it was Maini who shot to first, posting a 1:38.567, before improving on his own time by over a second.

Picking up where he left off in the morning, Hauger set a 1:37.309 to go two-tenths clear of the Indian rookie, before Stanek came to a halt, bringing out an early Red Flag within the opening hour. Jehan Daruvala improved to make it an MP 1-2 at the top of the timing sheets, as Vesti slotted into third. Meanwhile, Roy Nissany was keeping busy as he reached over 30 laps by mid-session.

Cooler temperatures allowed for a flurry of late improvements. Firstly, Hauger continued to better his own time with a 1:36.829, followed by a 1:36.593 to retain the quickest time of the session. In his maiden F2 outing for PREMA, Bearman moved up to second with a 1:37.128 before being leapfrogged by teammate Vesti.

The session was interrupted by another Red Flag period, with 47 minutes remaining, as Jak Crawford, testing for Hitech Grand Prix, spun into the barriers at Turn 2. Returning to green flag conditions with just under half an hour to go, personal best times tumbled.

The ART duo of Martins and Pourchaire moved inside the top six momentarily, before being usurped by Trident’s Clément Novalak and Stanek. However, the Czech driver wasn’t done yet, joining Hauger in the 1:36s and trading the P2 spot with Pourchaire and Iwasa.

In the final 10 minutes, Hauger was bumped down by Verschoor, who set a 1:36.395 to go quickest of all. Vesti and Bearman slotted into second and third places respectively at the chequered flag. Iwasa finished fifth, with Pourchaire, Maini, Stanek, Martins and DAMS’ Arthur Leclerc completing the top 10.

Testing will resume at 9AM local time on Thursday. We will see a driver change as Verschoor moves across to drive the #25 Van Amersfoort Racing car. He will be joined by Juan Manuel Correa who will pilot car #24.