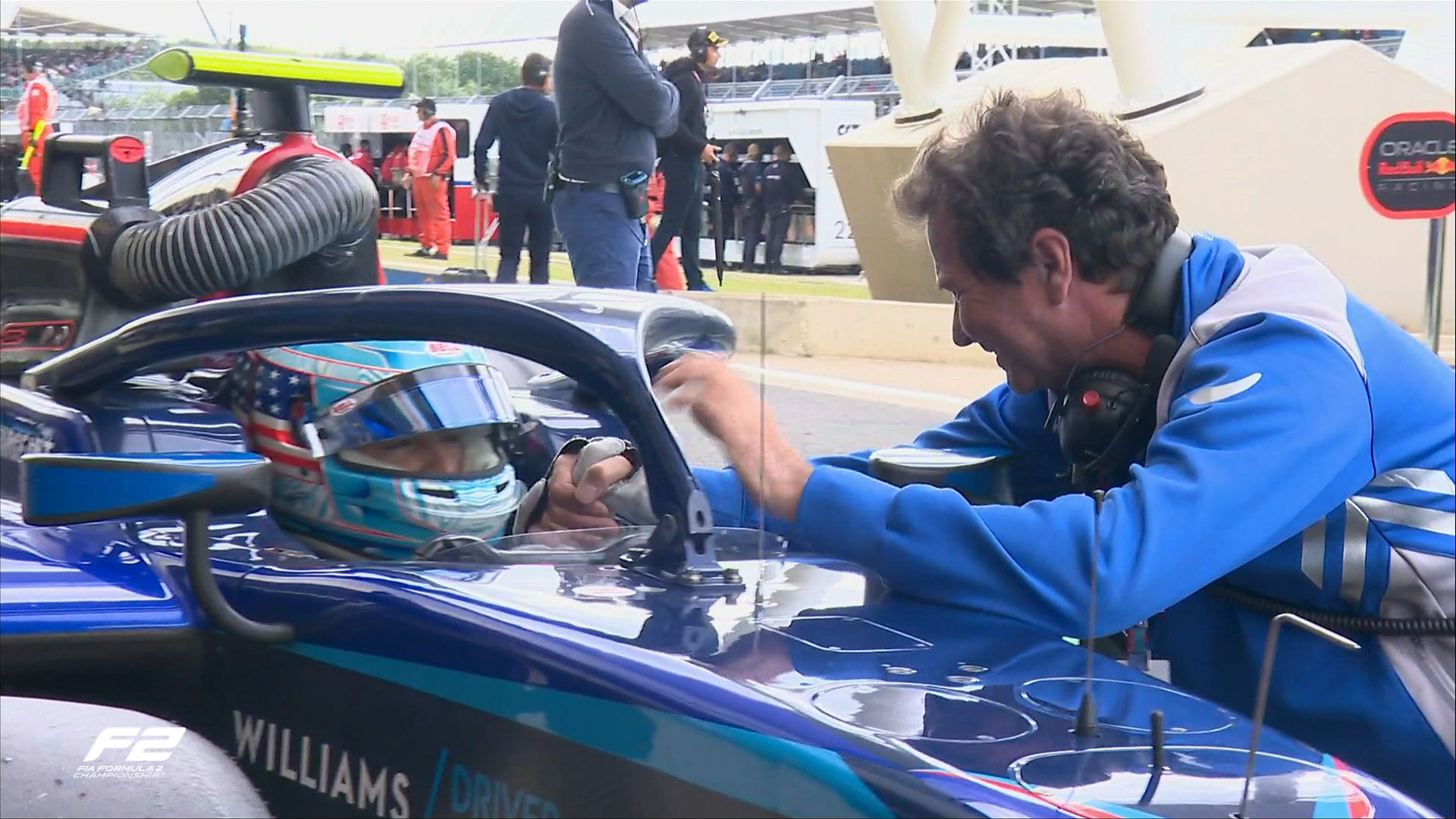 Carlin’s Logan Sargeant led the way provisionally in F2 qualifying at Silverstone with a 1m38.946s lap as Hitech GP’s Juri Vips was second from the other Carlin of Liam Lawson where Prema’s Dennis Hauger was fourth and Hitech GP’s Marcus Armstrong fifth.

There was a strategy difference from Prema’s Jehan Daruvala who did an early lap and pitted straightaway. He returned early on track and slotted himself into second with a 1m39.115s lap, while other drivers returned for their second run.

The second run changed the pecking order but Sargeant continued to up his pace with a 1m38.432s lap to secure his first F2 pole at Silverstone for the feature race as improvement from ART’s Frederik Vesti slotted in second.

Charouz’s Enzo Fittipaldi was ninth with the gamble from Prema’s Daruvala seemingly not working for feature race track position in 10th. The Indian, though, has Saturday’s sprint race F2 pole alongside the Brazilian, with DAMS’ Roy Nissany was 11th.

Zak O’Sullivan gave the local fans an early celebration as he pushed it to the limit to secure his first pole position in Formula 3. The British rookie also wrote his name into Carlin history by securing the team’s first pole in the Championship.

Meanwhile, Arthur Leclerc banished his Qualifying woes to snatch second, as Zane Maloney got Round 4 off to a promising start in P3. Having been in the fight for pole, Collet was forced to settle for fourth ahead of PREMA Racing’s Jak Crawford and Oliver Bearman. Kaylen Frederick secured seventh ahead of Roman Stanek, while traffic proved costly for Isack Hadjar who could only manage ninth as Kush Maini rounded out the top 10.

Collet was quick out of the box, becoming the first driver to set a flying lap. MP Motorsport were on the pace for the get-go, as Collet’s 1:45.602 was momentarily bested by his teammate Maini before the Alpine Academy junior regained provisional P1.

Finding the limit at Silverstone was the name of the game as both Franco Colapinto and Frederick overshot their apexes. However, that didn’t stop Frederick in the Hitech from leaping up into fourth, just behind his teammate Hadjar, who had a fright of his own. The Frenchman’s lightning reactions were just enough to save him from a major spin heading into Copse.

Traffic and track limits proved to be a thorn in the drivers’ side, as a blistering 1:44.873 from Bearman sent him into P1 before being deleted. Meanwhile, the Trident trio were on the charge as Maloney climbed up into third ahead of teammate Edgar, who was returning at his home race following a two-race absence.

After a short mid-session break, Collet got running underway on his second set of tyres. Slotting himself into clean air, he fully committed to the lap. A touch of oversteer might have proved costly, as he clocked in a 1:44.823. Victor Martins’ day was going less smoothly than the Championship leader would have liked, as he momentarily hopped up from 13th up to second.

As the clock ticked down to zero, a flurry of fast laps once again switched up the order. Leclerc jumped up to P1, but nothing could stop O’Sullivan from pipping the PREMA. Almost identical times in the opening sector meant that there was virtually nothing between the pair – who ended the session separated by only 0.027s.

Maloney proved to be another late beneficiary to claim third, while Collet’s previous mistake denied him another shot at pole. Sunday’s Feature Race will have an all-PREMA third row with Crawford and Bearman securing fifth and sixth, an added boost in their quest to reclaim the Teams’ title from reigning champions Trident.

Frederick closed out Qualifying in seventh ahead of Stanek. Preparation lap traffic proved to be Hadjar’s undoing as the Hitech driver missed out on a potential top five position, having looked to be on the pace throughout the 30-minute session.