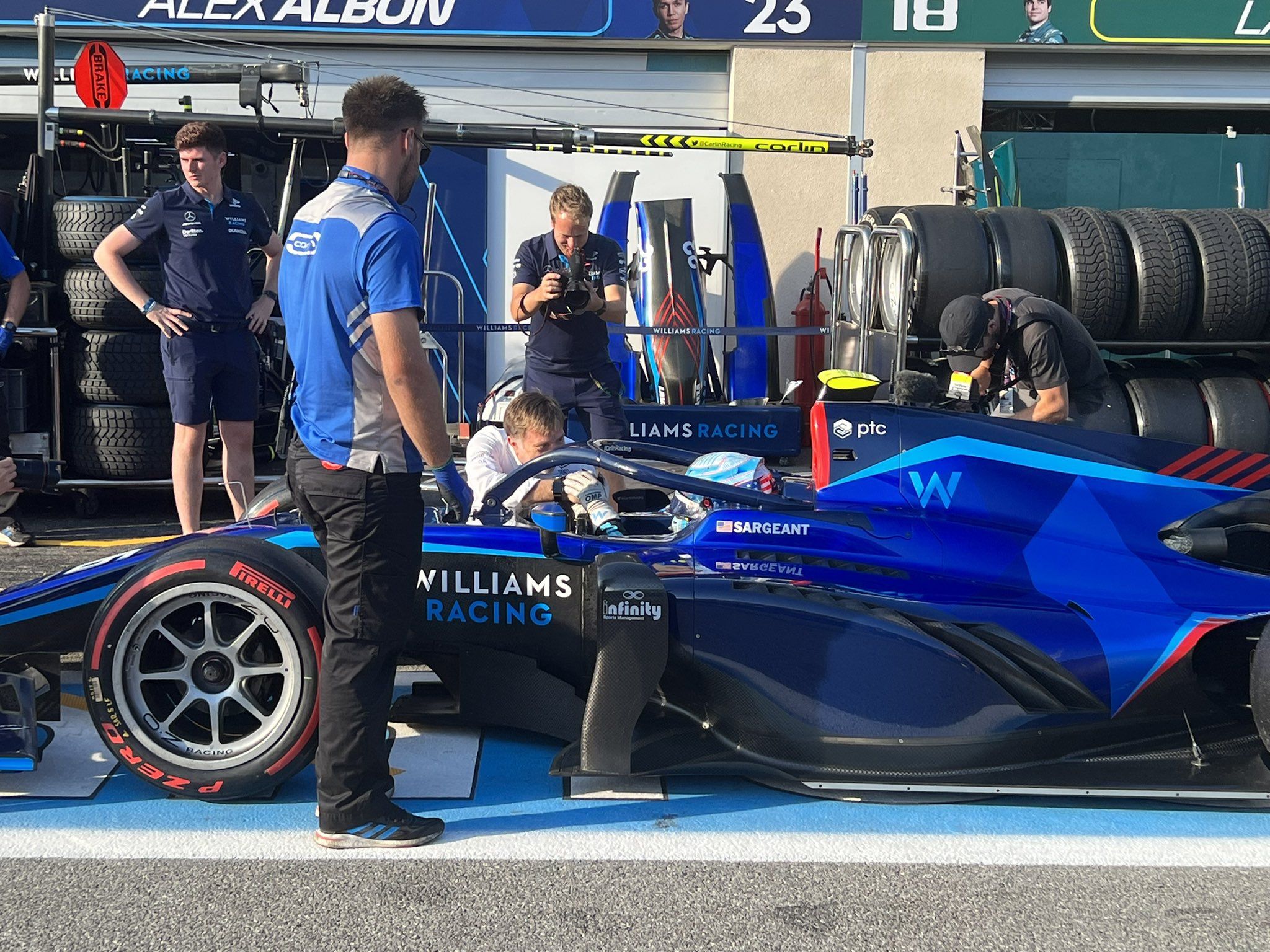 The first half of the F2 qualifying at Paul Ricard in France saw a good fight between several drivers, but Carlin’s Logan Sargeant led the way early on with a 1m44.599s lap as DAMS’ Ayumu Iwasa slotted in second from ART’s Theo Pourchaire.

Virtuosi’s Jack Doohan was in the Top 3 initially but his fast lap was deleted to drop him to fifth behind Trident’s Rihcard Verschoor. The second run for the drivers was interrupted due to a red flag for Prema’s Dennis Hauger who stopped on track due to mechanical issue.

The first run post the red flag saw Iawsa go on top with a 1m43.877s lap with ART’s Frederik Vesti and Doohan slotting behind the Japanese driver. But the lap times continued to improve on the final run with Sargeant going fastest eventually.

The American set a 1m43.871s lap to take feature F2 race pole at Paul Ricard by 0.006s from Iwasa, who couldn’t make it on time when the chequered flag dropped for an extra lap. Vesti was third from MP Motorsport’s Felipe Drugovich and Doohan.

The other ART of Pourchaire was sixth from Hitech GP’s Juri Vips as his teammate Marcus Armstrong was seventh from Carlin’s Liam Lawson and Prema’s Jehan Daruvala, with the Indian securing the sprint F1 race pole for Saturday.