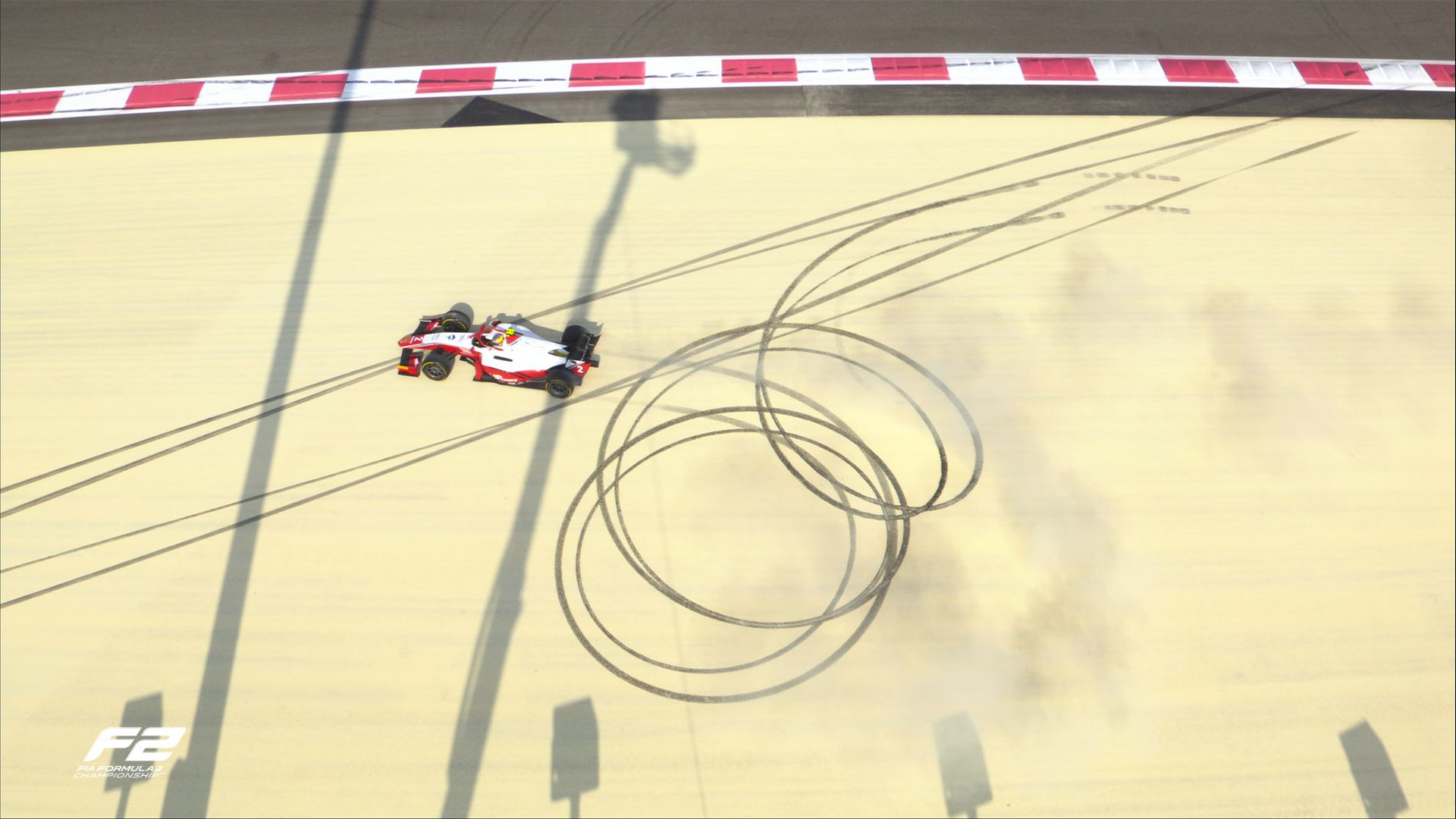 Prema’s Oscar Piastri ended FIA F2 season with a win in a feature race in Abu Dhabi ahead of UNI-Virtuosi Racing’s Guanyu Zhou and Felipe Drugovich.

Even before the start of the feature F2 race in Abu Dhabi, there was an unsafe release from Charouz when they released Guilherme Samaia in front of Prema’s Oscar Piastri. The Australian needed a front wing change but led the way comfortably.

It was quite the fight behind as MP Motorsport’s Jack Doohan fended off UNI-Virtuosi Racing’s Guanyu Zhou, Prema’s Robert Shwartzman and Hitech GP’s Liam Lawson. The Australian was on the medium tyres which made it difficult for him.

Both Doohan and Lawson went wide in the left-hander and when they rejoined they lost the rear and spun on their own. For the Australian, he spun onto the barrier while the Kiwi managed to continue on with the safety car deployed.

The first lap also had a contact between Hitech GP’s Juri Vips and ART’s Christian Lundgaard. The Estonian was on the left of Carlin’s Jehan Daruvala who got sandwiched in the left-hander. Vips had a small tap on Lundgaard to spin him around.

He was handed a 5s time penalty. The re-start worked well for Piastri as he led on with Zhou and Shwartzman battling for second. The pit stops was kicked off from Lawson as others followed him one lap after to switch onto the medium tyres.

The medium runners tried to extend their stint as much as Pourchaire held a comfortable lead over Drugovich but Armstrong came under pressure from Vips. The Estonian pressured him for few laps but Daruvala caught the back of it and started to pressure the Estonian.

Vips eased off with Daruvala piling the pressure but the Estonian pitted before he could be passed along with Armstrong. A slow stop for Pourchaire dropped him behind Piastri, Zhou and Shwartzman. It also allowed Drugovich to take track position as well.

But not for long as cold tyres allowed Pourchaire to take back the place as the two were on the tail of Shwartzman. A slow stop and first sector dropped Daruvala to outside the Top 10 despite doing the hard work in his first stint to extend it.

A late VSC period for a stoppage from Lawson allowed some breather for Shwartzman but both Drugovich and Pourchaire got through him for third and fourth. In fact, the Brazilian re-passed the Frenchman just before the VSC period set in.

At the front, Piastri ended a successful 2021 F2 season with a win in feature race from Zhou and Drugovich as Pourchaire was fourth from Shwartzman, Ticktum and Armstrong. Vips was eighth after serving his penalty as Daruvala was ninth on the road.

But he dropped to 11th due to a 5s penalty for speeding in pitlane which allowed Boschung and Charouz’s Richard Verschoor to be in the Top 10.