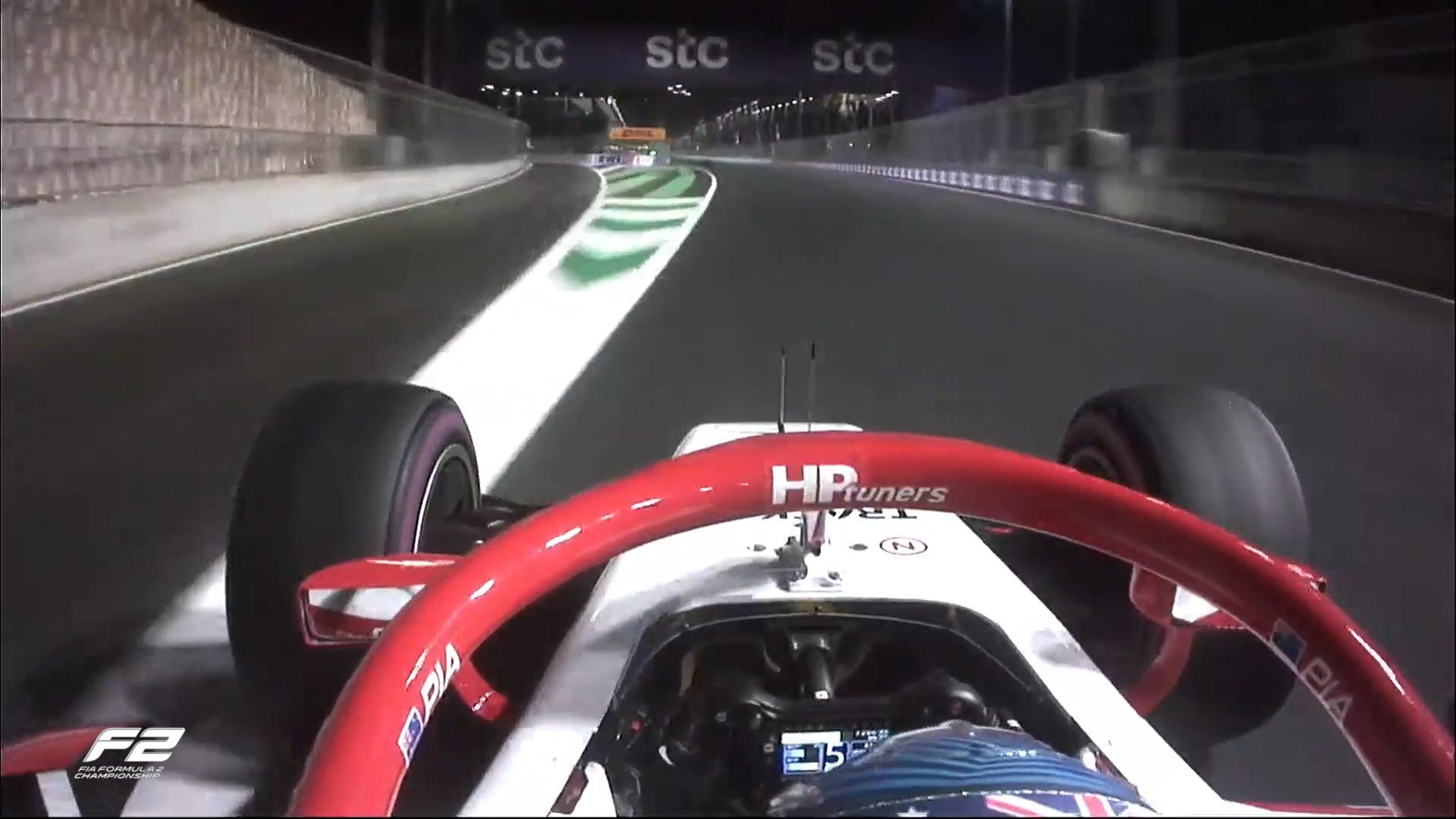 Much like the lone free practice, the F2 qualifying session was delayed in Jeddah. After a small delay, the action got going under the lit flood lights as traffic seemed like an issue early on, especially to start the lap with pool of cars bunched up together.

The first run had quite the gap through the field, more than the usual parameter. Prema’s Robert Shwartzman led the way provisionally with a 1m41.335s lap with teammate Oscar Piastri in third after being pipped by ART Grand Prix’s Theo Pourchaire.

His teammate Christian Lundgaard in fourth made it Top 4 filled with two teams. F2 rookie Clement Novalak had a good first run in eighth in his MP Motorsport car to be ahead of title contender Guanyu Zhou in his UNI-Virtuosi Racing car.

HWA Racelab’s Alessio Deledda did not start the session. At the same time, Carlin’s Daniel Ticktum reported a puncture and decided to pit, leaving him less time to go for multiple laps. Interestingly, they only changed the one set of tyre.

It started to get feisty towards the end of the session as Prema’s Oscar Piastri pushed on his final lap to take yet another F2 pole in Jeddah with a 1m40.878s lap to add more points to his tally as he pushes on to take the 2021 championship.

It was a Prema 1-2 with Shwartzman in second after a 1m41.043s lap as ART duo of Pourchaire (1m41.218s) and Lundgaard ended up third and fourth, with a late lap from UNI-Virtuosi Racing’s Felipe Drugovich helping him to be fifth.

Lawson took reverse grid pole for Race 1 as Carlin’s Jehan Daruvala missed out in 11th after the late improvement from Drugovich. The Indian was the last driver to be within a second of the feature F2 race pole-sitter, as Novalak did well in 12th on debut.

Ticktum was 13th after not getting a lap in from Trident’s Bent Viscaal and DAMS’ Roy Nissany in the Top 15.