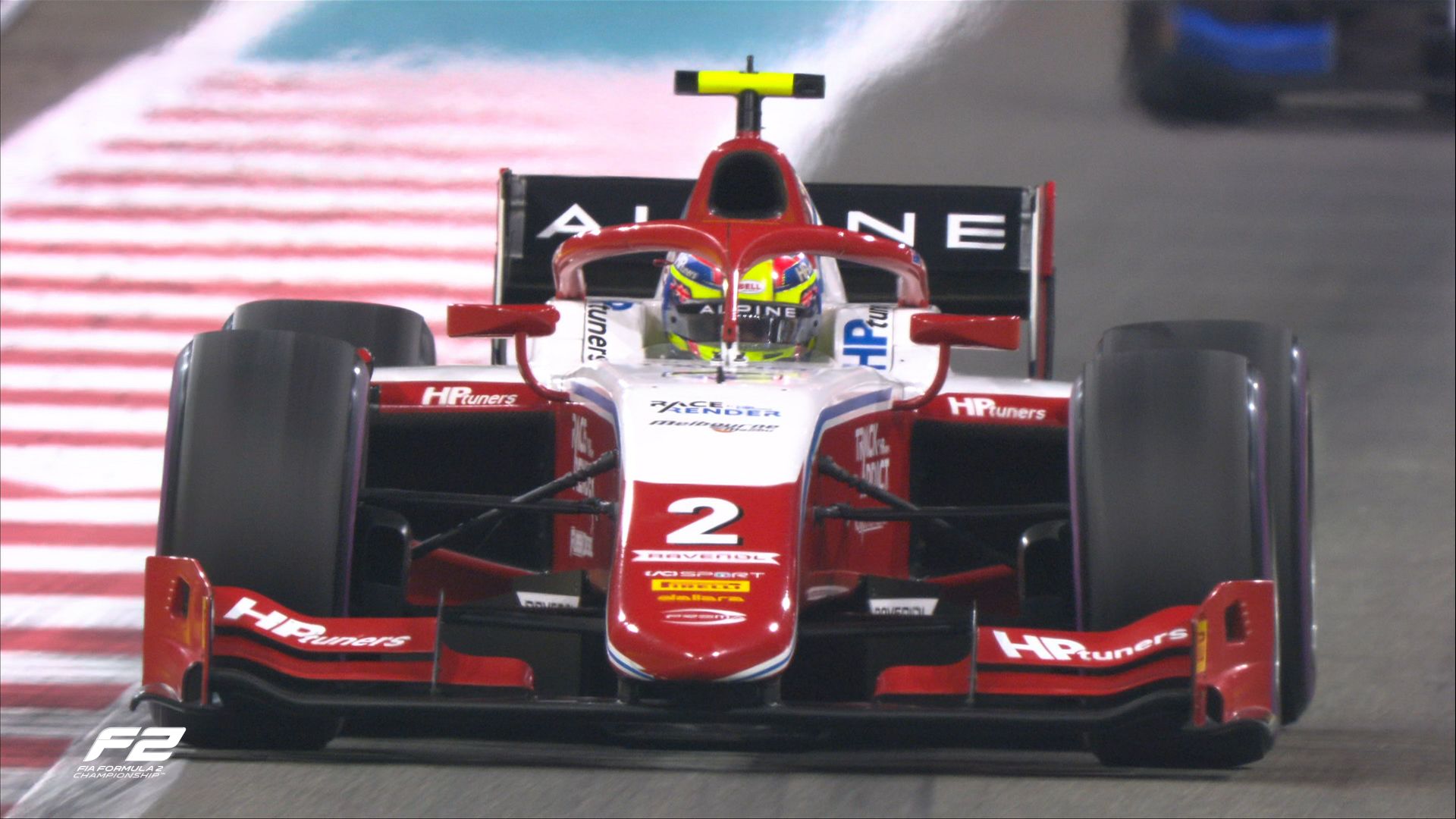 The final qualifying session in 2021 F2 season in Abu Dhabi under the floodlights got underway on time despite the barrier repair for a late crash for Kimi Raikkonen. When things got going, it was as usual pretty close between several drivers.

There were multiple drivers trading fastest lap times but at the halfway mark, it was F2 points leader Oscar Piastri on top with a 1m35.379s lap in his Prema car ahead of Campos’ Ralph Boschung with the other Prema of Robert Shwartzman was third.

F2 title contender Guanyu Zhou, though, was only eighth after the first run in his UNI-Virtuosi Racing car with no major trouble for anyone apart from Trident’s Marino Sato who had his lap deleted due to track limits.

After a lull, the second part saw everyone venture out together for the final qualifying run of the year. Piastri held on to the top spot as teammate Shwartzman passed Boschung to be second with Zhou improving to fourth initially.

There were further changes as Zhou took top spot until MP Motorsport’s Jack Doohan went quickest to topple him. It wasn’t long for the Australian as his fellow countryman Piastri bounced back with a 1m35.077s lap to secure F2 pole for Abu Dhabi feature race.

He set a personal record with five consecutive F2 poles as he led Doohan (1m35.290s) and Zhou (1m35.348s) in the Top 3 as Shwartzman was fourth from Boschung in the Top 5 from ART’s Theo Pourchaire, who was cleared to compete after Jeddah incident.

Hietch GP’s Liam Lawson was seventh from UNI-Virtuosi Racing’s Felipe Drugovich as Carlin duo of Daniel Ticktum and Jehan Daruvala rounded out the Top 10. The Indian took Race 1 pole in 10th despite looking better in the first part of the qualifying run.