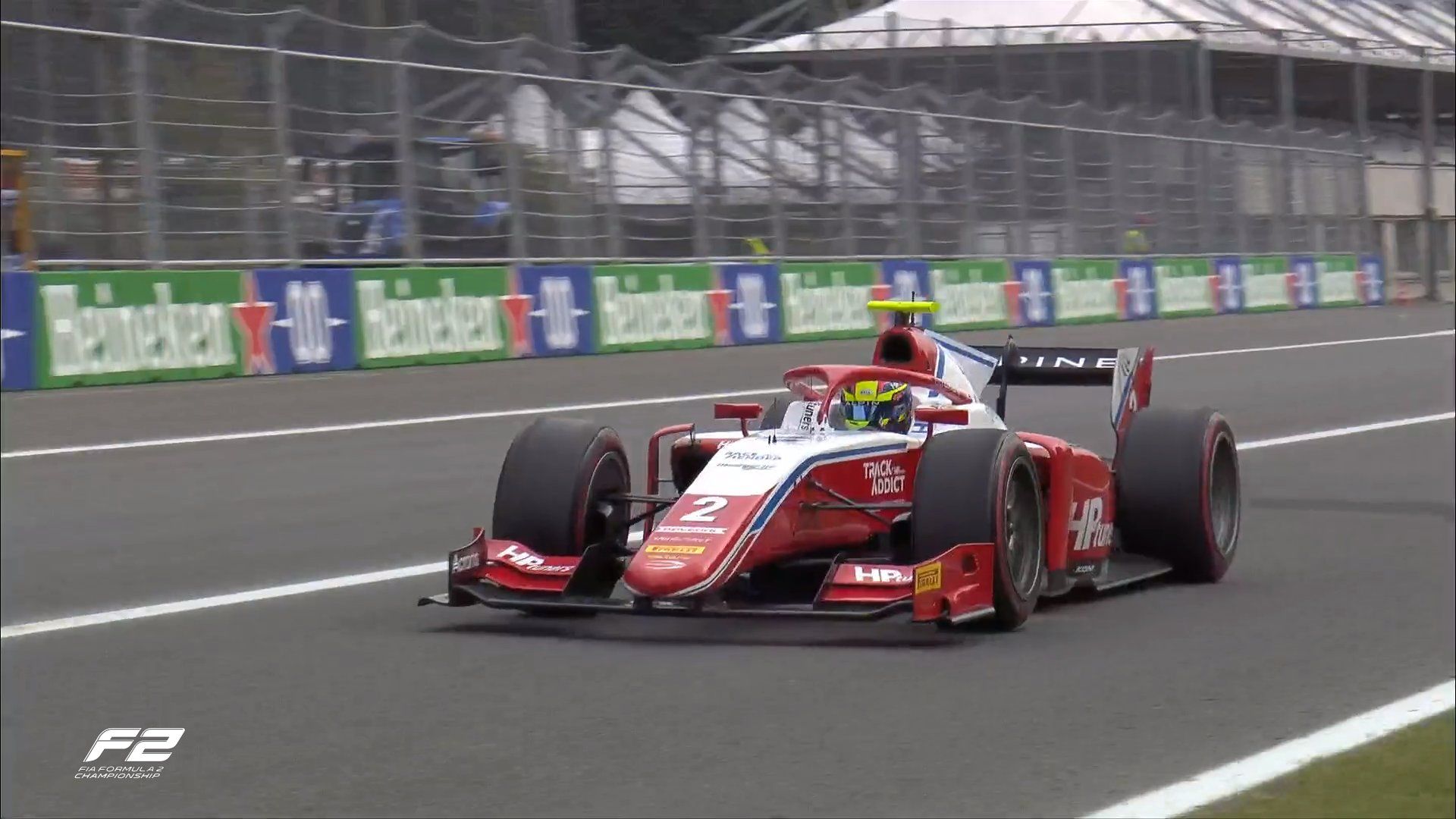 The 2021 F2 season returned after a long break at Monza, with Campos’ Ralph Boschung setting the pace after their first lap. However, Prema’s Oscar Piastri improved with a 1m32.402s lap to lead the way after their first proper run-in.

Boschung was still second but 0.2s behind the Australian, with Carlin’s Dan Ticktum in third. The positions from second to sixth were pretty close, covered by just the 0.066s, whereas the Top 19 drivers were within a second of Piastri’s time.

The second run saw the usual Monza affair of drivers waiting for tow. Piastri kept his lead after the first lap, with Boschung retaining second despite being stopped at the weighbridge and losing time in the pits. UNI-Virtuosi Racing’s Guanyu Zhou jumped to third.

Hitech GP’s Liam Lawson toppled Piastri for pole, but Carlin’s Jehan Daruvala bettered him, only to be beaten by Piastri again. The Australian set a 1m32.199s lap to take pole from the Indian by just the 0.041s margin, who set a 1m32.240s.

Lawson was pushed to fourth after Zhou (1m32.256s) improved to third, with the Top 3 separated by just the 0.057s. UNI-Virtuosi Racing’s Felipe Drugovich was fifth from Boschung, with ART’s Theo Pourchaire in seventh after late improvement.

Ticktum dropped to eighth after not managing to improve enough as Hitech GP’s Juri Vips was ninth, with the Top 10 rounded out by Campos’ David Beckmann, who has Race 1 pole. Such were the times, that the Top 20 ended up a second within Piastri’s F2 pole time. 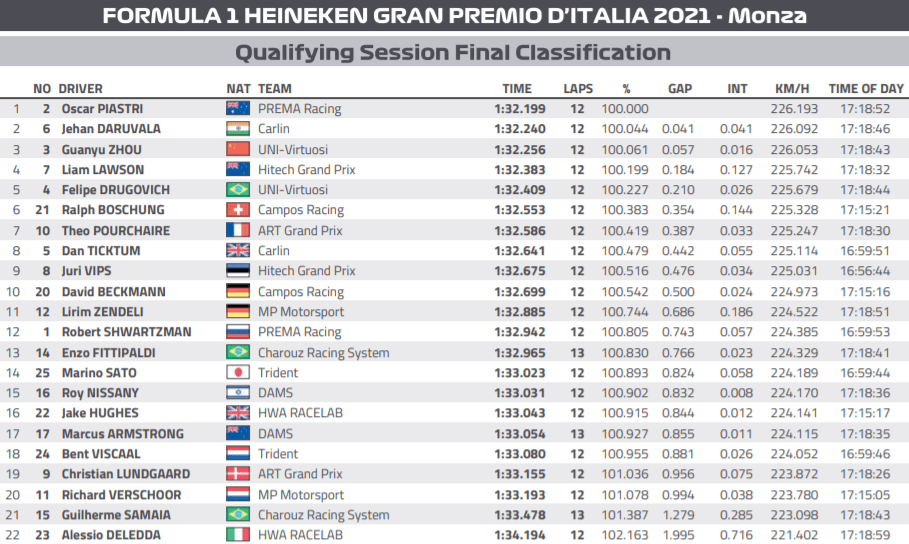