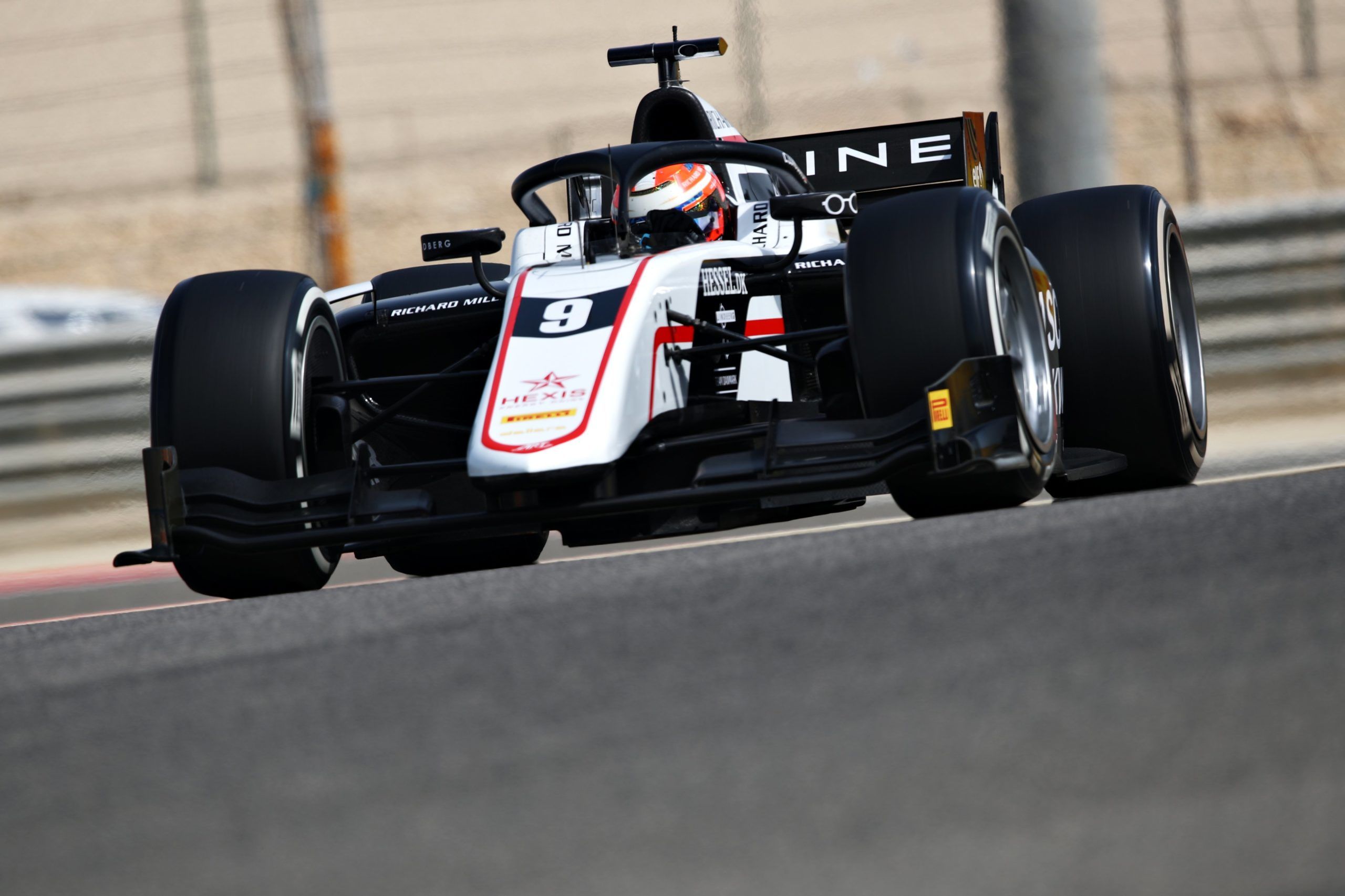 With F2 teams and drivers focusing on race runs in the afternoon running, times from the morning session eventually set up most of the finishing results of Day 2 of Bahrain test, as Alpine junior and ART’s Lundgaard led the way with a 1m41.697s lap.

He led Trident’s Viscaal (1m42.028s), who was just 0.010s ahead of DAMS’ Marcus Armstrong (1m42.38s). Carlin’s Daniel Ticktum then slotted in fourth after his best time in the afternoon session, which he led from teammate Jehan Daruvala.

The Indian’s time was not enough for the Top 10, though, as Hitech GP’s Liam Lawson slotted in fifth with his time in the morning session, with his Red Bull stablemate and teammate Juri Vips seventh behind Prema’s Robert Shwartzman.

The Top 10 was rounded out by ART’s Theo Pourchaire in eighth, DAMS’ Roy Nissany ninth and Prema’s Oscar Piastri 10th. Just outside the Top 10 was Daruvala then ahead of Trident’s Marino Sato and UNI-Virtuosi Racing’s Guanyu Zhou.

There were multiple red flags on Day 2 of F2 test with the first one in the morning session courtesy of HWA Racelab’s Alessio Deledda, who stopped at the track due to mechanical issue. The afternoon running saw three stoppages.

The first one was for a spin at Turn 13 for Campos Racing’s Gianluca Petecof, while the other two was for Lawson and Zhou stopping on track for a suspected mechanical issue. The Chinese racer was able to return on track again post the trouble.

Here’s F2 results from AM:

Here’s how Day 1 of Bahrain F2 test panned out