Home Single-Seaters FIA F3 F2: Lundgaard beats Ticktum to pole by 0.005s; Zendeli has it in... 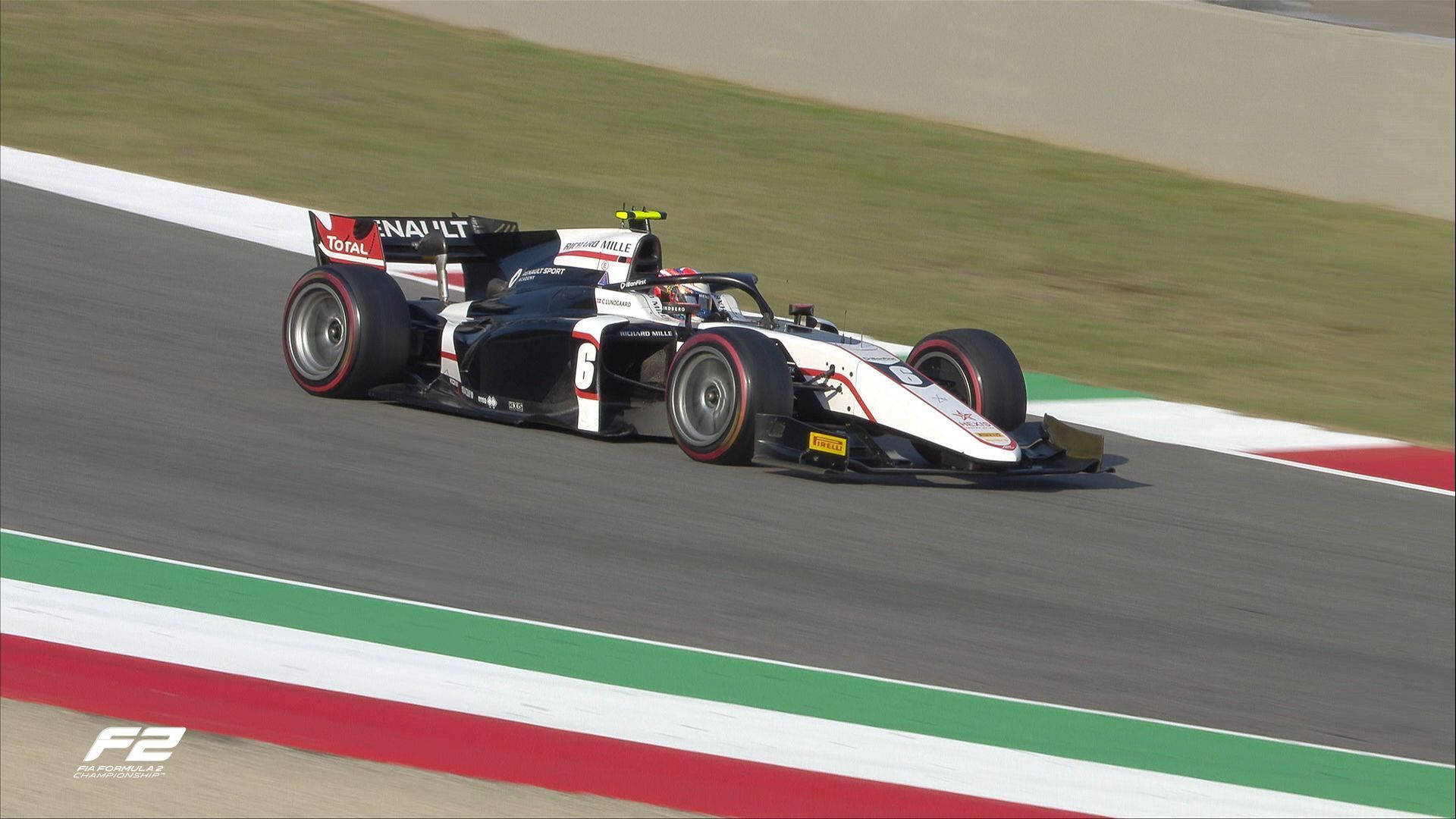 The first run in F2 qualifying at Mugello had ART Grand Prix’s Christian Lundgaard heading the way provisionally with a 1m30.205s from DAMS’ Daniel Ticktum as his teammate Juri Vips looked in good touch to be fourth behind MP Motorsport’s Felipe Drugovich.

F2 title contenders UNI-Virtuosi Racing’s Callum Ilott was only 11th with Prema’s Robert Shwartzman just behind and his teammate Mick Schumacher 21st after surviving a spin. The German, though, had damage to his car, further denting his chances.

The second run saw more improvement from Lundgaard as he secured feature F2 race pole at Mugello with a 1m30.133s with Ticktum missing by a mere 0.005s, while Ilott jumped from outside the Top 10 to be third in a crucial position in the title fight.

The Brit was comfortably ahead of his rivals Shwartzman and Schumacher, who managed only ninth and 15th. Behind the Top 3 was ART’s Marcus Armstrong who pipped Drugovich as Carlin’s Jehan Daruvala did well to be sixth from Red Bull stablemate, Vips.

Replays showed that the Estonian also had a trip to the gravel like HWA Racelab’s Giuliano Alesi but he did a good job to be seventh ahead of Hitech GP’s Luca Ghiotto, Shawartzman and Campos Racing’s Jack Aitken in the Top 10.

UPDATE: Following the qualifying, F2 confirmed a three-place grid drop for Vips after the Estonian impeded Deletraz, who had his lap ruined to be only 12th. The DAMS driver will drop to 10th after qualifying seventh as Ghiotto, Shwartzman and Aitken gain one place each.

It was close in the final qualifying of 2020 F3 season at Mugello as Trident’s Lirim Zendeli’s late lap of 1m35.328s helped him to take pole from title contenders with Prema’s Logan Sargeant second ahead of HWA Racelab’s Jake Hughes.

The Prema drivers and Hughes had it under control until Zendeli’s improvement as Prema’s Frederik Vesti slotted in fourth from HWA Racelab’s Enzo Fittipaldi, whereas ART duo Sebastian Fernandez and Theo Pourchaire were sixth and seventh.

Trident’s David Beckmann ended up eighth from Hitech GP’s Dennis Hauger as ART’s Aleksandr Smolyar rounded out the Top 10 as F3 contender Prema’s Oscar Piastri was only 11th and Hitech GP’s Liam Lawson 13th – as penalties will alter the grid.

The affected will be Sargeant, with him dropping three places to be fifth as Hughes, Vesti and Fittipaldi move up to second, third and fourth. Piastri, meanwhile, will drop five places to be 16th and Carlin’s Clement Novalak to 28th and last – the field not having Charouz’s Igor Fraga and Hitech GP’s Louis-Pierre Chovet.

Elsewhere, the Macau GP organisers confirmed that the traditional F3 race won’t be headlining this year’s weekend after the new cars made their debut last year. The COVID-19 pandemic has forced them to change plans and run a F4 event instead.

How our drivers wound up after Friday's qualifying session 👇

There are various penalties to be applied after the session, meaning the final grid will look slightly different to this one…#TuscanGP 🇮🇹 #F3 pic.twitter.com/QaKkggUnwD

UPDATE: Following the qualifying, F3 noted penalties to Hauger and Michel Belov for impeding Clement Novalak and Cameron Das respectively. Both were handed a three-place grid penalty as a result.

The statement stated: “Hauger has been handed a three-place drop for impeding Clément Novalak. The Hitech Grand Prix driver failed to initially realise that Novalak was on a fast lap and got in the Carlin Buzz Racing driver’s way. Hauger did react, but it was already too late.

“Belov has also been given a three-place grid drop after it was found that he impeded Cameron Das in the same manner. The Charouz Racing System driver failed to realise that Das was on a fast lap and impeded the Carlin driver. Like Hauger, he did eventually react, but it was already too late.”