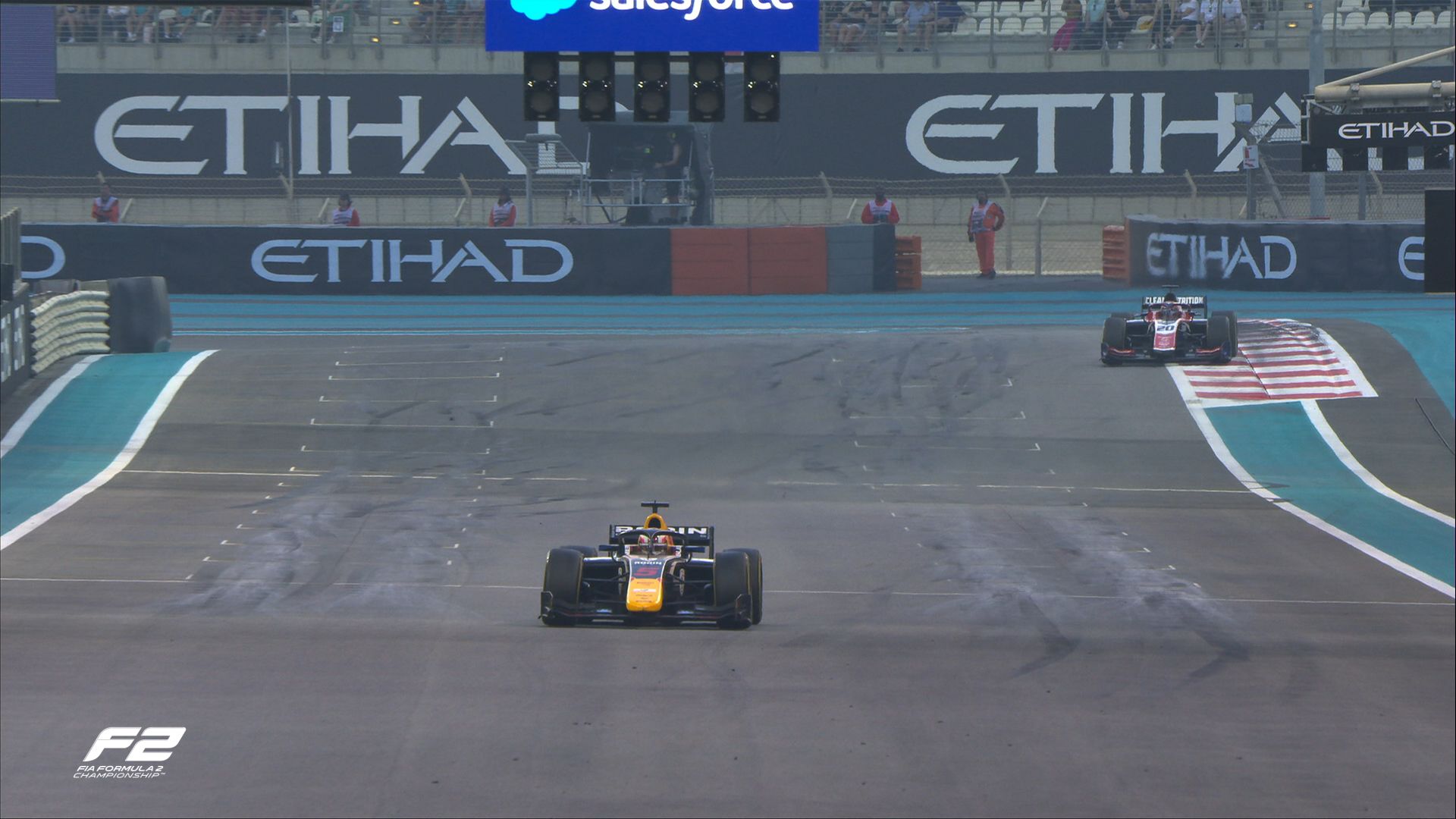 Carlin’s Logan Sargeant – under pressure for a F1 seat – dropped down to ninth. F2 champion Felipe Drugovich was up to fifth in his MP Motorsport car with ART’s Theo Pourchaire in sixth after a late move on the inside to pick up multiple cars.

DAMS’ Roy Nissany was seventh from Virtuosi Racing’s Jack Doohan in the Top 8 points position, with Sargeant and Hitech GP’s Marcus Armstrong in the Top 10. A new order was handed out for re-start with Verschoor leading from Lawson and Cordeel.

Behind them it was Hauger, Drugovich, Sargeant, Doohan, Nissany, Pourchaire and Armstrong in the Top 10. The re-start worked well for everyone in the points as Verschoor maintained his lead in the sprint F2 race despite pressure from Lawson.

It was a waiting game at the front which paid off for Lawson who found the chance and cleared Verschoor taking the inside line in the left-hander to lead the sprint F2 race. The Dutchman then had Cordeel and Hauger soon on his tail for second.

But the Norwegian tailed off allowing Drugovich to close in on him. The Brazilian waited for couple of laps before making a move on the inside to take fourth. Hauger quickly lost pace to allow both Sargeant and Doohan on his tail for fifth.

Sargeant had a lock-up but hung on still. Up front, Drugovich pressed on to pass Cordeel for second after a lock-up from the VAR driver. He came under pressure from Hauger as well who passed him for fourth but went off himself after locking-up.

He had to give up but the fight continued. At the front, Lawson took the sprint F2 win from Verschoor and Drugovich as Hauger finally managed to pass Cordeel in a wheel-to-wheel battle for fourth as Sargeant, Doohan and Nissany rounded the points places.