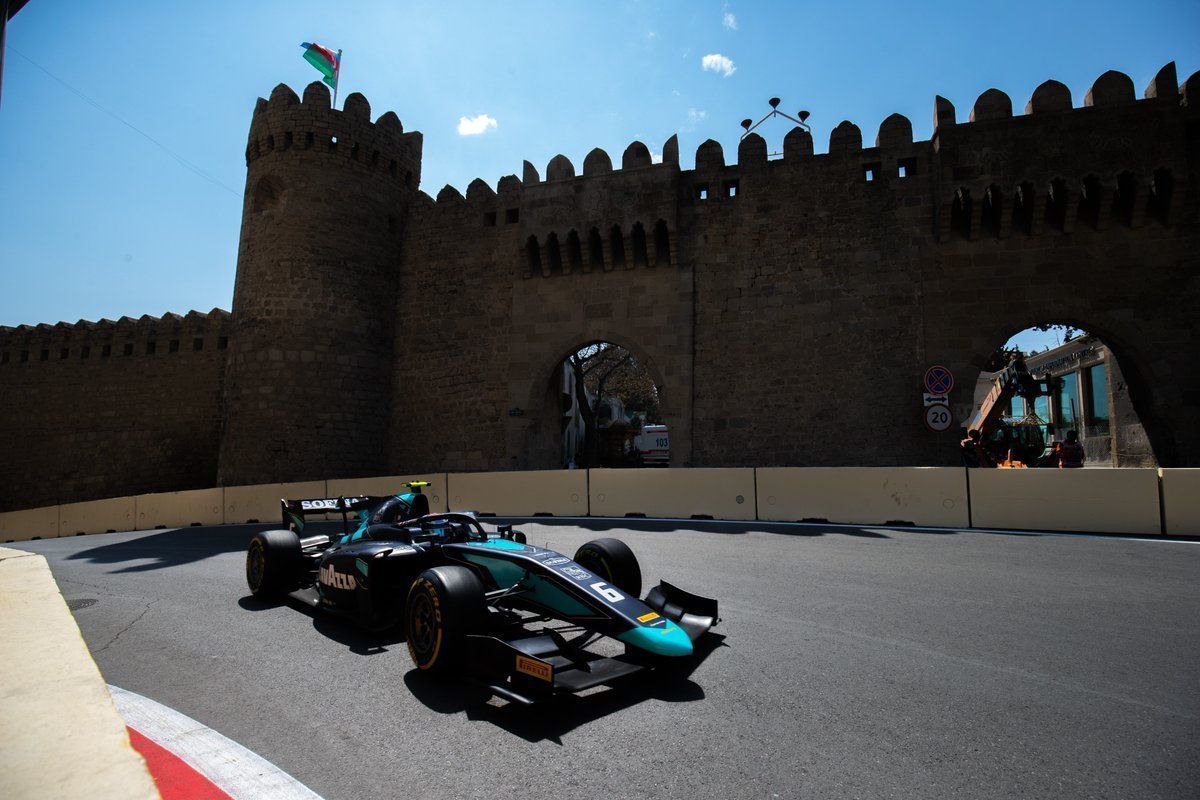 Pole-sitter and ART Grand Prix’s Nikita Mazepin had a slow start off the line as Prema’s Sean Gelael took the lead from Sauber Junior Team by Charouz’s Juan Manuel Correra. Behind, there was a multi car collision for which the safety car was deployed.

BWT Arden’s Tatiana Calderon collided with Trident’s Ralph Boschung as the Swiss driver then hit Carlin’s Louis Deletraz – the trio retiring immediately. At the re-start, Gelael maintained the lead but Correa came under attack from Latifi.

The Canadian found a way past eventually to take second as Aitken moved to fourth. The fight for the lead got tasty as Latifi started to claw in Gelael’s lead and in no time, the Canadian pounced on the Indonesia to take the top spot.

He lost more in the race as Correa, Aitken, ART’s Nyck de Vries and UNI-Virtuosi Racing’s Luca Ghiotto went past him as well. While Latifi built up a handy lead, Ferrari junior and Trident’s Giuliano Alesi rammed into a board to retire, bringing out a safety car.

But the re-start did not last for long as there was another collision involving Ghiotto, Mazepin and MP Motorsport’s Jordan King – the trio retiring immediately as the safety car was out again with Latifi leading from Correa and Aitken in the Top 3.

There wasn’t much time after the final re-start with Latifi holding on to score his second win of the 2019 F2 season at Baku with Correa holding on to take his first podium as Aitken re-took third after losing out to de Vries before safety car.

The feature race winner was facing DRS issue all-race long. Behind, Ferrari junior and Prema’s Mick Schumacher made the most of the situation to take on Gelael and finish fifth after starting from 19th, with DAMS’ Sergio Sette Camara finishing sixth.

Having looked good early on, BWT Arden’s Anthoine Hubert only managed 11th as the Renault junior had to take an evasive action in the last collision. Carlin’s Nobuharu Matsushita and MP Motorsport’s Mahaveer Raghunathan rounded out the 13 finishers.

UPDATE: The stewards found Calderon the guilty party in the incident as they awarded the Colombian a three-place grid drop for the Barcelona feature F2 race. In addition, there was another penalty for Raghunathan, where five seconds was added to his final time.

The Indian was found guilty of passing Zhou before the control line at one of the safety car re-starts. His final position didn’t change as he already finished last and 13th.