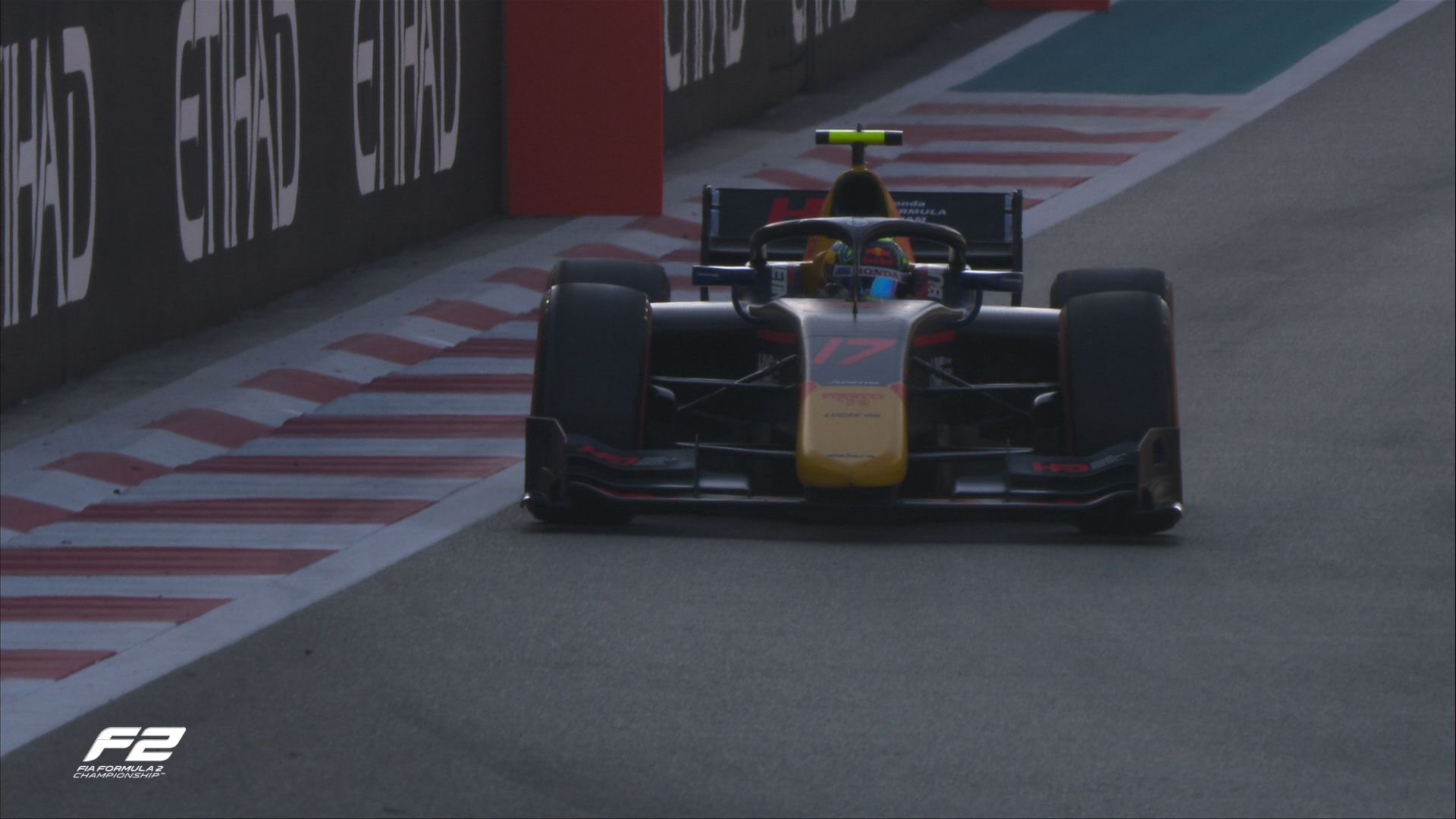 DAMS ended up 1-2 in final FIA Formula 2 (F2) qualifying with Ayumu Iwasa ahead of Roy Nissany, while Theo Pourchaire was third.

The final F2 qualifying in Abu Dhabi at Yas Marina circuit saw Virtuosi Racing’s Jack Doohan set provisional pole when the session was red-flagged when teammate Marino Stao spun at Turn 13-14. It took some time to recover the car from the run-off.

Upon resumption, several started to improve with ART’s Theo Pourchaire going on top with Carlin’s Logan Sargeant up there. Doohan dropped down after a moment with the barrier. But the DAMS pair had other ideas in the dying moments of the session.

Roy Nissany went quickest but teammate Ayumu Iwasa snatching the top spot from him to take final F2 pole with a 1m36.290s lap to complete a DAMS 1-2. They were helped a bit by the red flag in the dying moments after Trident’s Zane Maloney’s spin.

Pourchaire was third from champion Felipe Drugovich in the MP Motorsport car. Doohan was fifth with Sargeant sixth, who needs to finish sixth in the standings to secure his F1 drive. Prema’s Dennis Hauger was seventh from Van Amersfoort’s Amaury Cordeel, Carlin’s Liam Lawson and Trident’s Richard Verschoor in the Top 10, who has Saturday’s sprint race pole.