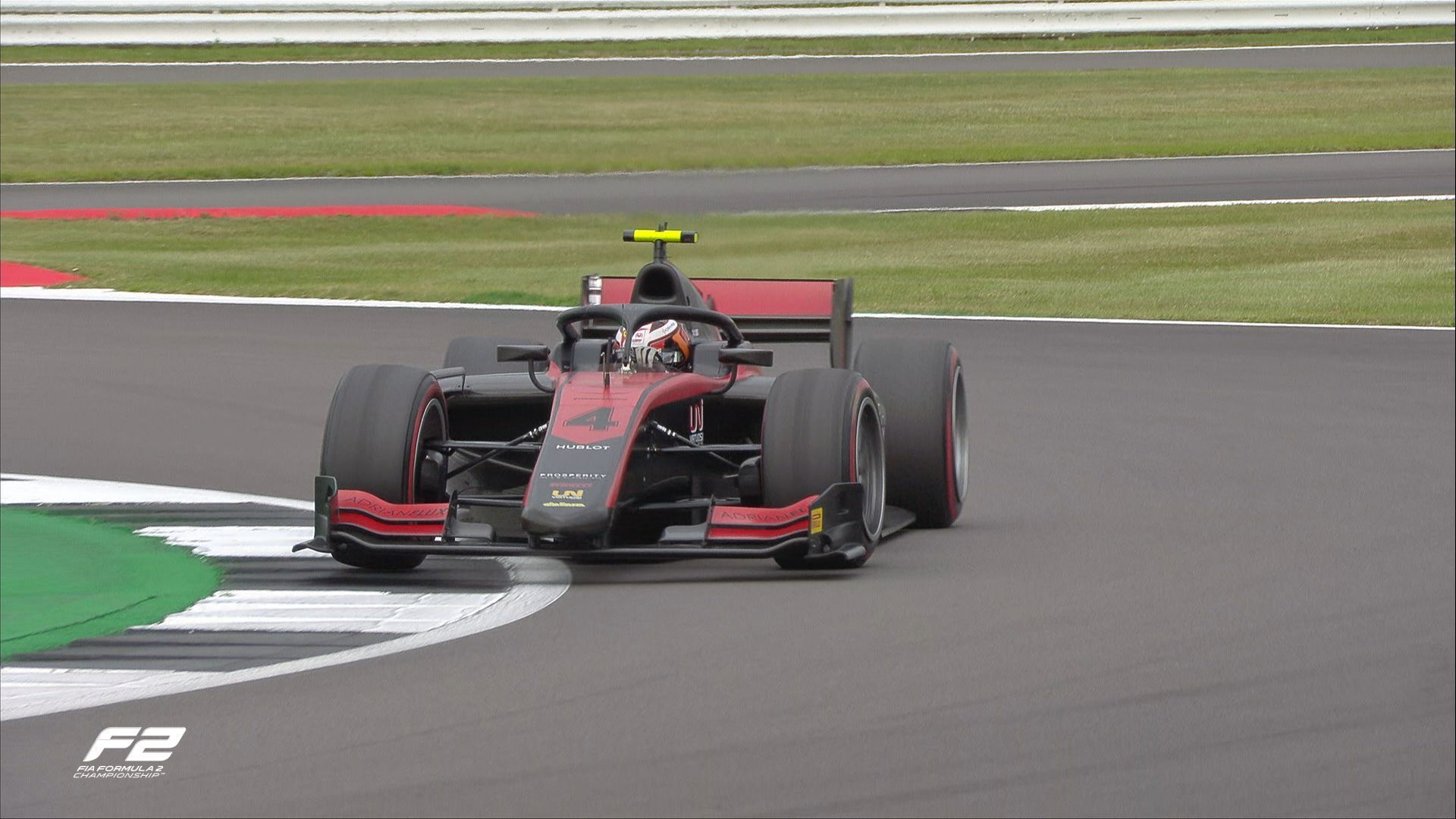 The first run in F2 qualifying for the second Silverstone weekend had ART Grand Prix’s Christian Lundgaard on top with a 1m39.177s ahead of Campos Racing’s Jack Aitken and Hitech GP’s Luca Ghiotto with points leader Prema’s Robert Shwartzman in 10th.

HWA Racelab’s Artem Markelov was on a different strategy as he set his best time done when the F2 field was in the pits. He was a net 18th as the final run was undone for most when DAMS’ Sean Gelael spun to bring out the yellow flags in Sector 2.

This helped UNI-Virtuosi Racing’s Callum Ilott to keep the F2 pole for the feature race at Silverstone with a 1m39.062s ahead of Lundgaard (1m39.177s) and Aitken (1m39.278s). DAMS’ Dan Ticktum did well to be fourth with Ghiotto dropping to fifth.

UNI-Virtuosi Racing’s Guanyu Zhou was sixth and was purple in Sector 1 when his lap was ruined due to yellow flags. Hitech GP’s teammate Nikita Mazepin ended up seventh from Prema’s Mick Schumacher, Charouz’s Louis Deletraz and Carlin’s Yuki Tsunoda in Top 10.

Prema’s Logan Sargeant headed the way in F3 qualifying with his second pole in the second Silverstone round as he beat Hitech GP’s Liam Lawson with a 1m45.063s lap to the latter’s 1m45.297s as points leader Oscar Piastri had a torrid time.

Twice he stopped on the track, where the first time he managed to get back but the second time he caused a red flag. The Australian could only manage 11th which was still better position for him considering the F3 field having 30 drivers.