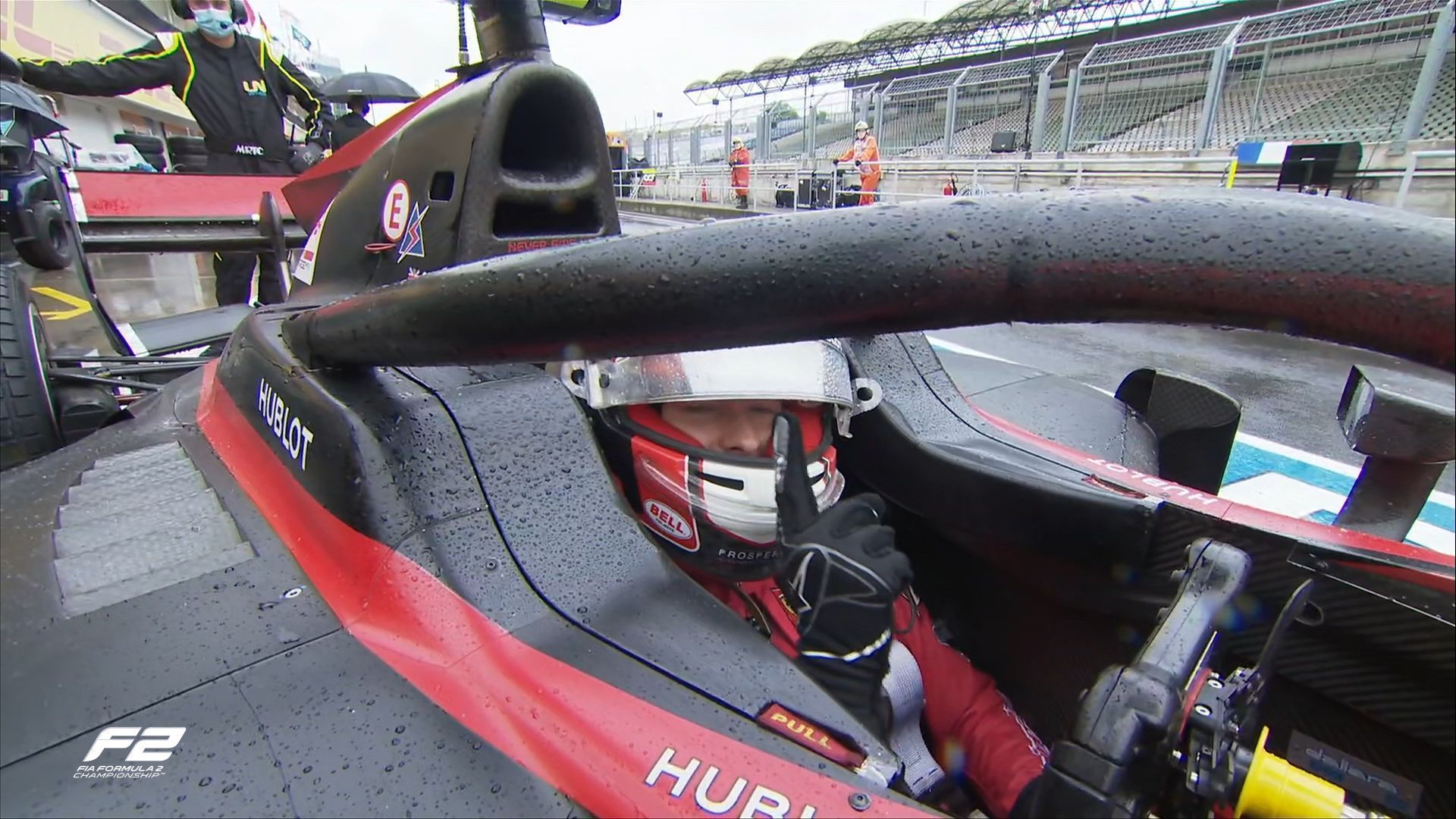 The wet conditions at Hungaroring prevailed from F1 to F2 as the qualifying session was quickly red-flagged when Campos Racing’s Guilherme Samaia spun-off. Even after re-start, there were spins and off for drivers including Hitech GP’s Nikita Mazepin.

But red flag ruined the day as the stewards decided not to re-start after an off for Carlin’s Jehan Daruvala. It meant, Ilott took pole with a 1m50.767s lap to be ahead of Hitech GP’s Luca Ghiotto (1m51.075s) and UNI-Virtuosi Racing’s Guanyu Zhou (1m51.290s).

F2 points leader Robert Shwartzman missed on a good finish to be 11th in his Prema with Charouz’s Louis Deletraz 12th from teammate Pedro Piquet as Carlin duo Yuki Tsunoda and Daruvala rounded out the Top 15 positions.

The F3 qualifying session saw same fate as F2 with rain playing a spoilsport but it was far bigger disaster with no times set after multiple offs for drivers leading into a red flag situation. The FIA eventually confirmed that session would resume.

It did so as ART’s Smolyar claimed his first F3 pole with a 1m51.348s lap from Prema’s Logan Sargeant and the other ART of Theo Pourchaire in tricky conditions still. The second Prema of Frederik Vesti ended up fourth as Jenzer’s Calan Williams was fifth.

The Australian surprised everyone with his performance as the rest of the Top 10 had Prema’s Oscar Piastri, ART’s Sebastian Fernandez, MP Motorsport’s Richard Verschoor & Bent Viscaal and Hitech GP’s Dennis Hauger.

UPDATE: Both the Trident drivers have been penalised by one place for incorrect tyre usage when coming to the F1 paddock from the F2 which is a breach of regulations. Sato drops to 20th while Nissany to 21st as a result.